Ministry Of Health Under Fire, Accused Of Conducting Experiments On Kenyans Over Their Deleted Tweet

By PiedPiper (self meida writer) | 25 days

Several Kenyans have heavily criticized Cabinet Secretary Mutahi Kagwe over his latest remarks on vaccination. The Ministry of Health shared similar sentiments in a tweet that has since been taken down. 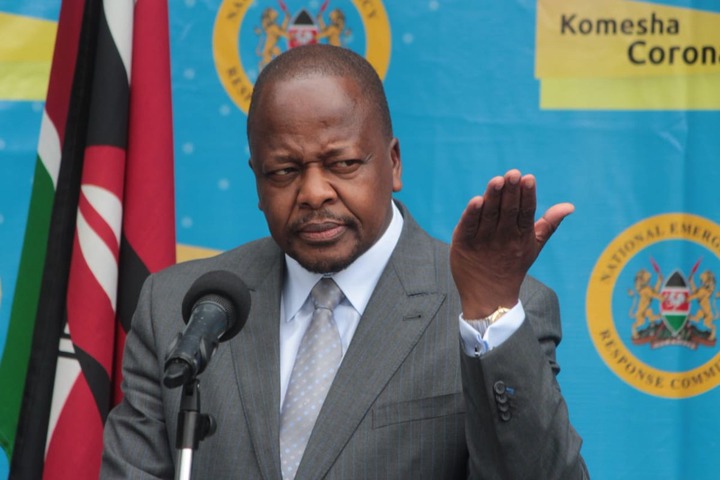 ''Yes, delete it. And not because it is unconscionably rude and irresponsible, but because there is nowhere else in the world where a government is so reckless and uncaring as to experiment with giving 2% of its population one dose of the Covid vaccine.'' Joyce Nyaro said.

The deleted tweet said that Kenyans are better off with one dose of vaccination than none. It stated that the ministry had not received reports of people dying because they had not received the second dose of the vaccine. 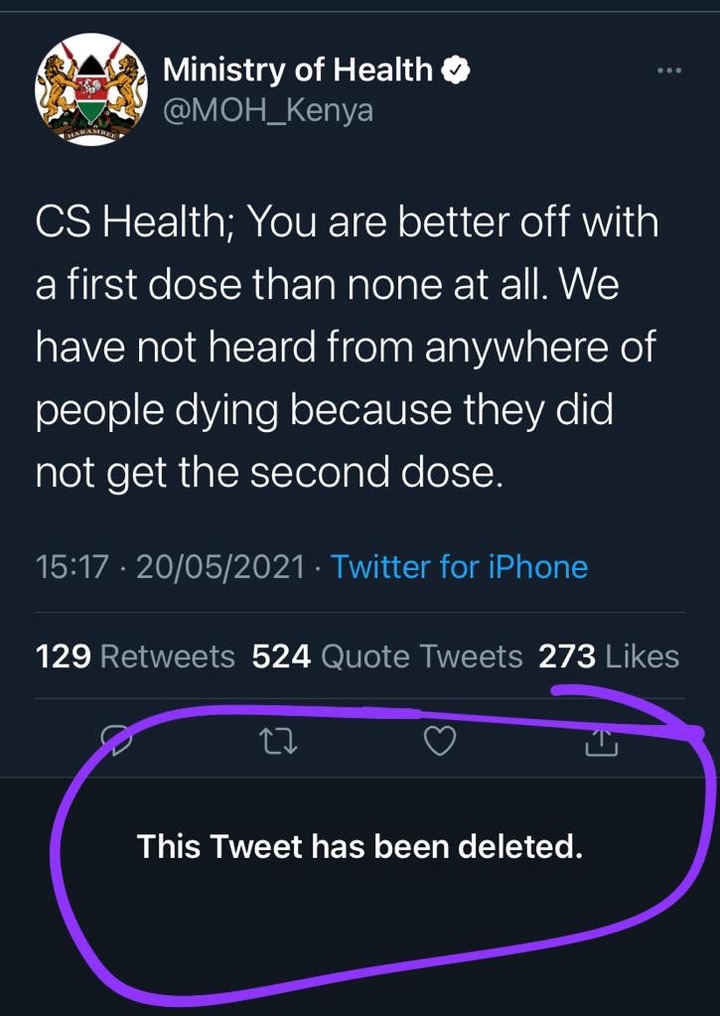 ''Ministry of Health deleted that tweet because they even know it was unacceptable. Nothing to defend here, the Cabinet Secretary should have earlier started negotiations with countries hoarding the vaccines since he keeps mentioning them, those are the updates we are awaiting,'' others added.

''I think we are overly sensitive as Kenyans sometimes, though. All countries that received the covid vaccine through the Covaz facility will delay receiving a jab because of what's happening in India. The serum institute, which is the one that produced the vaccines we received,'' some defended the ministry. 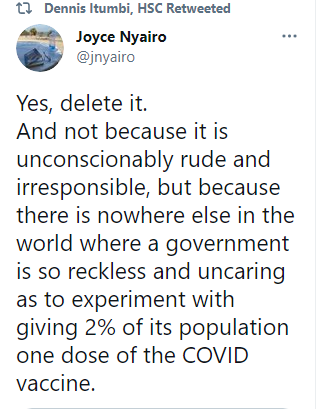 The tweet was deleted after garnering criticism from online users. Many, however, insisted that Mutahi Kagwe's remarks were recorded on tape, used for reference since the second dose fails to land. Several Kenyans have heavily criticized Cabinet Secretary Mutahi Kagwe over his latest remarks on vaccination. The Ministry of Health shared similar sentiments in a tweet that has since been taken down. 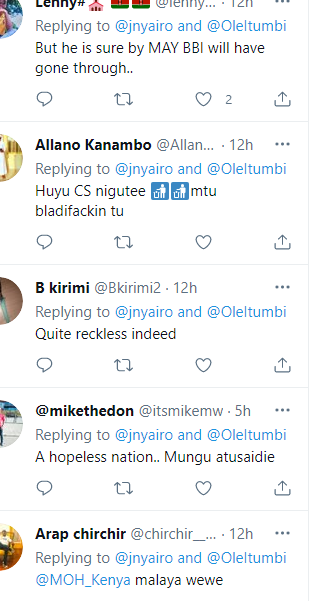 Raila's Convoy Blocked By Excited Residents Of Kangemi, Demanded Him To Do This (Video)

Cancer Signs Ignored By Most Women

Form One Selection Results Are Out, This is The Easiest Way To Check Your School Selection

The Pain That May Accompany COVID-19 Vaccine

Old Man Dies Under Mysterious Circumstances in a Lodging in Kirinyaga