By Enterpolitrics (self media writer) | 2 months ago 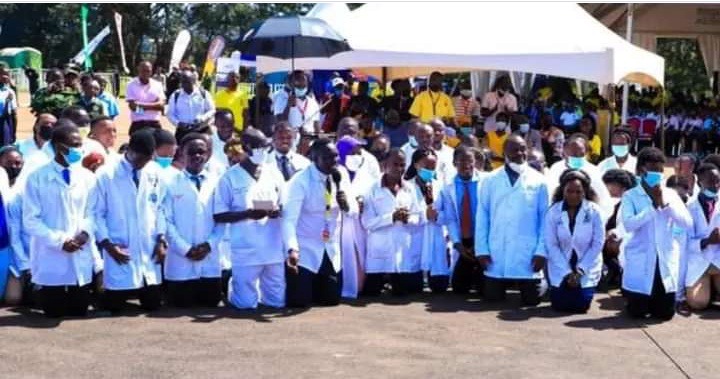 Kenyans have expressed mixed opinions after what a section of Ugandan doctors did. The Ugandan health officers were spotted kneeling down in front of the country's president, Yoweri Kaguta Museveni.

A reliable source of information indicates that the group of Ugandan health practitioners kneeled down as they begged president Museveni to consider running again for presidency in the country's 2026 general election.

Kenyans have expressed mixed opinions towards the Ugandan doctor's decision to kneel down before the president. A section of the netizens have joked about the incident.

One of the netizens hilariously noted that the doctor's kneeling was stage managed in a move to portray their president as a democratic leader.

Another netizen alleged that the doctors were payed or promised promotion just to kneel down. 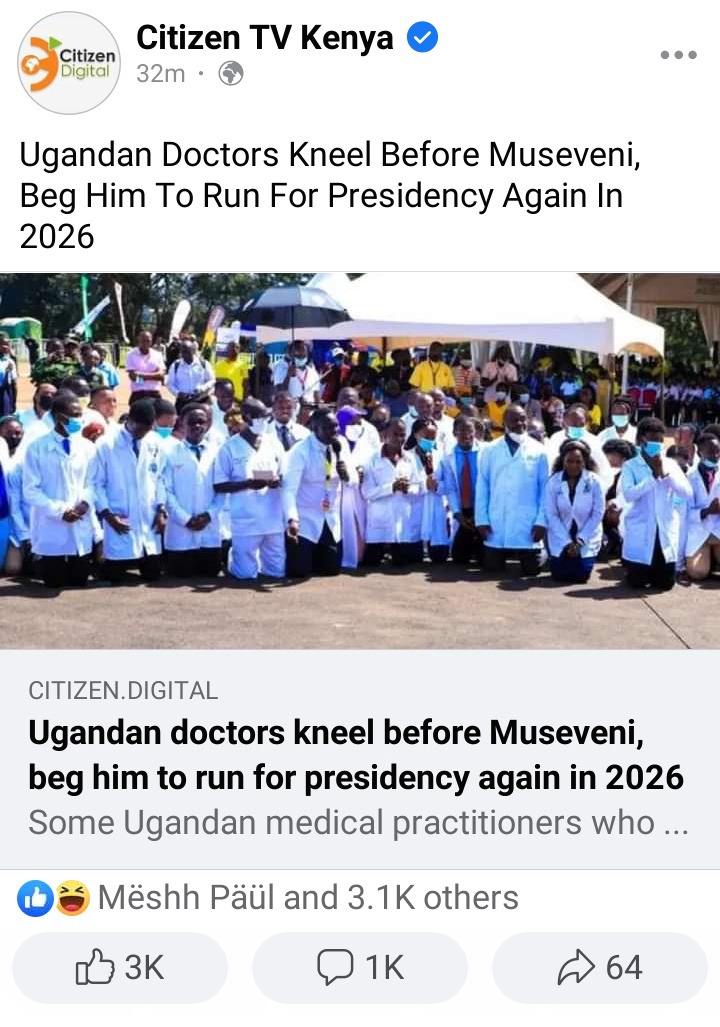 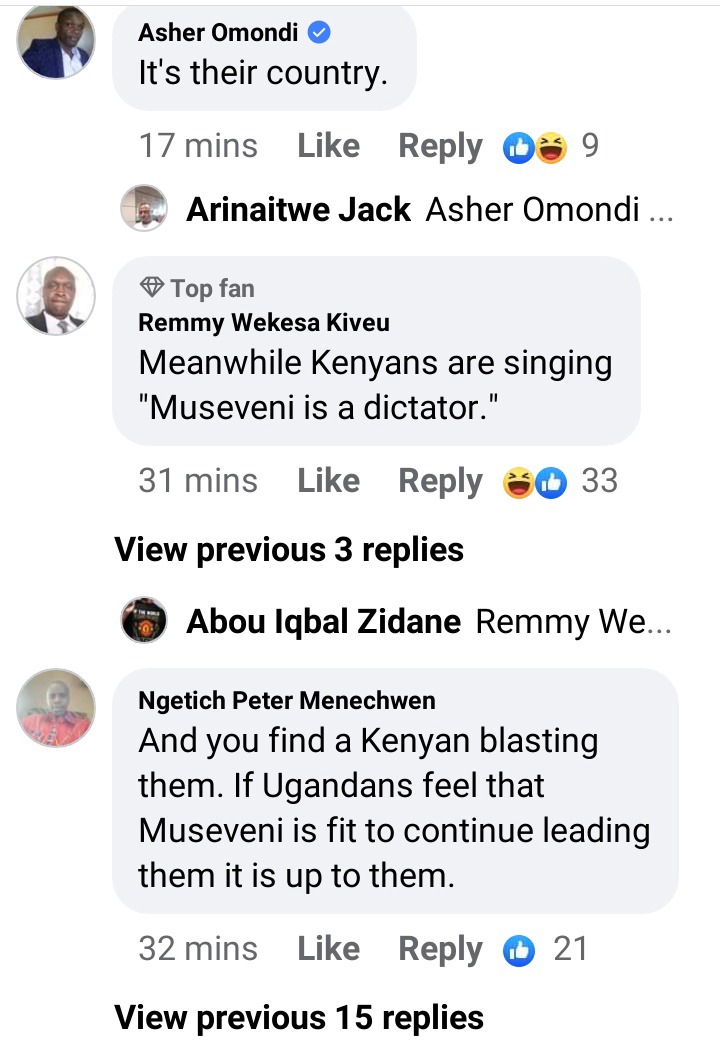 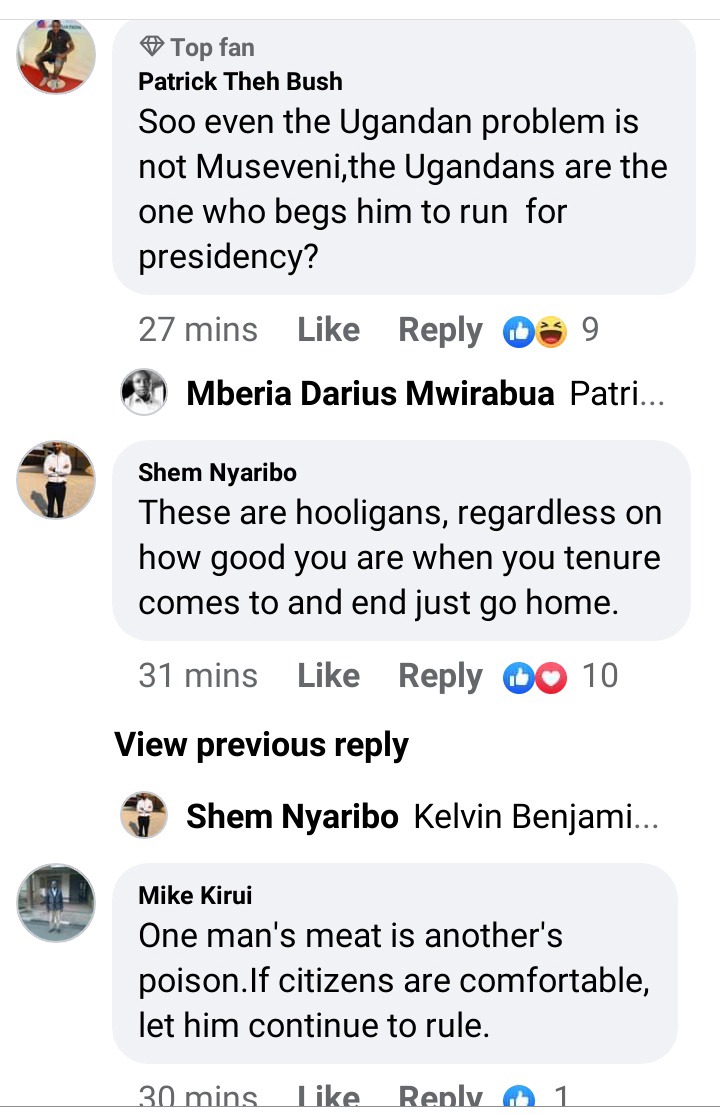 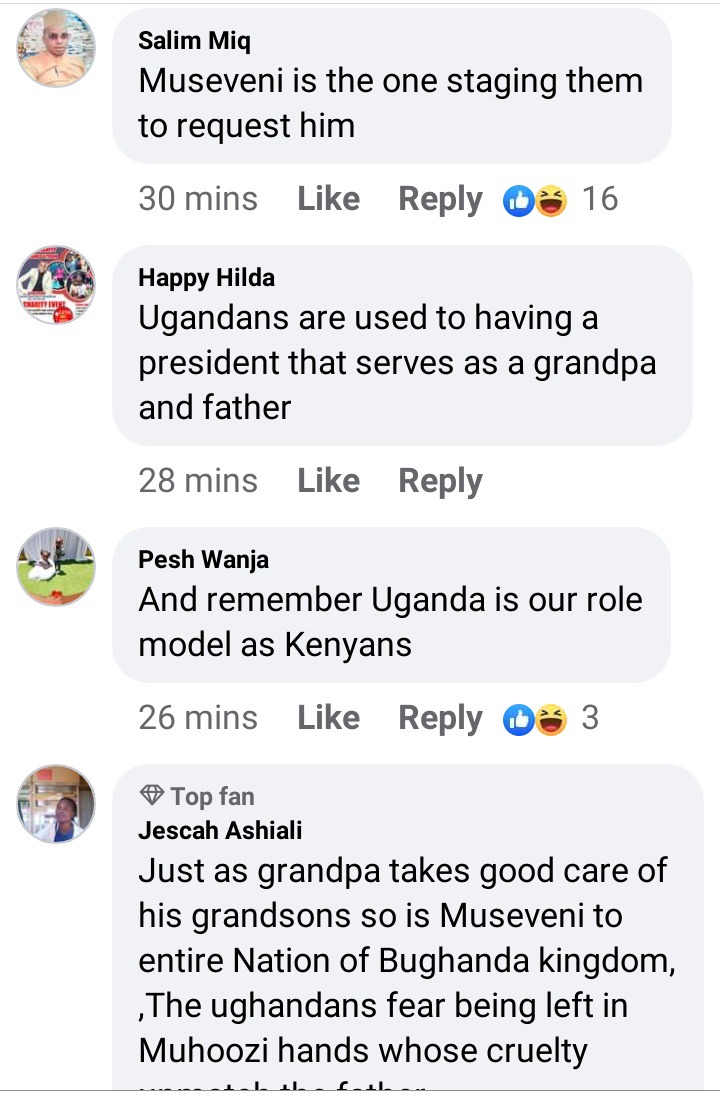 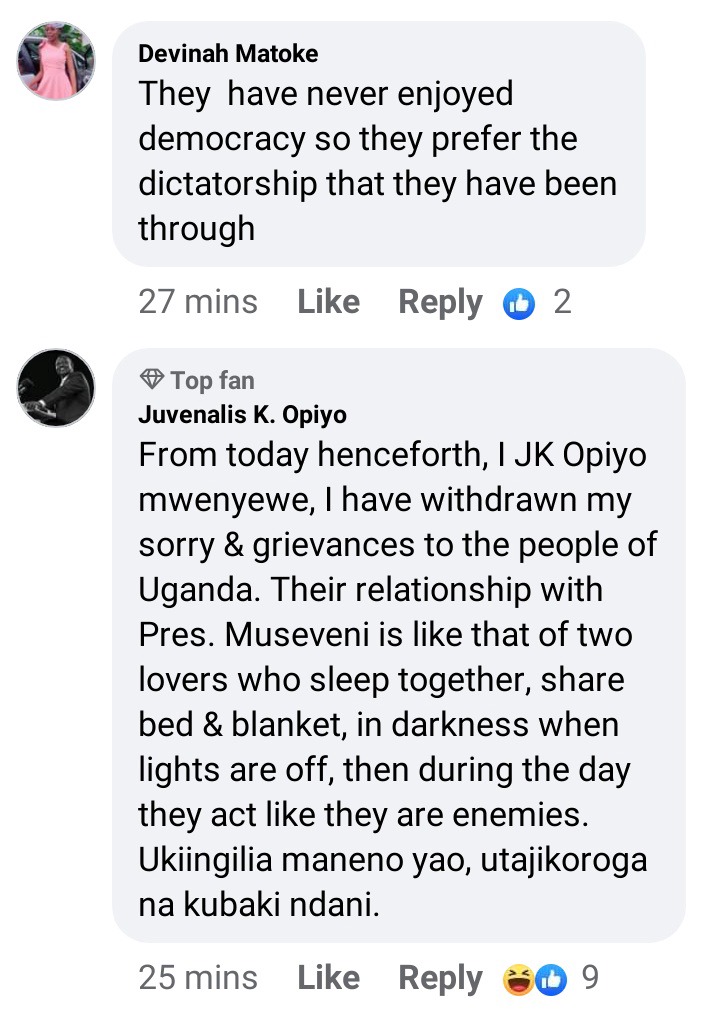