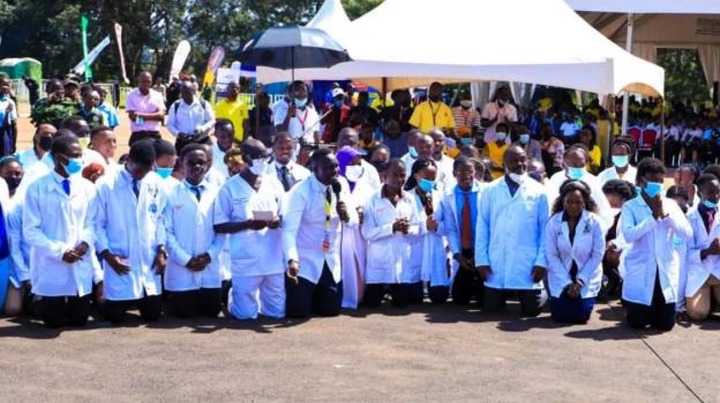 Kenyans On Twitter (KOT) has attacked Ugandan Doctors for kneeling before President Museveni begging him to contest again in the 2026 presidential quest.

According to the report, some Ugandan practitioners who are also members of the Uganda Medical Association (UMA) were seen kneeling before the president begging him to consider running for the 2026 polls.

This action has elicited mixed reactions from kenyans on Twitter who have now attacked them claiming that another individual can make a good leader instead of praising one leader from 1986. 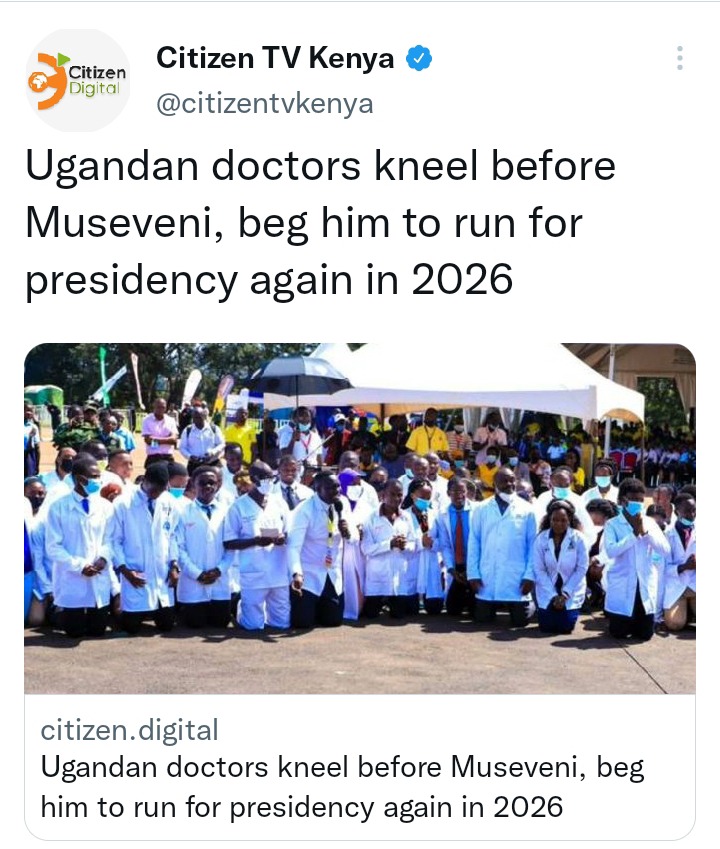 Kenyans have attached the Ugandan Doctors claiming that they should also try another leader in the presidential position instead of entrusting one leader all these years. Some believe that the doctors were paid by President Museveni to show to the public they he is entrusted by doctors across the country.

Below are some of the reactions from kenyans.

Bandito: Fully script museveni must have paid them.

Javas Bigambo: Highly unlikely that a person who has studied for 6 years to be a MD can behave this way. Normal sensational reporting by our renown Githeri media.

"So in Uganda there's no one who can be President not yet born. Museven keep ruling them."

Mutisya: Have they sank that low? Sycophancy at its worst. 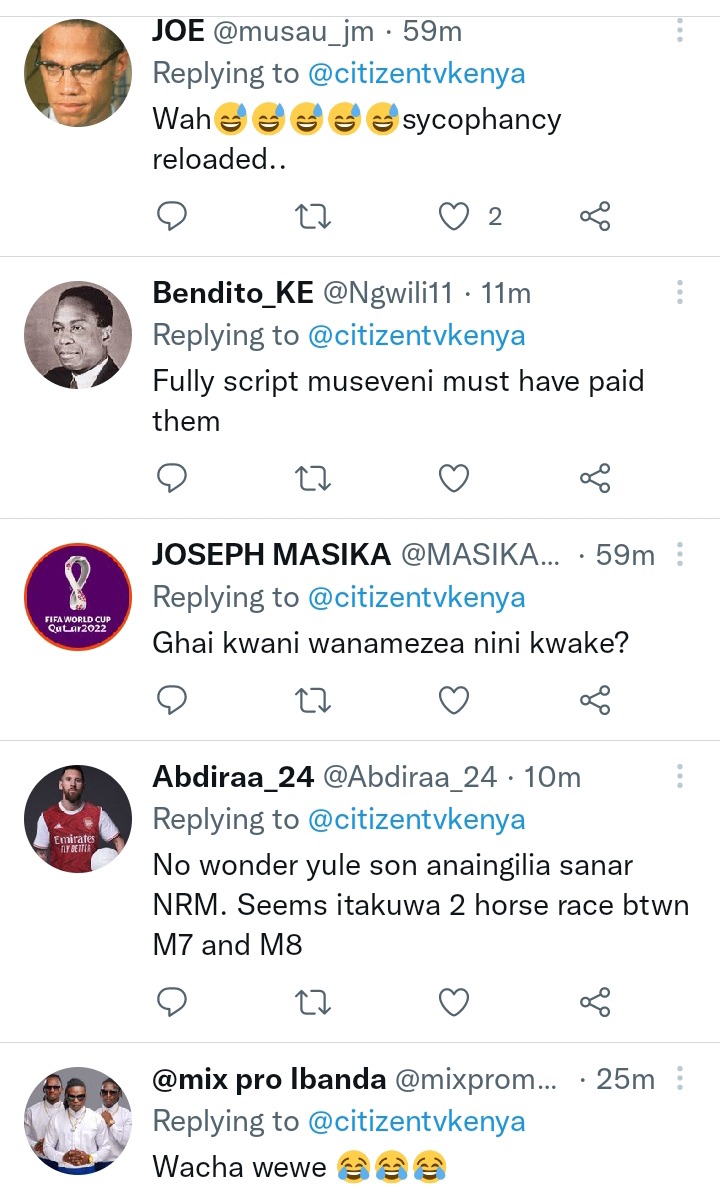 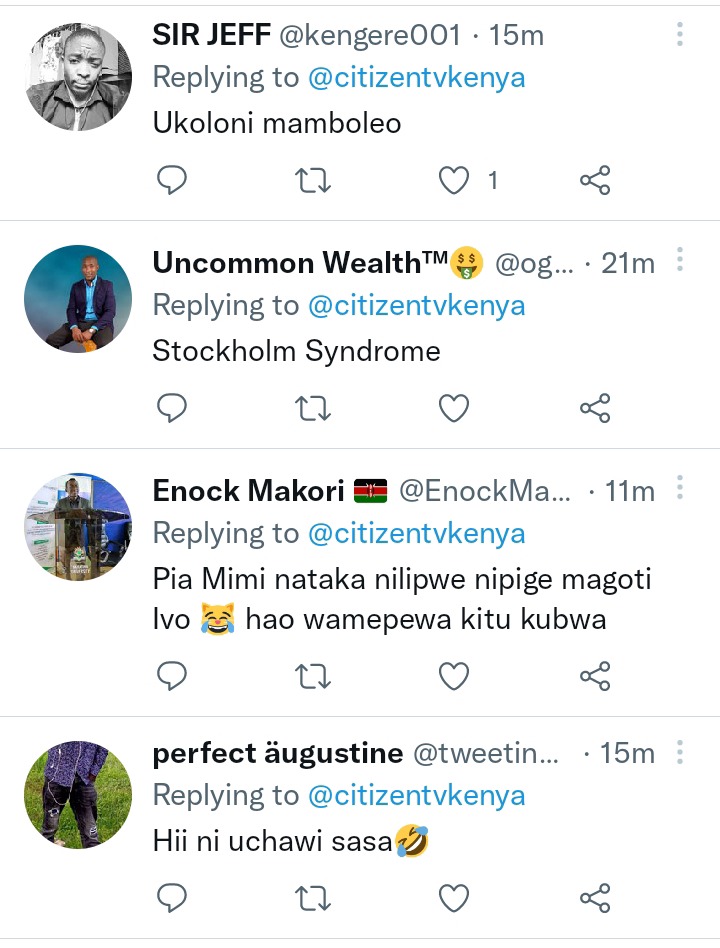 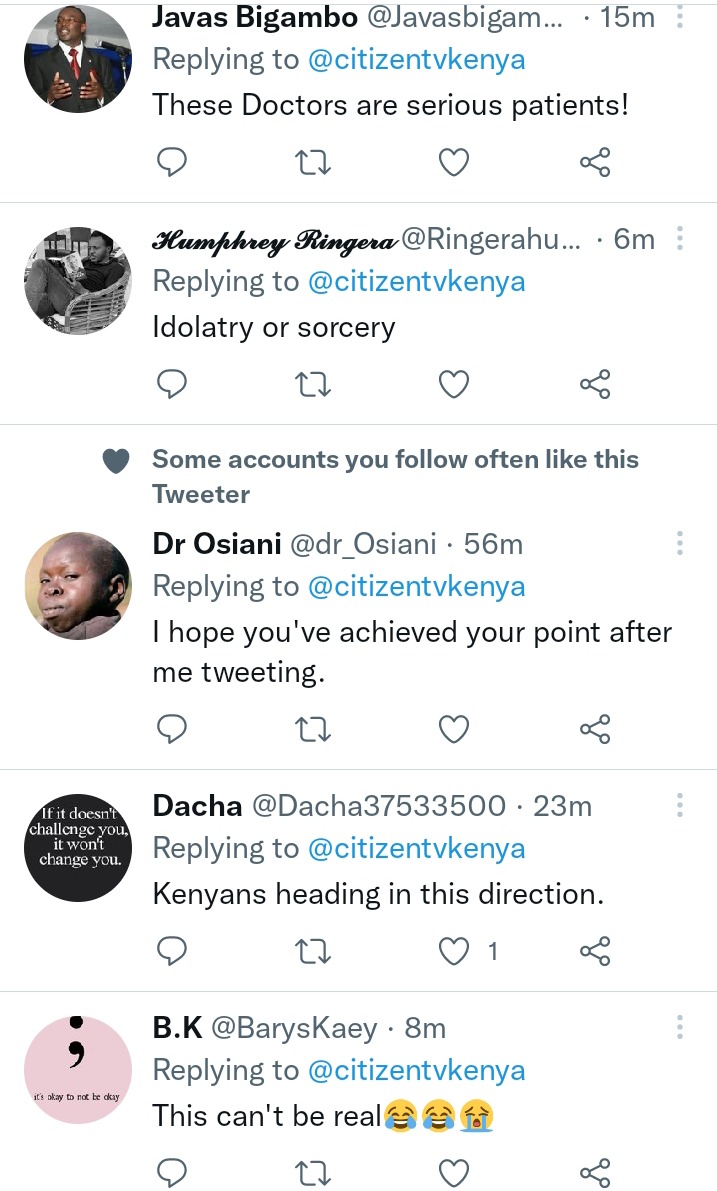 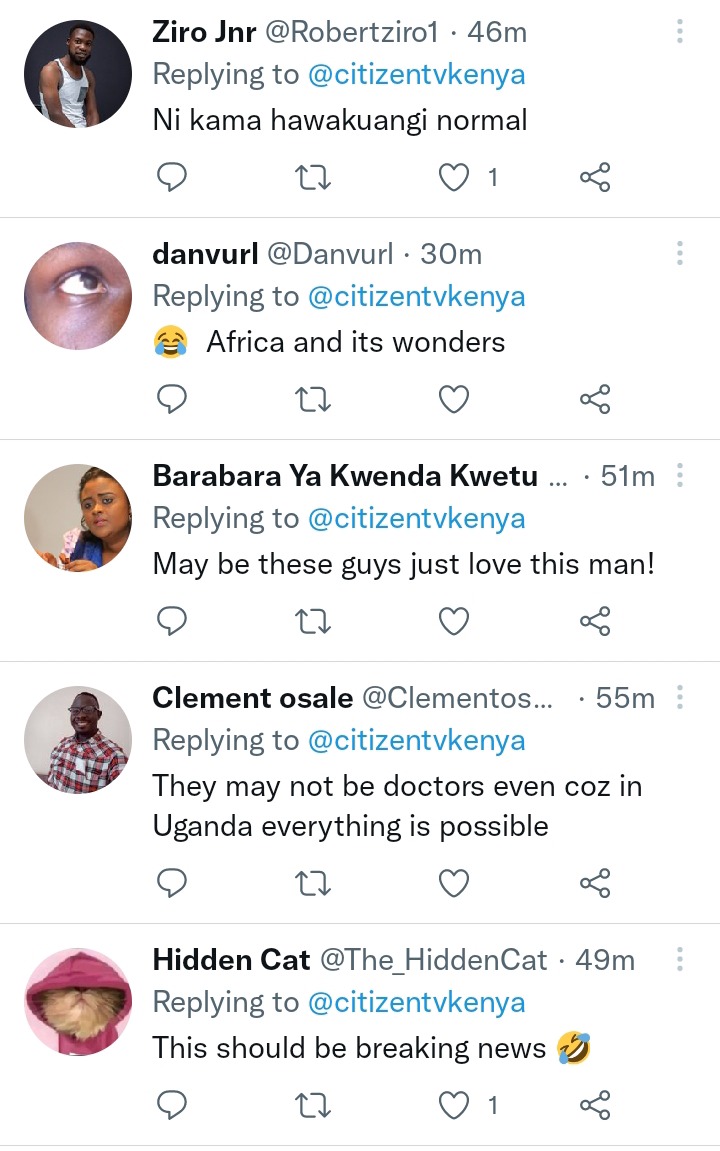