Father to Quintuplets Born in Kisii Wanted to Become a Priest

By Sonofbatman (self meida writer) | 29 days

Earlier this week, a woman named Stallah Nyanchera walked into Kisii Teaching and Referral Hospital to deliver quadruplets. Unbeknownst to her at the time, she would actually give birth to five kids, contrary to the scan that had revealed she was to deliver four. 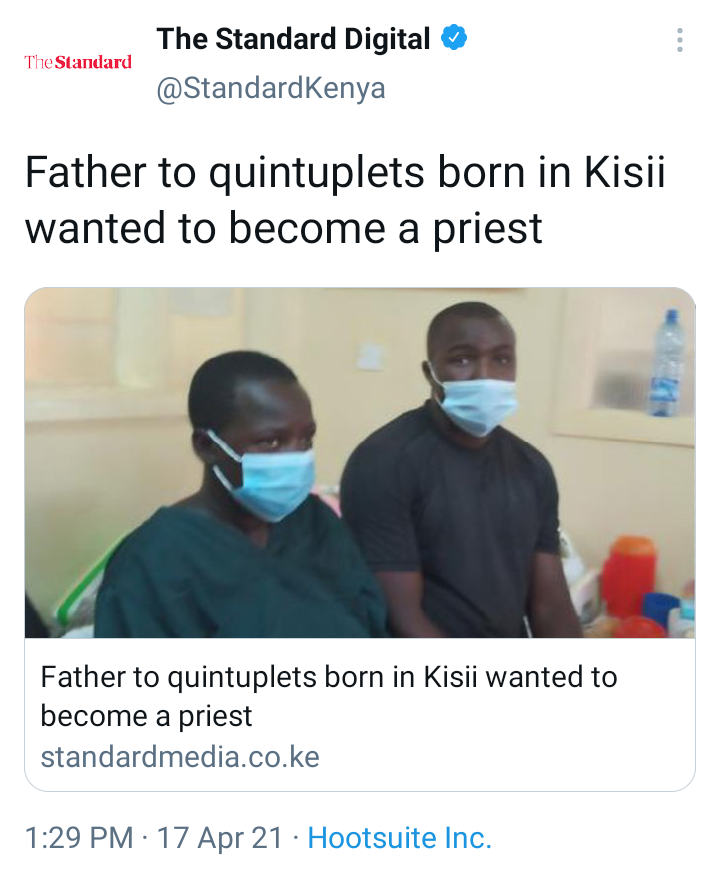 Douglas Nyaoko, initially wanted to join priesthood before he decided to get married at the mere age of 23. Nyaoko lived at the Kisii Cathedral and thanks to the encouragement of priests at the institution, he wanted to be a priest. 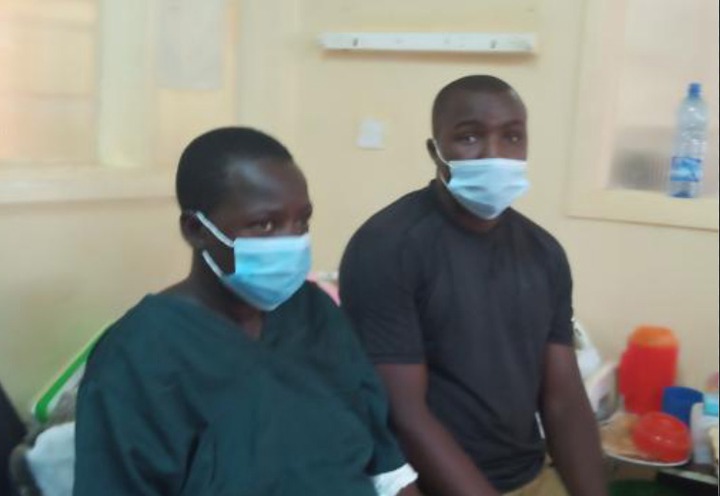 Joseph Obanyi, the then Kisii Cathedral Vicar General, encouraged the young man to pursue priesthood. However, his dreams were cut short when his family members said that they would not pay for his schooling if he joined priesthood.

Nyaoko finished his form four education in 2018 and he earns a living through menial jobs in Kisii Town. He says it's been hard to feed and clothe his family and now, it will be even harder to do so.

Kenya Power Announces Long Power Interruptions on Monday, Check if Your Area Will be Affected

Beware These Areas Will be Under Maintenance Tomorrow, Expect Power Outages

Fans Reaction: Ek Willing Could Buy Off Arsenal at Kroenke's €2B Bid

Big matches to win you big this Sunday

Milly Wajesus Goes With Taji To The Market.

Missing School Girls Arrested In The "Act" For Prostitution Work With An Aim Of Making Faster Money.