The HIV/AIDS pandemic is a health crisis globally with enormous spiritual, social, economic and political implications. It is common knowledge that HIV/AIDS has no cure to this day. It is a health problem that so far has defied scientific solution World estimates (UNAIDS, 2004) of the HIV/Aids pandemic at the end of 2004: More than 35 to 44 million people in the world infected In 2004 almost 5 million people were newly infected. 600,000 people are infected daily. 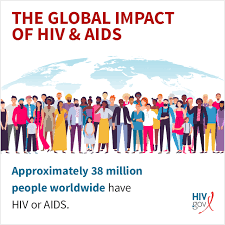 More than 20 million people have died of AIDS since the early 80s. Currently, AIDS has orphaned more than 14 million children under the age of 15. Nearly 12 million young people, aged 15-24 are living with HIV/AIDS. Of the 5 million new infections, about half were among young people aged 15-24. And of these infections, almost two-thirds were among women The pandemic poses a spiritual challenge to the faith community or the religious leaders of the Christian faith to provide a theology that adequately explains God's providence in the face of extreme suffering of both the infected and affected, and a traumatic and an early death for all the infected. 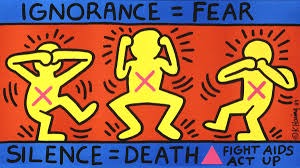 2. HIV/Aids in Africa ; Sub-Saharan Africa is the most severely affected and infected with 17 million people already dead (UNAIDS, 2004). In many parts AIDS has killed families and wiped out whole villages. More than 25 million people are infected. Of the infected women comprises 13,3 million. For every boy five girls are infected. In 2004, 3,8 million were newly infected. Approximately 50 people die per minute. Presently 12 million orphans that can grow to 42 million by 2010. In the Democratic Republic of the Congo the picture is also bleak: More than 2,4 million infected. 1,3 million are women. 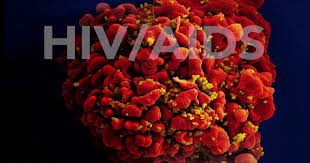 Content created and supplied by: bentexm001 (via Opera News )

Kenyans on Facebook React to Photos of Wajackoya With His Daughter, Here's What She is Pursues