9 Fitness Facts That Will WOW You

By kipkoech02 (self media writer) | 1 month ago 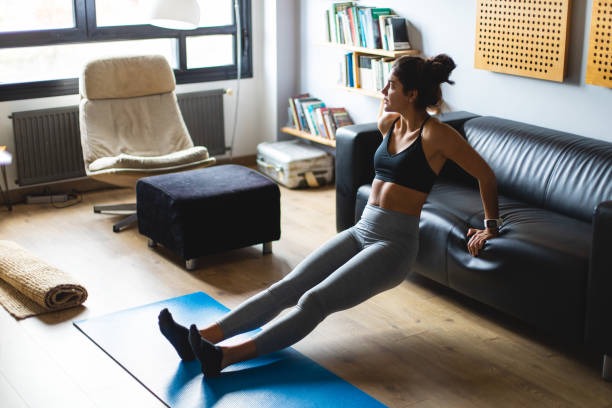 How much do you know about working out? You could be pleasantly surprised. We've compiled a list of workout facts that you may not be aware of, whether you're a gym rat or a beginner exerciser. Here are nine fitness facts that will wow you.

1. A Gym Membership Won't Make Up For The Hours You've Spent Sitting

Do you believe that your fitness class or gym visit compensates for the fact that you work at a desk all day? Reconsider your position. Even if you are normally physically active, sitting for lengthy periods of time puts you at risk of serious illnesses including heart disease and diabetes, according to a number of scientific studies. Consider what you're doing for the other 23 hours of the day when you're at the gym or playing sports. It is critical to make an attempt to move more frequently throughout the day in whatever way you can; even the smallest exercises carried out on a regular basis can have a significant impact on your health.

Many people use exercise as their only means of weight loss, however studies show that exercise alone, when accompanied with dietary adjustments, achieves very little weight loss. According to a study published in The British Journal of Sports Medicine, when a group of obese persons completed 12 weeks of supervised cardio workouts without dieting, the majority of them did not lose any weight. It's crucial to note, though, that while exercise may not lead to weight loss on its own, it does have a slew of other health benefits.

3. Getting Active Assists You In Achieving Your Objectives

Starting a fitness program will not only benefit your body and health, but it will also assist you in achieving other life objectives. Regular exercise helps individuals's goal-setting, organization, and discipline - both at work and in other aspects of life, according to a study of participants training for a marathon in New York. Smokers who exercised were twice as likely to quit and stay cigarette-free than smokers who did not exercise, according to a research published in the Archives of Internal Medicine.

4. Stretching before a run can reduce endurance.

Many of us have been trained to warm up before exercising, but new research suggests that stretching before a run may not be useful. Stretching before a run, according to a study published in the Journal of Strength and Conditioning Research, made a runner's body less effective, causing them to perform worse and be unable to run as far. Rather than stretching, warm up with a stroll and running-specific motions before your run to mobilize your joints. After that, you should be sure to stretch as part of your post-run routine.

You would not think that surfing Facebook might help you achieve your fitness objectives, but new research reveals that joining the site can significantly increase your fitness motivation. To begin with, the continual threat of being tagged in an ugly photo has made social media sites a major weight reduction motivator for many of us. Unflattering Facebook images have been revealed as the new number one weight loss trigger for Brits, according to a Fitbit study. Furthermore, according to Fitbit data, 64% of those asked felt driven to exercise as a result of fitness claims made by their Facebook friends.

6. Exercising in the morning may make you sick

While regular exercise is beneficial to your health, studies show that night owls may have an advantage over early risers. Heavy exercise sessions early in the morning, according to a study by a researcher from Brunel University in Middlesex, weakened the immune system and put athletes at risk of infection from bacteria and viruses. While a morning jog or mild exercise session is unlikely to put you at risk – and may even be a good way to start the day – larger activities should be saved for later in the day.

7. Exercise Has Different Effects On Women And Men

Although exercising as a couple is beneficial, it may not be a good idea for women to follow the same training routine as their husband. Women and men respond to exercise and diet in different ways, according to a new study from the University of Missouri, and women need to exercise more and pay more attention to their food to achieve the same benefits as men. While working out with a partner might help you stay motivated, attempt to adapt your routine to achieve the results you desire.

While marriage has many health benefits, research shows that singletons are considerably more likely than married persons to exercise on a regular basis. Only 27% of individuals questioned met the prescribed 150 minutes of physical exercise per week, according to a poll commissioned by the Department of Health, with 76 percent of men and 63 percent of women married. This, according to the experts, is because married couples "let themselves go" as they become more at ease with each other.

While attending a gym is one of the most popular New Year's resolutions, data shows that 60% of gym memberships are unused by mid-February, when gym attendance returns to normal. Rather than squandering money on unused memberships, new exercisers can take advantage of free or low-cost opportunities to exercise by going for a run or hike, attending free taster sessions of classes they might love, or enrolling in pay-per-class fitness classes.

Content created and supplied by: kipkoech02 (via Opera News )