Two physicians in Kabarnet, Baringo County gave the Ethics and Anti-Corruption Commission the land on which their hospital is located (EACC).

The two doctors named as Kibet Ruto and Charles Kurgat turned over Kerio Hospital in Kabarnet Baringo County on Thursday, September 29 according to a statement released by the state agency on Saturday October 1.

When they learned that the property had been forcibly taken from the housing department of the Government of Kenya they had purchased it in 2017 for Ksh4.2 million.

Two doctors from Karbanet have voluntarily given the EACC public land worth Ksh5 million after realizing it was stolen from the government before being sold to them.

The land was allegedly illegally obtained in 2004 and sold to the doctors in 2017 according to the anti-corruption commission.

The land projected worth of 0.185 ha has since increased to Ksh5 million according to a 2022 valuation.

The two doctors were praised by the panel for their valor and patriotic deed noting that it was an unusual occurrence in Kenya. 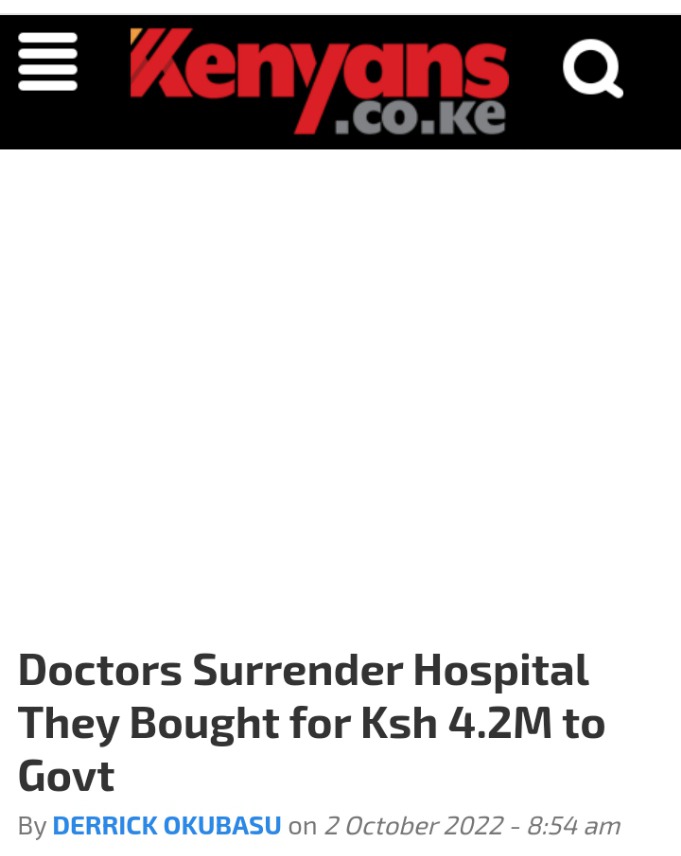 How To Remove A Curse Using Salt And Lemon

Forging Ahead Through It All, A Story Of Love, Pain, Tribulations And Perseverance By Godfrey Munoko

Opinion: Why You Should Avoid Eating Boiled Eggs Daily

4 Signs You And Your Partner Might Lack Intellectual Compatibility