By AyodiK (self media writer) | 5 days ago 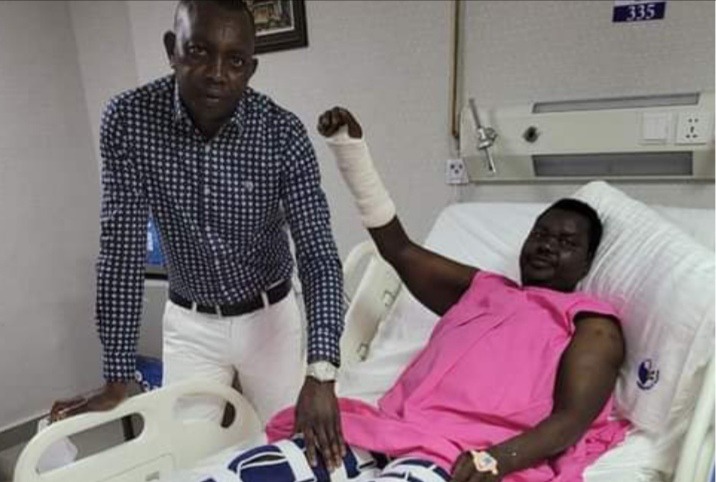 Kapseret member of parliament Hon Oscar Sudi today took to social media to inform Kenyans about the current predicaments of one of His fellow Lawmakers who was Hospitalized, although He didn't open up on the real cause of His sickness that attracted sympathy from Kenyans.

In a message through Facebook, Sudi says that He took His time today morning to reach out to Hospital to offer His message of Hope to the Ainabkoi Mp William Chepkut who has been Hospitalized after undergoing a condition that has not been disclosed to the Public, ever since He last attended His last Parliament proceedings.

According to the pictures taken in the scene, Mp Sudi was standing besides the bed while holding the feet of the Mp, who appeared to be having bandages in His arms and supportive like material that was used to tie His legs on the Bed. Another Man, who was not identified was also present, and appeared to be Sudi's companion who was also there with the same mission.

Over the recent few months, the Ainabkoi Mp has been out of the Public limelight, and even reduced the rate at which He has been operating His social media handles, compared to earlier when He was one of the vocal Legislators who participated in the current affairs of the Nation. 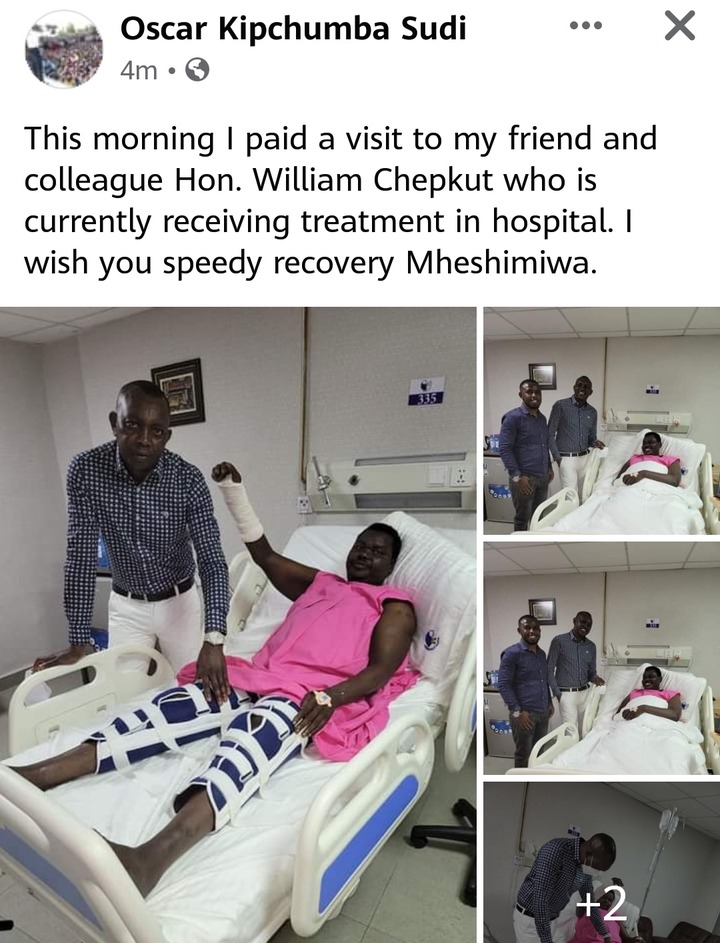 Hon. Sudi's move to visit the Hospital however has attracted mixed reactions, since they have been having loggerheads on several occasions, since Chepkut has been criticizing the UDA Party while calling them out for Alleged corruption scandals and their UDA fake ideologies that has no meaning and ability to help Kenyans out of poverty. Many didn't expect Tangatanga Mp to be there.

Kenyans who flocked the comment section of Sudi showed different ways of thinking, some congratulating Him for His kind love of visiting His fellow Mp, while others asked Him to improve the Medical facilities so that all Kenyans including Leaders can access quality medical care.

Here are throughts from Kenyans : 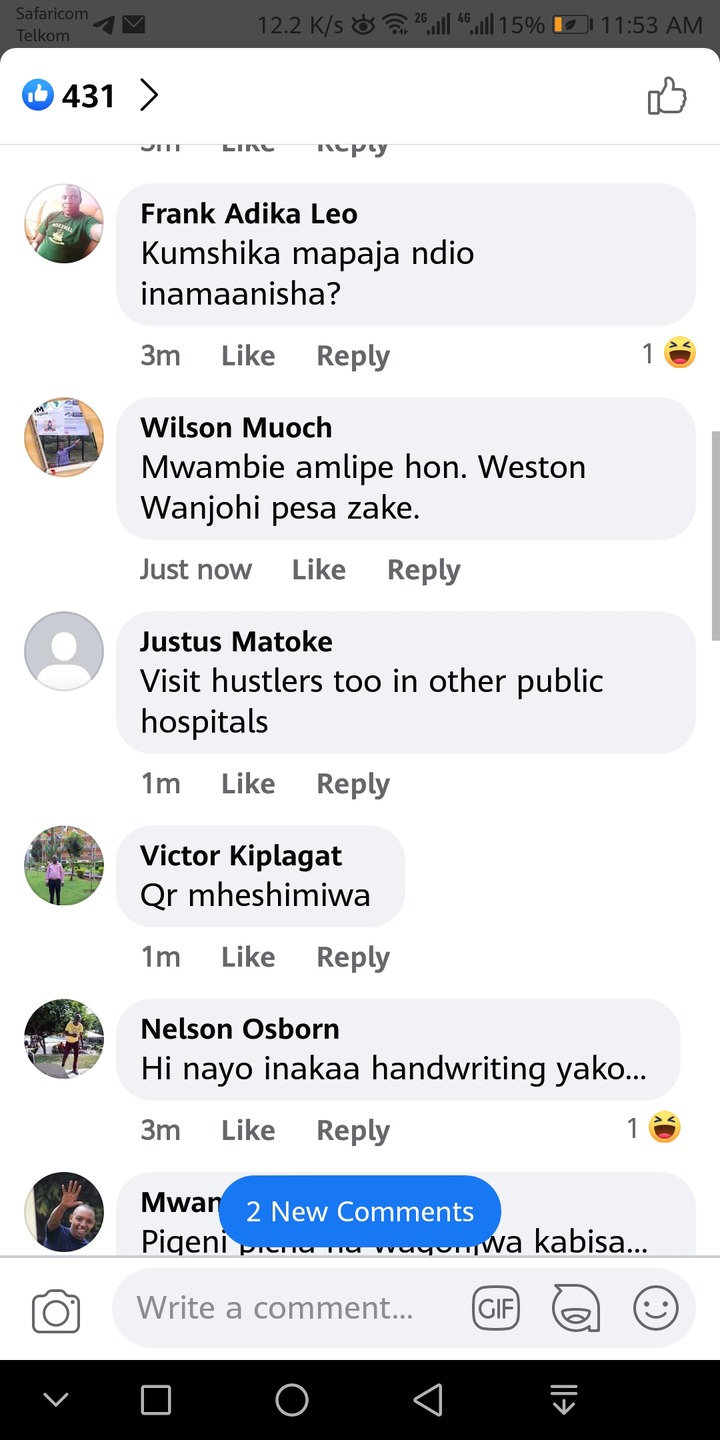