What Happens If a Woman Takes Viagra?

Sildenafil is a drug that is used to treat erectile dysfunction and pulmonary arterial hypertension. It is sold under the brand names Viagra and others. It is unknown whether it is beneficial in the treatment of female dysfunction. It can be administered orally or injected into a vein.

Erectile dysfunction is treated with Viagra, the well-known tiny blue pill. However, it is more commonly used by men than by women.

First and foremost, the US Food and Drug Administration does not recommend or approve Viagra for usage in women. Viagra is only available by prescription in other countries and the FDA's clearance of the drug is limited to users under the supervision of a licensed healthcare professional.

From the research, In the United Kingdom, men over the age of 18 can buy Viagra over the counter without a prescription, but the pharmacist should ask a few personal questions before handing over the medication. So don't do this at home and only take Viagra if you satisfy the prescribed conditions and have the OK from your doctor.

WHAT IS VIAGRA AND HOW DOES IT WORK?

The medicine called sildenafil was supposed to stop an enzyme called PDE5 from doing its job to help in the treatment of chest pains. Sildenafil stimulates blood arteries to relax by inhibiting PDE5, increasing blood flow and reducing blood pressure.

A strange adverse effect of the medicine, however, was discovered. There are several types of PDE, but the one that sildenafil targets are PDE5, which is highly expressed in the penis' corporal erectile tissue. This indicates that the medicine is very good at increasing blood flow to the penis, which leads to an erection. Because erectile dysfunction affects men of all ages, there was a clear market for an oral pill that caused erections without causing harm, and the drug was approved for medical use in the United States and the European Union in 1998.

Side Effects of Viagra on the body

WHAT DOES VIAGRA DO TO WOMEN 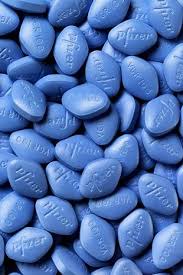 Although Viagra is not approved for general use in women by the FDA, several scientific studies have explored what effect its active ingredient has.

It’s known that PDE5 inhibitors, such as sildenafil, also cause an increased blood flow to the women's clitoris, which results in a clitoral erection. This is because PDE5 is also expressed in vaginal, clitoral, and labial smooth muscles, just like the corporal erectile tissue of the penis.

Broader evidence that it can benefit women with low libidos is inconsistent and lacking. As one example, a larger randomized clinical trial in 2002 looked at whether sildenafil could help women with female intimacy arousal disorder but it had no significant impact.

As well as this lack of evidence, the drug can bring some unwanted side effects. Furthermore, there’s a lack of data on whether the drug is safe for women since the drug is overwhelmingly used by men. This means, in this scenario, to treat erectile dysfunction, the drug was likely only tested on men and the real impact the drug might have on women, particularly in the long term, is shrouded in uncertainty.

However, there is a real need to better understand the effects sildenafil has on women given the potential benefits the drug might have for other conditions. Viagra can significantly reduce the risk of another heart attack and increase the life span in men already diagnosed with cardiovascular disease. Just recently, it also wards off Alzheimer’s disease.

Women have drugs called flibanserin, which comes in little pink pills sold under the brand name Addyi, bremelanotide, or Vyleesi. The FDA has approved both these medications in recent years to treat acquired, generalized hypoactive intimacy desire disorder, essentially a lack of libido in pre-menopausal women.

However, there is a significant amount of controversy surrounding these drugs. Unlike Viagra, which sparks a purely physiological reaction, these two drugs act on brain chemistry that's associated with mood and thinking flibanserin was initially developed as an antidepressant.

How effective they are is unclear as results are mixed and they are associated with undesirable side effects. The lack of directly comparable drugs for women, with proven results and easy access, has fired up discussion about how female intimacy is treated in science, as well as the medicalization of low desire drives.