The Omicron variant of COVID-19 has come with its own issues including some affected countries being banned from visiting some specific countries. For instance, South Africa where the new variant is believed to have originated has cried foul of being banned from flying to some countries. 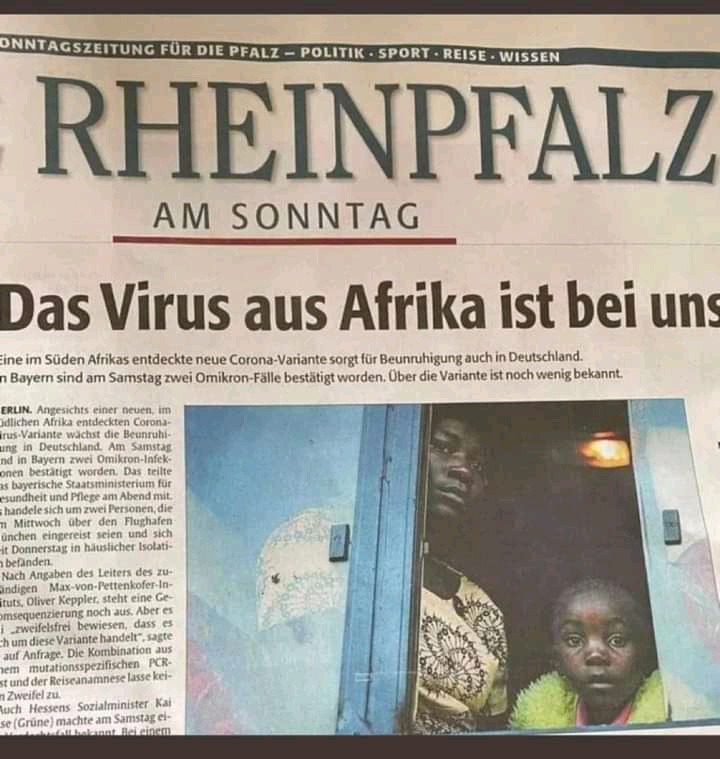 To make the matter worse, a popular newspaper based in Germany has allegedly reported negative news concerning Africa. According to their headline, it is believed that the newspaper reported that the virus from Africa is currently in their country.

According to one Facebook user, he claims that the headline on the newspaper is totally misleading and defamatory. He went ahead to condemn the newspaper for labelling Africa as the origin of all the negative things that happens in the world. 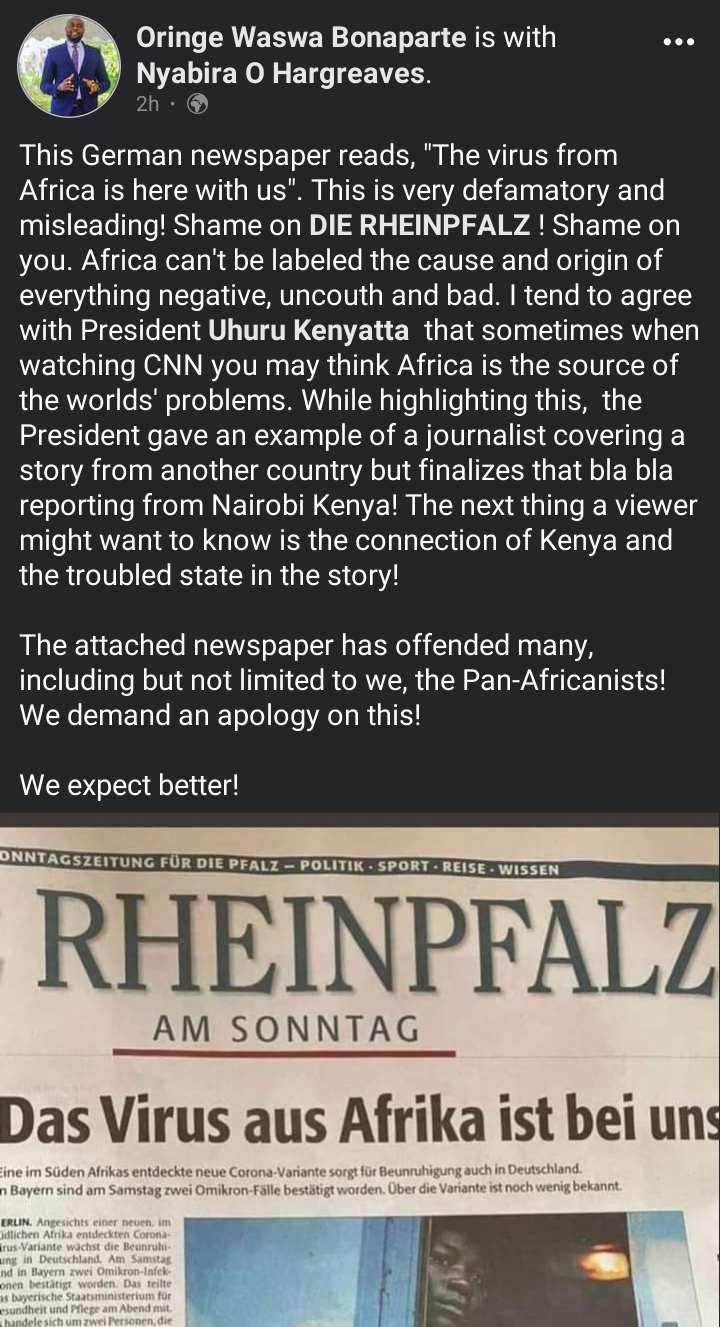 Additionally, he claims that most international media stations and newspapers usually reports negativity about Africa. Recently president Uhuru Kenyatta admitted that he has stopped watching those media because he feels like they are always addressing Africa in a negative way.

Netizens have reacted to the whole issue claiming that Western media has no respect to Africans. They treat them as the source of all the bad things that are happening in the world. Here are some of their reactions.

26 Benefits of breastfeeding for mother and baby

Boy Complain Of Jaw Pain, Then Dentist Look Inside His Mouth And See 526 Teeth.

'Sold My Unborn Child For Sh 20,000' Faiza Recounts Her Addiction To Hard Drugs.

The Dangers of Lipstick to Both Men and Women.

'Mind Your Uterus, Zaa Wako Ufiche' Vera Claps Back at Huddah's Allegations in a Cryptic Message