According to the WHO, an increase in COVID cases around the world is On The Rise

By MarcusMbugua (self media writer) | 3 months ago 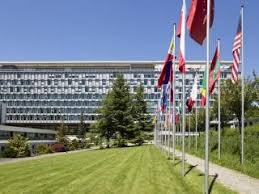 Figures showing a global increase in COVID-19 infections may foreshadow a far larger problem, while some countries report a reduction in testing rates, the WHO warned on Tuesday, urging governments to be cautious against the virus.

After more than a month of decline, COVID cases began to rise around the world last week, according to the WHO, with lockdowns in Asia and China's Jilin province battling an outbreak.

According to the WHO, the increases were caused by a mix of causes, including the highly transmissible Omicron variation and its BA.2 sublineage, as well as the raising of public health and social policies.

"These increases are occurring despite reductions in testing in some countries, implying that the cases we're witnessing are only the top of the iceberg," WHO Director-General Tedros Adhanom Ghebreyesus told reporters.

Low vaccination rates in some countries, caused in part by a "great quantity of disinformation," also contributed to the spike, according to WHO authorities. 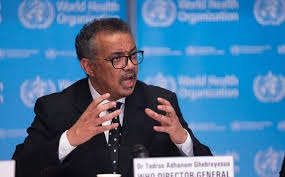 Globally, new infections increased by 8% compared to the previous week, with 11 million new cases and nearly 43,000 new deaths reported from March 7-13. It is the first increase since the beginning of January.

The greatest increase occurred in the WHO's Western Pacific region, which includes South Korea and China, where cases increased by 25% and deaths increased by 27%.

A number of scientists have expressed alarm that Europe is on the verge of another coronavirus outbreak, with instances increasing in Austria, Germany, Switzerland, the Netherlands, and the United Kingdom since the beginning of March.

At the briefing, WHO's Maria Van Kerkhove stated that BA.2 appears to be the most transmissible variety thus far.

However, there is no indication that it causes more severe disease, nor is there evidence that any other new variants are causing the rise.

However, scientists have begun to warn that the United States may soon experience a wave similar to that witnessed in Europe, fueled by BA.2, the easing of restrictions, and the possibility of losing protection from vaccines given several months ago.

"I agree with the relaxation of limits because it is no longer an emergency after two years," Antonella Viola, an immunology professor at Italy's University of Padua, said.

"We only have to keep in mind that COVID is still present. As a result, maintain the strictly necessary procedures, which primarily include continual monitoring and tracking of cases, as well as the requirement to wear a mask in enclosed or extremely crowded areas."

Content created and supplied by: MarcusMbugua (via Opera News )

7 Tips on Living Together With Your New Spouse

Wajackoyah Says Our Ksh 1000 Note Is Made From Marijuana Fibre

If You Take Bananas Consistently For A Month, This Is What Will Happen To Your Body.

Baguma Reveals What Happened to His Face and Head