By Githuria.45news (self media writer) | 2 months ago 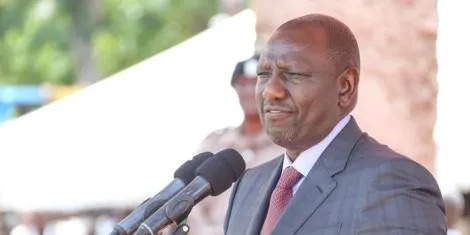 The decision by President William Ruto to reintroduce genetically modified products (GMOs) - 10 years after they were banned has continued to elicit reactions from various quarters.

A section of experts raised concerns about the consequences of farming GMO food in the wake of increased cases of cancer.

Anne Maina, the National Coordinator of Biosafety and Biodiversity Association, noted that the reintroduction is alarming considering the health concerns reported in other countries consuming GMOs.

She further warned that GMOs would risk destabilizing Kenya due to the high cost involved in battling cancer and other conditions linked to what she argued was toxic food.

“There have been very many concerns in the US, there are over 30,000 cases where people that produce these products have been sued because people have developed cancer,” she stated.

"When these GMO crops are grown, you use a lot of chemicals and pesticides some of which are toxic and have very many challenges in terms of our health. As we open the doors for these companies, are we going to on one hand open the doors for GMOs and on the other hand increase our health costs?

However, Prof Richard Oduor - a biotechnology expert - holds a contrary perspective as regards the reintroduction of GMOs.

According to the scholar, cases of cancer have been reported in the past ten years despite the ban that was in place.

He further stated that GMOs could offer a solution to cancer - contrary to the concerns propagated by a section of Kenyans.

“This is sad. For the last ten years, there has been a ban in this country meaning there has been no importation, consumption or anything to do with GMO- have we had cases of cancer?” he posed.

“I think any person who quickly attributes cancer to GMOs is just not doing enough service to the actual research that needs to be done on cancer. GMOs actually can solve cancer because there are a lot more that are developed from the DNA technology.”

The president and members of the outgoing cabinet on Monday made the decision to lift the ban that has been in place since 2012 during the reign of then-former president Mwai Kibaki. The decision was part of the measures adopted by the new administration to combat the ongoing drought in parts of the country.

While ratifying the decision, the Cabinet, stated that it was made in accordance with the recommendation of the Task Force to Review Matters Relating to Genetically Modified Foods and Food Safety and in fidelity with the guidelines of the National Biosafety Authority.

"Cabinet considered a broad array of proposals touching on climate change adaptation, reducing Kenya’s reliance on rain-fed agriculture by increasing irrigation, planting diverse and drought-resistant crops, and implementing early warning and response mechanisms that are activated at the very start of adverse situations rather than when the situations have escalated into disaster conditions," the statement issued on Monday, October 3, explained.

Content created and supplied by: Githuria.45news (via Opera News )

Things That Women Eat During Periods That Can Damage Their Health And How To Prevent It.