By Mwenenthi_Reporter (self media writer) | 1 month ago 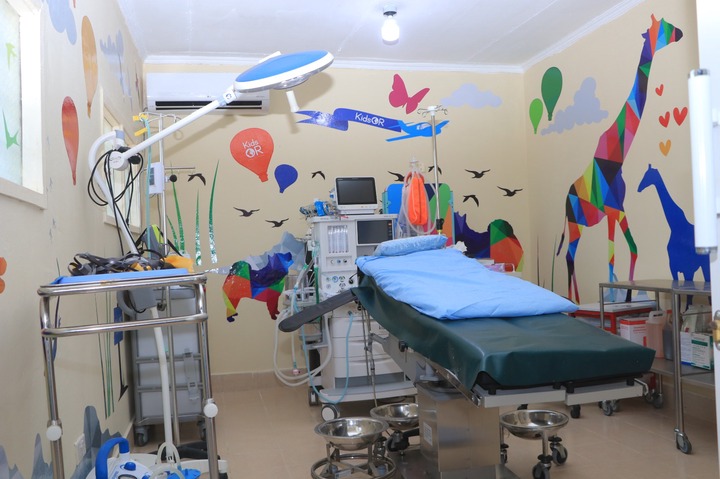 Global health charity Kids Operating Room (KidsOR) has today formally opened the first ever dedicated paediatric theatre in a refugee camp. The Operating Room hosted at Kakuma General hospital is expected to serve over 90,000 children that reside of Kakuma Refugee Camp in addition to the host communities. KidsOR has installed an Operating Room with over 3,000 items of specialist pediatric equipment and tools.

Speaking at the ceremony, KidsOR co-founder Garreth Wood emphasized on the need to reflect that 9 out of 10 children in low-and middle-income countries do not have access to safe surgery when they need it. This means conditions like appendicitis become life-threatening, while a broken leg can mean a lifetime of disability.

“When a child has a lifesaving operation, or an operation that takes away years of disability in their life, that allows the child to stay in school and grow up to contribute to their nation’s economy. This is the economic impact expected from children and families in Kakuma (and its enviros) thanks to access to timely and safe surgery,” said Mr Wood. 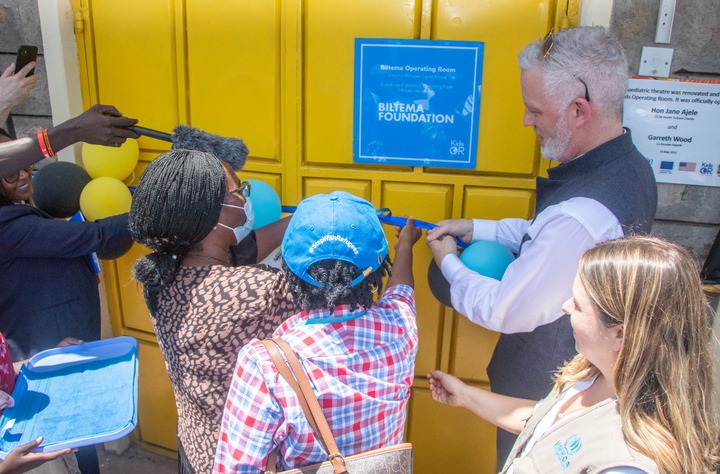 Turkana County Executive Committee Member for Health, Hon Jane Ajele hailed the OR opening stating that the theatre will provide an opportunity for children from both the host and refugee communities to access services not previously available within the county of Turkana.

“This combined with ongoing capacity building for pediatric surgical services among our doctors is part of the efforts that will ensure even the most marginalized communities are not left behind in universal health coverage,” Jane said

KidsOR Director for Africa Rosemary Mugwe additionally highlighted the impact that the Operating Room is expected to bring, “Families do not have to worry about time and money, which without this Operating Room they would have to travel nearly 130 kilometers to Lodwar. Further, children do not pay for treatment. Timely, affordable, and safe access to surgery for all is not only beneficial to a family but to a country as well”.

Just like many other paediatric clinics, the theatre has been receiving cases of hernias, birth defects, burns, broken bones, ruptured intestines among others.

Jibril Hussein, 10-year-old, is one of them. While awaiting the much-needed operation, he found it problematic to interact with others at school having suffered from a debilitating and painful hernia since birth.

Jibril was among the first patients to be operated on when the theatre was completed.

He is now back and school and his mother, Aziza rightly a happy parent says it still feels like a dream.

“He is not only able to play, go to school but he can also help with fetching water and other house chores which was impossible We had so many challenges before he was operated on. We could not go a week without him falling sick. The hospital became our home; we spent less time at home and more time at the hospital," Aziza noted. 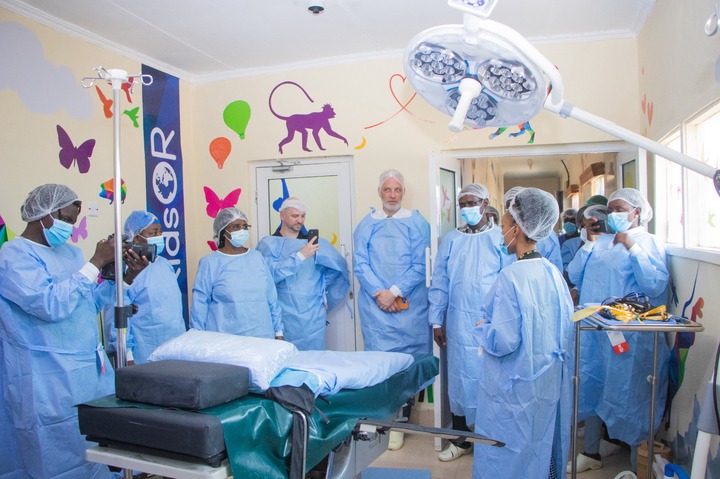 Jibril’s condition was left untreated due to the lack of specialist surgeons and facilities that were adapted to children, causing him severe stomach pain and digestion issues.

Dr Neema Kaseje, Paediatric surgeon, has been training a surgical team in Kenya to maximise use of the OR, while leading the procedures that have taken place to date.

She said: “It’s hard for most of us to imagine living in a refugee camp setting, let alone the thought of our child not being able to access the surgery that could save their life or alleviate them from terrible pain.

“I am looking forward to finally commemorating the opening of this crucial facility and I am honoured to be able to play a part in these life-changing operations and the social and economic benefits the installation has brought to the area.”

Since 2018, the charity has installed over 50 paediatric rooms across Africa and Latin America delivering more than 200,000 individual items of surgical equipment at a cost of USD300,000 per theatre installation.

The Kakuma Operating Room has been done in partnership with UNHCR, IRC and Biltema Foundation