The Powerful Tea Is Beneficial In The Treatment Of Diabetes 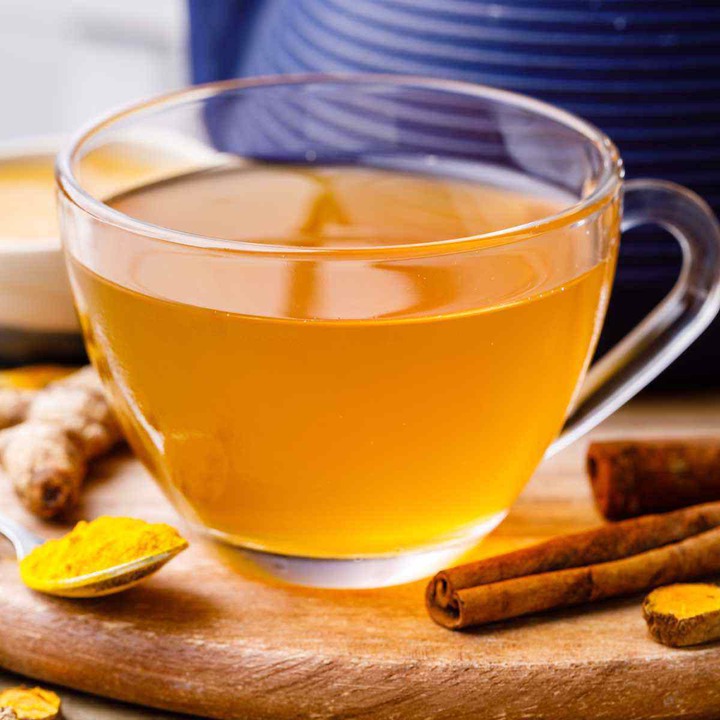 Turmeric Cinnamon Tea for Your Body and Mind - Healthy Substitute"/>

Due to its brilliant yellow-orange hue, turmeric is popularly known as the golden spice.

For thousands of years, it has been utilized as a medicinal herb.

Turmeric is a natural source of curcumin;which is an antioxidant that has a potent anti-inflammatory and immune-boosting ingredient.

One of the most effective methods to enjoy the advantages of turmeric is to drink it as in tea form.

√ Turmeric tea strengthens the immune system due to its antibacterial, antioxidant, anti-inflammatory and antiviral characteristics.

√ Turmeric tea is beneficial to good heart health.In studies conducted, turmeric intake has been found in studies to help in decreasing the body's LDL cholesterol (bad cholesterol) and triglyceride levels.

√ Turmeric tea assists in preventing cancer and may even assist with cancer therapy. According to research, the potent chemical curcumin which is found in turmeric might be used to cure cancer. It works through promoting good cellular activity; which aids in preventing the malignant cells from spreading. Curcumin also helps in the restoration of normal immunological function in patients who have cancer.

√ Irritable bowel syndrome can be managed with taking turmeric tea.The potent chemical curcumin that is found in turmeric delays gastric emptying, or the time it takes for food to leave the stomach and go to the small intestine.

√ Turmeric tea helps in preventing liver damage.The liver is one of the biggest organs in the body and plays a critical role when it comes to metabolism. Studies conducted have shown that curcumin aid in digestion by increasing bile production. Curcumin also works in protecting and maintaining the health of liver cells.

√ Turmeric tea aids in the management of lung diseases because of its antioxidant and anti-inflammatory characteristics as well as the curcumin; which is beneficial for lung health. According to a medical review, curcumin may help in treating asthma,lung cancer,pulmonary and cystic fibrosis and chronic obstructive pulmonary disease.

√ Turmeric tea aids in weight reduction due to the presence of curcumin; which plays a vital role in weight loss.

Stir in about 2 tablespoons of turmeric.

Cook for around 5 to 10 minutes on medium heat.

Using a sieve, strain the tea into another container.

Pour into a cup or glass.

To sweeten, add honey and freshly squeezed lemon or orange juice.You could also add milk if you prefer.

Prices rise by over 50pc from January