By BlackGist (self media writer) | 5 months ago 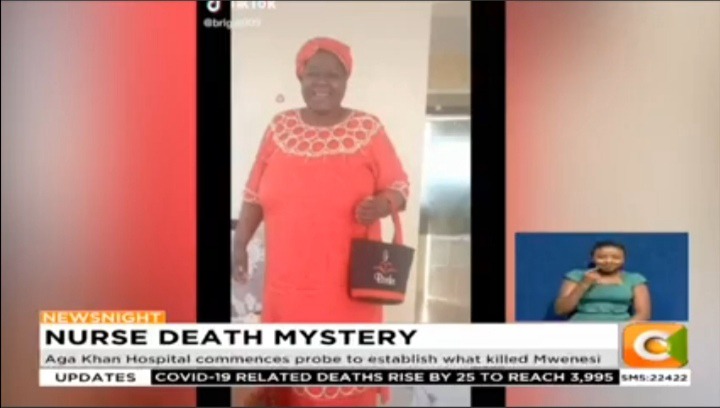 Caroline Mwenesi, a nurse at Aga Khan Hospital, was told by the hospice to go for an MRI scan after she was involved in an accident some few years ago. She was however opposed to the idea but later gave in to it.

According to her daughter, Lavender Allivister, her mother asked her to accompany her during the medical test and therefore decided to carry a loaf of bread and tea that she would take after the surgery. She further said that her mother told the doctors that her oxygen levels were very low but the doctors assured her everything would go on well.

“She was asked about her medical history. And after that, she was given a form which she signed. She told one of the doctors that her oxygen levels would normally drop, but the doctor assured her that all will be well,” said Lavender as quoted by Standard Media. 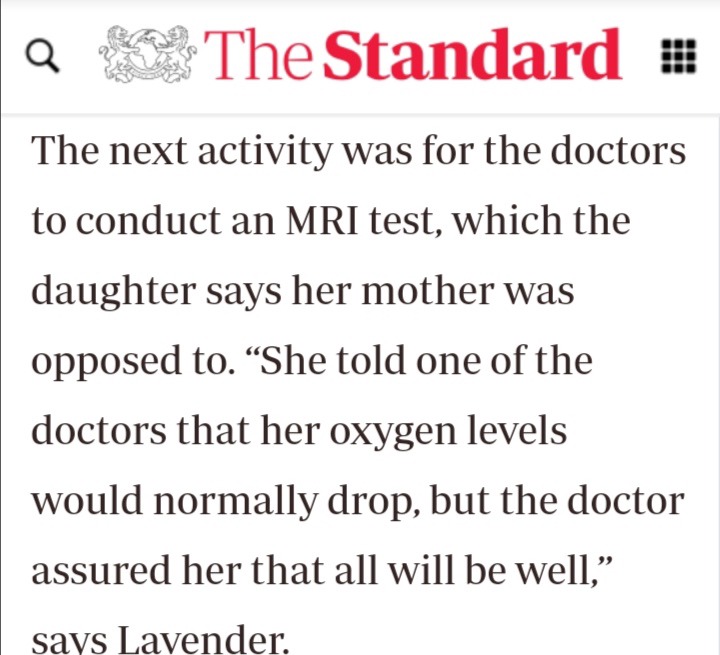 The 53-year-old was to take 40nminutes in the MRI machine but that was not the case. Her body was too cold from the test and this made the doctor panic and asked the attendant to reverse the procedure.

The team tried to resuscitate her but in vain and decided to take her to ICU where they inserted pipes on Mwenesi's mouth and nose. All this time she was restless and her face swollen.

Her kin was told to go home and that she would be better but that wasn't the case. Caroline Mwenesi took her last breath at Aga Khan Hospital Kisumu where she had worked for 25 years.

National Nurses Association of Kenya President Alfred Obengo has threatened to take legal action against the hospital if 'proper explanation' on the cause of Mwenesi's death is not given by them.

The Importance Of Choosing The Right Scents For Your Home

Recipe On How To Prepare Sweet Mashed Potatoes For Breakfast

Inside The Snail Farm Owned By Odinga's Daughter