By Science,Health&Discovery (self media writer) | 2 months ago

A new study shows that the standard recommendation of eight glasses of water daily may really be excessive.

According to studies undertaken by Scotland's University of Aberdeen, drinking the recommended eight glasses of water per day (about two litres) may not always meet our real needs and can even be excessive.

Since most individuals get half their daily water consumption from food, the Science journal study concluded that the average person needs just 1.5–1.8 litres of water per day. 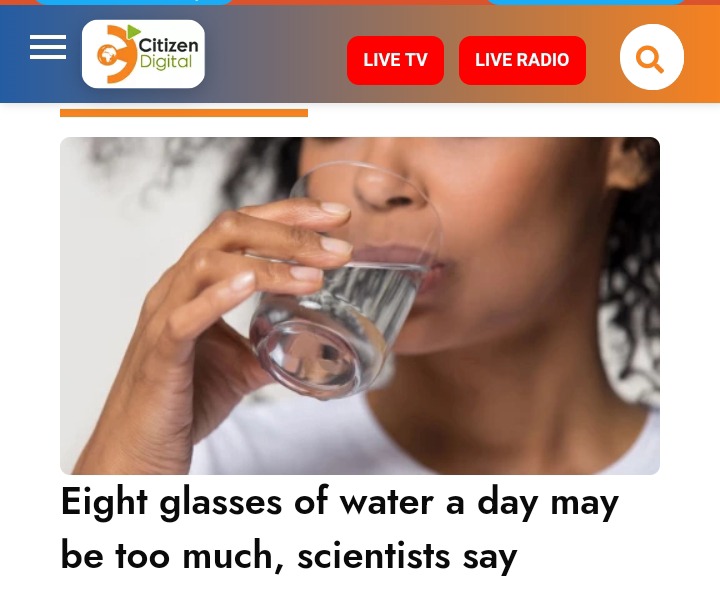 A little arithmetic error led to the initial estimate of two litres each day. Professor John Speakman from the University of Aberdeen said to the BBC that "the water that we'd need to drink is the difference between the total water that we need to consume and the quantity that we get from our diet."

They polled participants about their typical food intake to make an approximation. The amount of water required is overestimated due to people's tendency to underreport their food intake.

Researchers questioned 5,604 persons, spanning the ages from 8 days to 96 years, from 23 nations. 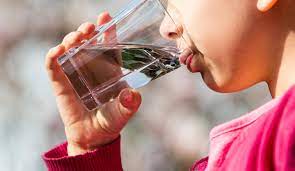 They drank water in which part of the hydrogen molecules had been swapped out for deuterium, a stable isotope of hydrogen that occurs naturally in humans and is completely safe.

An increased requirement for hydration is associated with a rapid rate of water turnover, as measured by the elimination of excess deuterium.

Researchers discovered that high water turnover was common in persons who exercised frequently, were pregnant or nursing, and those who lived in hot and humid climates or at high elevations.

Men between the ages of 20 and 35 had the highest values of nearly 4.2 litres per day, perhaps due to the fact that they spend the most energy.

This declined with age, with men in their 90s drinking an average of 2.5 litres per day.

Scientists, nevertheless, have suggested that water turnover isn't quite sufficient to meet the demand for potable water.

If a man in his twenties has a water turnover of 4.2 litres per day, he still doesn't need to drink that much water. According to Professor Speakman, "around 15% of this figure reflects surface water exchange and water generated from metabolism."

In reality, you only need roughly 3.6 litres of water every day to be healthy. Most meals include water, therefore eating is a good way to get a good amount of fluids.

According to the author, "a one-size-fits-all strategy for water consumption is not supported by this data," and the recommendation that everyone drink eight glasses of water per day is likely too high for most individuals in most settings.

Professor: "Clean drinking water isn't free, if individuals on average drink half a litre more than they need and you multiply that by 40 million adults in the UK, it means that we're needlessly drinking and urinating 20 million litres of water that we have to supply." There will be repercussions for it.

Content created and supplied by: Science,Health&Discovery (via Opera News )