By DavidNefasauloo (self media writer) | 2 months ago

HIV on the Rise? 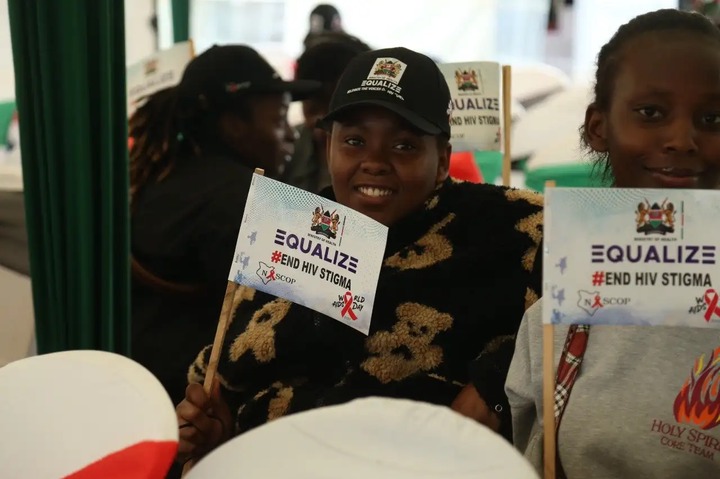 Like many of you, I am a medic and one keen follower of news or latest information concerning the issues around HIV and AIDS.

For one reason, I often want to know if someone from somewhere has beaten me at the game by developing something ingenious enough beyond my wild imaginations by being curious.Nothing so far.

The Ministry of Health in Kenya has in the recent past newspapers shared information with members of the general public indicating there is an increase in number of HIV positive cases among the youths, 32,050 New recorded infections for the year ending 2021.That literally translates to 33% of the total people living with HIV/AIDS in United States if we do a quantum crossectional comparison for Kenya and USA.

Now this is some piece of information which has to be critically analysed for the sake of credence.

We honestly have the duty to question this information.

Is it born out of scientific inquiry or it's basically one of those public health announcements by a responsible government meant to deter youths from engaging in free range lifestyles?

Firstly, because, since it's introduction, that is in the early 1980s, as a deadly infection and disease in people, the cases of HIV, statically have never exploded into some kind of pandemic or easily spread into the general population. It has remained inclined to the same population perceived to engage in risky behaviors.

Secondly, because the government has never informed us they have managed, this time around, to isolate the protein called HIV-1 subtype C or as the findings might be, as a confirmation case of the existence of a pure form of an HIV particle in any of those whose HIV positive result was found on. Nothing.

Thirdly, they never disclose what technique they used to find this positive HIV status on the tested victims. Because, as far as I know, all the available test kits, be it ELISA assay, Western blot or PCR do not actually test for the presence of a live HIV particle. Not at all.

Besides, they have never be known to be accurate. Because there is no biomarker specific to HIV antibodies.

Because of this, the tests tend to cross react with some many things which resemble P24.

This is the phenomenal which has given rise to false HIV positives.

And unfortunately, many have ended up on the prescription list for ARVs believing they're HIV infected when not.

To me, such information depicting a rise in the number of HIV cases should be received with a pinch of salt or better still scientifically analysed.

Chances are, these numbers are nothing but false positives driven by liver damages due to alcohol abuse by the same youths or sexually transmitted infections such as syphilis to which the same population is prone to or malnutrition, which is also rampant in the same population due to poverty.

According to National Aids and STI Control Program (NASCOP) the counties with the highest HIV infection rate includes ; Homabay,Kisii,Siaya,Migori, Kisumu and Busia with a mean prevalence rate of 9%. This is a macabre report hence it calls for the government of Kenya to double up the effort against HIV fight.

Content created and supplied by: DavidNefasauloo (via Opera News )