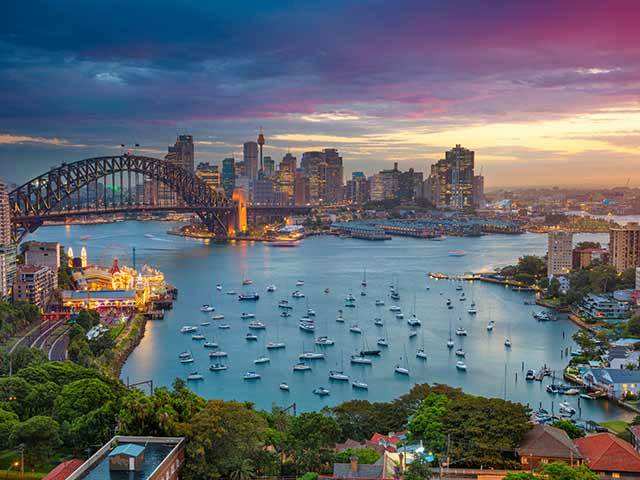 The Human Development Report is arguably the most complete and realistic appraisal of which nations are best to live in.

This yearly study, compiled by the United Nations, conveys worldwide happiness with life and provides an overview of what it's like to be alive on Earth today.

It is without a doubt one of the best tools for identifying which countries have the happiest, healthiest, and most stable populations in the world.

In essence, the Human Development Report highlights how people feel about our planet as a whole before delving into which nations are the greatest to live in, contrasting the world's most content populations to the world's most miserable.

The elements that the UN report takes into account are: gender equality, literacy, average life expectancy, and financial stability are among the characteristics taken into account in this official UN study.

Here are the top locations to live, in descending order, according to the United Nations' Human Development Report:-

Norway was named the finest place to live in by the United Nations since all of the parameters considered by the researchers were positive in Norway's favour.

The European country succeeds in every category examined by the UN, which may be attributed to pure luck.

Nonetheless, Norway is a strong match for the credentials that the UN considered, which is noteworthy in and of itself. On average, Norwegians live to be around eighty-two years old.

The United Nations owes this fantastic figure to Norway's healthcare system. Norwegians are covered by a public health-care system.

Inhabitants of Norway get healthcare and medical attention regardless of their circumstances. Getting the expert aid and regular exams that are so important for general health in Norway is neither a hardship nor a luxury, resulting in a longer overall life expectancy.

Switzerland's citizens have amazing health. Switzerland's life expectancy, like Norway's, has been praised by the United Nations, owing to the lack of deadly illnesses among its citizens.

Surprisingly, while being beaten out by Norway for the title of best place to live in, Switzerland's life expectancy is somewhat greater than Norway's.

In Switzerland, people live to be around 83 years old. Switzerland is a shining example of how taking care of oneself can lead to amazing things, but this is a luxury that not many countries provide.

Hong Kong is a prominent global financial hub with a high standard of living. Hong Kong has exceptionally low taxes, with the maximum income tax rate of 17%, making it particularly appealing to business people.

In addition, despite being a heavily populated urban region, Hong Kong, like many of the other nations on this list, has exceptionally low crime rates.

People still live to reach forty years old in various parts of the world, therefore Iceland's life expectancy is approximately double that of other countries.

One thing that jumps out about Germany is its emphasis on education. Germany, like Australia, places a high importance on citizen education. Only 4% of Germans have not completed college or post-graduate education.

Sweden also offers excellent working circumstances, including a five-week minimum vacation and a government body that assists entrepreneurs wishing to establish a business.

Finally, Sweden, like the other Nordic nations, has very low violent crime rates and performs well in terms of general health and welfare.

The United Nations has complimented Australia for its emphasis on education and the significance of attending to school, ranking it as the seventh best country to live in according to the Human Development Report.

Most Australian youngsters remain enrolled in the education system until they graduate from an undergraduate institution, with the average number of years spent in school being around twenty.

There are outliers in any circumstance, but education in Australia accounts for more than 5% of the country's GDP, thus it's something Australia deserves to be acknowledged for.

In comparison to Denmark, the Netherlands has a lower pay disparity than many other nations throughout the world. In actuality, the wage inequality rate in the Netherlands is at 12.4%, which appears high but when compared to the data on the wage gap percentage in the United States, the Netherlands still outperforms the US in terms of fair pay across the board.

Denmark completes the top 10 list of best places to live, and it's simple to understand why. In Denmark, social trust : which evaluates people's faith in one another, their government and public institutions like police and hospitals is quite high.

Furthermore, all citizens have access to free health care and education which includes college. Denmark is a green-forward country that is a global leader in areas such as shipping, design and architecture.

Even in Copenhagen, the capital city, bicycles outnumber vehicles and the country is continuously exploring new ways of life that are cleaner and greener.

Finally, the Danes gave the world "hygge," a pleasant, very human phrase for time spent away from the hustle and bustle, simply resting and appreciating life's minor pleasures, frequently with family or friends.