Why You Need To Start Taking Guava Leaf Tea

By Simplylenah_ (self meida writer) | 26 days 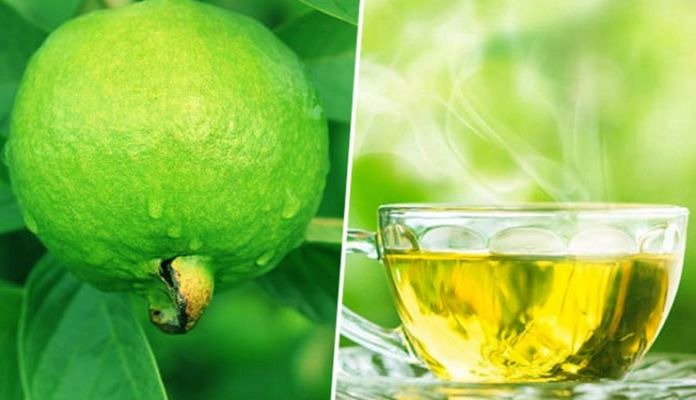 Guava leaf is so good for your health and is abundant in benefits. These benefits are:-

According to a study conducted, it was found that guava-leaf extract helps in preventing the growth of Staphylococcus aureus bacteria which is a common cause of diarrhea. Someone who is suffering from diarrhea is recommended to drink guava leaf tea which causes them to experience less abdominal pain as it reduces it, they also experience fewer and less watery stools and a quicker recovery.

To make guava leaf tea for treating diarrhea, add the leaves to a cup of boiling water, let it simmer for around 10 minutes strain the water and consume it on an empty stomach for quick relief.

LDL or also referred to as Low-density lipoprotein are one of the five major groups of lipoproteins which work in transporting all fat molecules throughout the human body. However, an excess of this class of cholesterol could cause a host of health disorders particularly that of the heart.

Guava leaves tea has been approved in different countries such as Japan as one of the foods for specified health uses to aid with the prevention and treatment of diabetes. Guava leaf tea contains compounds which help in regulating a persons blood sugar levels after meals .

Guava leaf tea does this through inhibiting the absorption of two types of sugars namely maltose and sucrose. According to an article published, guava leaf tea also works through preventing several different enzymes that convert carbohydrate in the digestive tract into glucose therefore slowing its uptake into the blood and preventing diabetes.

Guava leaves has been found, according to studies conducted to aid in lowering the risk of cancer most especially prostate, breast and oral cancers. This is because of high quantities of the antioxidant known as lycopene. Various studies conducted have found that lycopene plays a significant role in lowering the risk of cancer. Thus, it is a good reason to incorporate guava leaf tea into your daily drinks intake.

Guava leaves are rich in iron and vitamin C .Thus, taking a cup of guava leaf tea is greatly helpful in relieving colds and coughs as it aids in getting rid of mucus. It also works in disinfecting the throat ,lungs and respiratory tract.

Guava leaf tea is helpful for people who suffer from hair loss and also preventing hair loss. This is through massaging the tea onto the scalp after it has cooled down .Guava leaves tea is rich in antioxidants that could do wonders for the volume of hair.

Guava leaves are highly anti inflammatory in nature and aid in maintaining good oral health. Guava leaf tea works as a fantastic home remedy for swollen gums, a toothache and oral ulcers due to its great and powerful antibacterial properties. You can also grind the leaves into a paste and apply directly on the gums and teeth.

Improving The Quality of Sleep

According to research, taking guava leaf tea aids in boosting the immune system thereby reducing the risk of various ailments.

Guava leaves are important in the treatment of gastrointestinal issues because they aid in the reduction of the production of extra mucus that could irritate the body's digestive system and also in preventing further microbial growth in the intestines due to its major anti-bacterial properties.

Guava leaves are rich in vitamin B3 (niacin) and vitamin B6 (pyridoxine), which aid in improving blood circulation , stimulating cognitive function and relaxing the nerves. Thus, taking guava leaf tea is so important!

Put a handful of guava leaves in a sufuria, add water into and let it heat up and boil for around 10 to 15 minutes. Afterwards, let it cool for abit and pour it into a cup. Have it warm or cold depending on your preference. You can add a few lemon slices and like a teaspoon of honey to sweeten it.

Why Kenyans Athletes Arrives At Olympic Opening Ceremony In Tokyo With Maasai Regalia's.