By DeepState1 (self media writer) | 13 days ago

The pharmacy and Poisons board has Cautioned Kenyans against the use of a Contraceptive pill which they claimed is currently making rounds in the country.

In a news report that has been shared by a reliable source of information, it has been revealed that the drug which Is used to prevent women from giving birth has been found to have several health effects.

According to the reports given by the Board , it has been revealed that the drug which is already being used by lots of women in the country is dangerous and for this reasons, kenyans have been urged to make sure they stay vigilant.

While reacting to this incident, kenyans who took to social media accounts to express their opinions on the matter have called upon the government to ban the drug due to the fact that it might end up affecting Alot of women.

According to the reports given by these Kenyans, they claimed that it is so unfortunate that the Govt. is yet to do this despite the fact that this news might not reach all kenyans in the country.

Jane... I don't understand why nothing has been done. . The government should ban it because i don't think every kenyan watches news. Not everyone has a television. 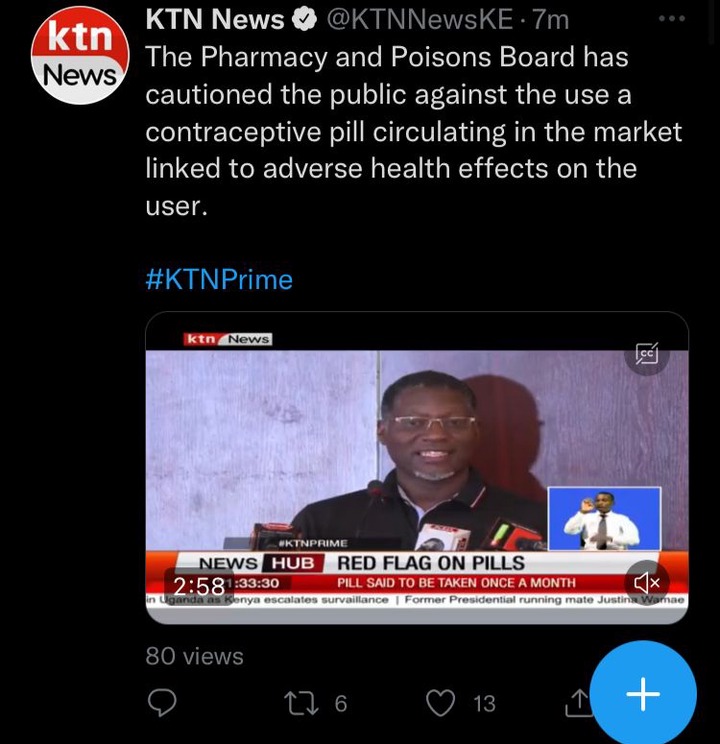 "I Am 90 And I Am Married To A 30yrs Old Woman, I Was Introduced To Her By My Daughter" Says A Man

Meet the Kenyan milking millions from apple farming in the country

A Man Who Voted For Ruto While In Pain Pleads With The President For Help.

Am Lucky To Be Alive: Vera Sidika Reveals What She Was Forced To Do With Her Backside To Survive

'' Uhuru Diverted Money for Projects to Fight Me'' Gachagua Alleges