Breaking : Prominent Man Who Served In The Statehouse Dies In Nairobi Hospital

Abraham Kiptanui, a man who is reported to have served as the comptroller of the late president of the republic of Kenya, honorable Daniel Arap Moi has allegedly passed away in Nairobi hospital while receiving medical treatment for an undisclosed disease. 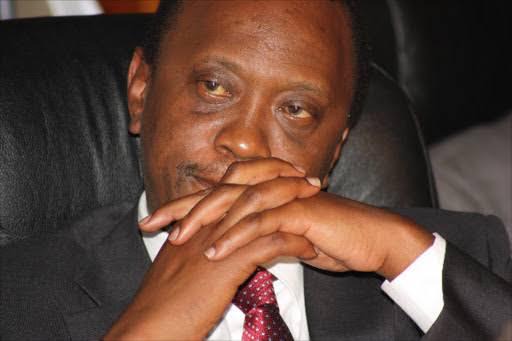 According to the reports given given by different Kenyan media houses, it has been revealed that the deceased was rushed to the hospital and had been staying there for quite a sometime while receiving medical treatment for a' illness which the family didn't disclose.

Sadly, the deceased is reported to have succumbed to the same illness with doctors confirming that he had was surrounded by his family and friends at the time of his demise just as he had requested before his untimely death.

To this who might not know him, Abraham Kiptanui is said to have been one of the most trusted person who was close to the late president Daniel Moi back in the years when the late president took over from the first president of Kenya, the late honorable Mzee jommo Kenyatta.

His death has sparked alot of mixed reactions from Kenyans who seemed to have been confused on why there was an increasing number of dying prominent people in Kenya. With a section of Kenyans claiming that maybe he had an underlying illness that claimed his life, others went ahead and sent their heart felt condolences to the family and friends of the deceased adding that death is something that can't be questioned. 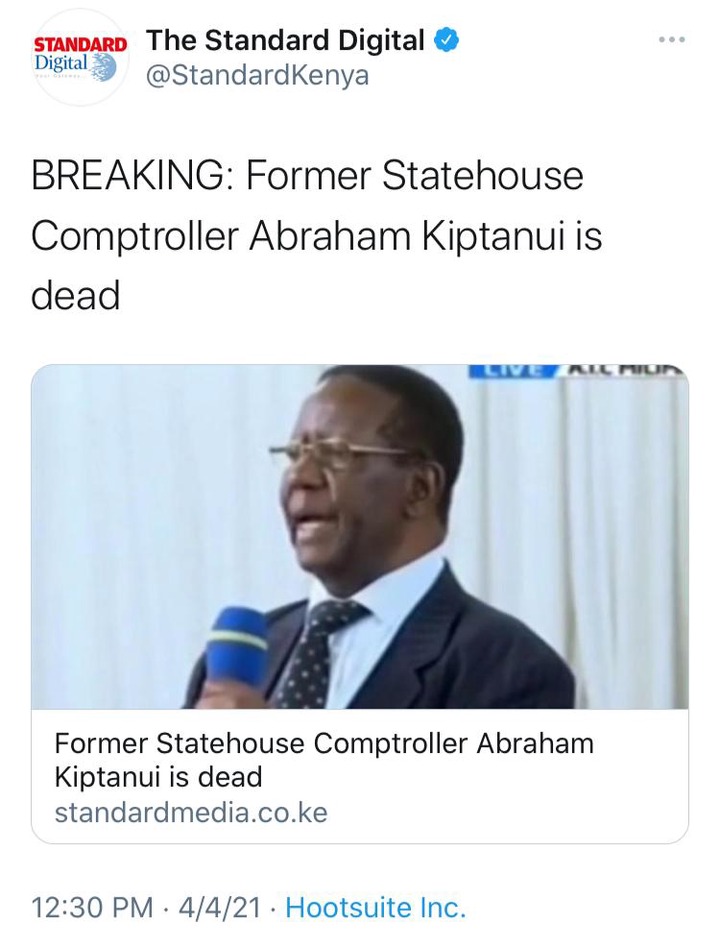