By Don_Writer (self media writer) | 1 year ago

Hookah also known as shisha, is a tobacco pipe with a long yet flexible tube that draws the smoke through water contained in a bowl. Even though hookah use in the western world is a recent trend, it has existed for a millennium, emerging in the North Western provinces of India, spreading to Iran, the Arab world, and Turkey and Africa especially in Kenya and now gaining popularity in the USA and Europe. Despite it being banned in Kenya, 2 years ago, people at the Coast are still finding ways to smuggle them into the country.

The shisha apparatus is composed of an upper and lower compartment connected by a pipe. Briefly, the top consists of a bowl where tobacco or molasses are placed then covered with perforated aluminum foil above which burning charcoal is placed. On the bottom of the apparatus resides a water jar covered by a gasket, protruding a hose and a release valve. 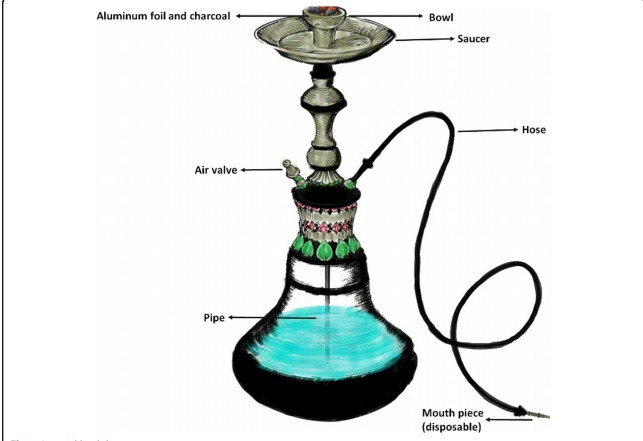 Many factors seem to have promoted shisha spread/use, including but are not limited to perception of “no/ less harm” of shisha, social acceptance/less restrictions, accessibility, use of flavored aromatic tobacco, curiosity, peer pressure, fashion, higher socioeconomic status, and need for amusement 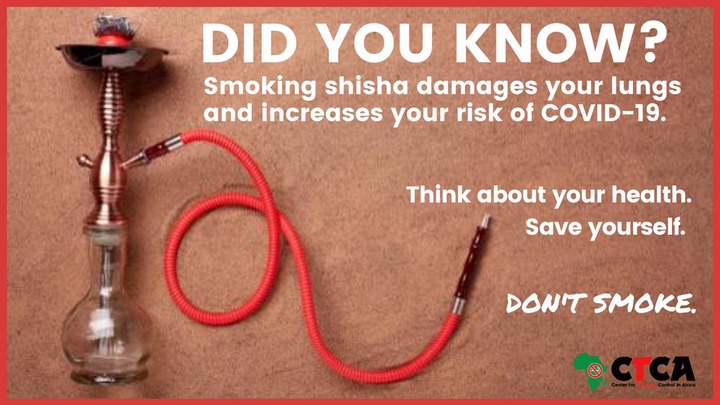 While shisha users and those in close proximity are exposed to many of the potentially dangerous toxicants at one time, the health risks associated with its use continue to be under debate. This is—in part—attributed to the fact that the composition of tobacco smoke in shisha and its puffing patterns are variable and not well standardized. Nonetheless, several studies have provided evidence of health impairments that are associated with shisha use. Theoretically, sharing the mouthpiece during shisha group smoking can be a probable source of transmission of pathogens such as viruses, bacteria, and fungi. Shisha smoking viciously attacks the lungs leaving one predisposed to cancer/cardiovascular diseases.