Several health officers from Homabay have called upon the government urging them to start delivering contraceptives to women who work at night in order to reduce the increasing rate of HIV/AIDs infections in the county that has just been named as the leading county in person's living with the virus.

According to the reports given by most health officials, they claimed that the increasing number of people who are living with the virus was due to the constant unused contraceptives that most men who often seek these women's services often prefer ditching instead of using to protect themselves.

On to what might be considered as good news, the ministry of health has revealed that the county is starting to reduce the number of infections. Speaking on today's HIV/AIDs day, they claimed that most residents are now becoming more and more aware of the dangers of not using protection.

This is happening at the same time when President Uhuru Kenyatta has urged parents to make sure they start talking to their children on the matters of being safe in terms of getting intimate. According to the reports given by president Uhuru, he said that parents can't assume that their children are not doing it.

While reacting to this claims, kenyans who took to their different social media accounts to express their opinions and suggestions on the matter have called upon men from Homabay who seek the services of these women to make sure they use contraceptions In order to protect themselves along with their families.

For most Kenyans called they claimed that this would be the right thing to do in order order to reduce these infections adding that it would be so unfortunate for a woman to stay loyal in her marriage only to be infected with the virus by their cheating husband. 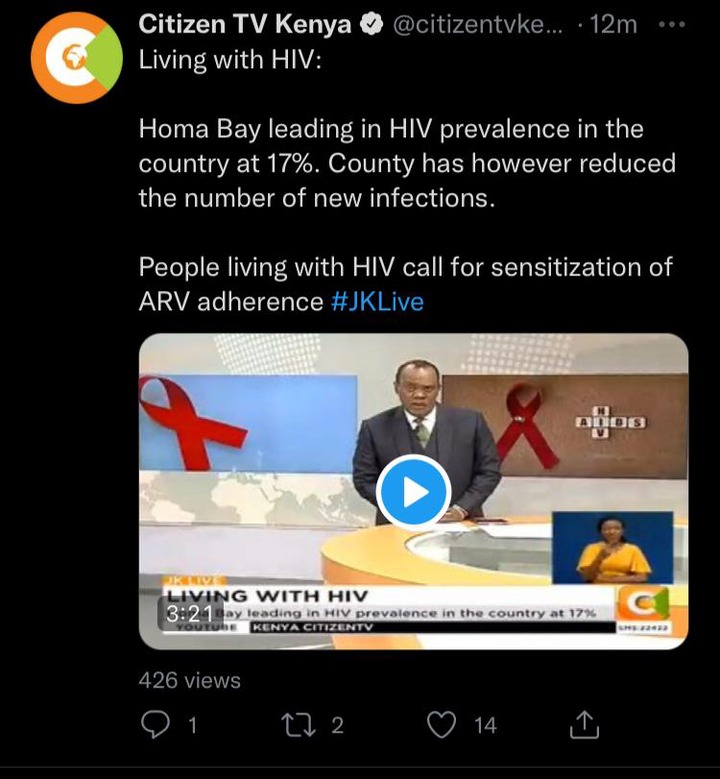