By PrimeUpdatez (self meida writer) | 20 days 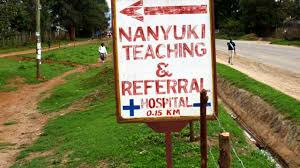 Nanyuki Teaching and Referral Hospital is on the spot again after nurses and doctors went missing nowhere to be found to attend to accident victims that occurred last night along Timau-Nanyuki highway.

According to reports seen, the that occurred last night left a bodaboda driver dead and several others who were on board of a matatu left injured.

The victims were later rushed to the Nanyuki Hospital where upon reaching at emergency area where they required quick treatment, doctors were unavailable.

The good Samaritans who had brought the victims, upon requesting for an ambulance and a nurse to accompany them to Othaya Hospital got no help despite ambulances being available but no driver. 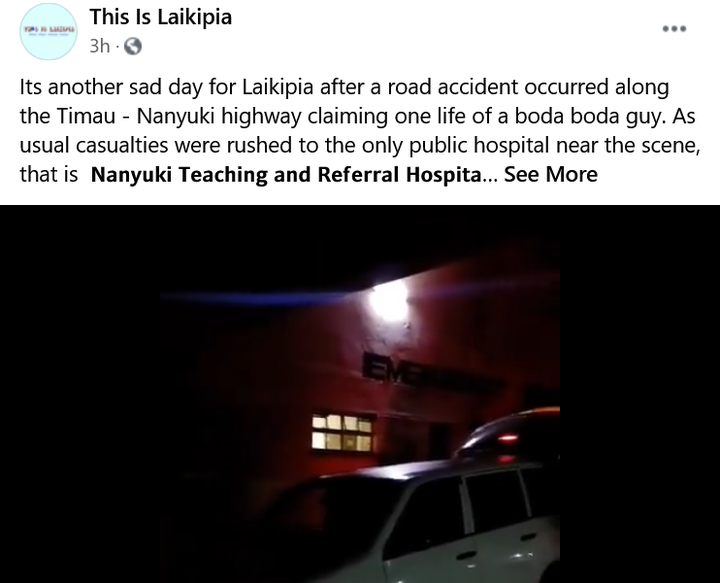 The victim who had been brought at the facility at around 8.00PM had to stay at the hospital inside a probox until 12::16AM when they decided to use the probox to ferry one victim to Othaya Hospital while the other victim had to use a matatu to Nyeri Referral hospital.

In a video, a probox that is alleged to be ferrying the victim is seen receiving the patient at the emergency waiting bay where its supposed to have transferred them to Othaya Hospital.

It is alleged that the area MP Hon. Ali Deddy Mohamed had to be called to come and intervene into the situation before the two victims got help.

Last month, Doctors and Nurses from from the same facility were on the spot after two patient died queuing waiting for doctors to finish a colleague's birthday party that was being held in the laboratory room.

Details released to the media claimed that the patient and some others who were sick were kept waiting at the waiting bay for a long period without any attendance from the nurses and doctors in the facility.

Common reasons why you feel itchy under the skin