By ElRichyNews (self media writer) | 1 year ago

Details have emerged of how Maghufuli had a chronic heart condition that began taking a toll on him in his youth. In the said newspaper caption, the University of Dar es Salaam Chancellor is quoted appealing to the public to financially support the young Maghufuli doing his postgraduate studies to access treatment abroad. 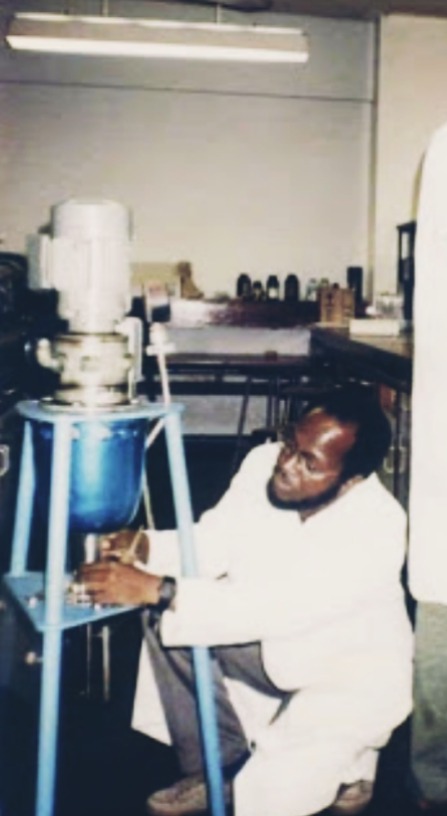 [Photo of Maghufuli in his university days | Courtesy]

The undated newspaper caption states "The Vice Chancellor of the University of Dar es Salaam Prof. P Mlama has appealed to the public to financially assist a postgraduate student Joseph Pombe (pictured for his air travel and living expenses while undergoing treatment abroad. "

The story further goes on "Pombe who is taking his masters of science at the university,has been suffering from Hypertrophic Cardiomyopathy and is required to undergo surgery in Britain.

It is further divulged that the funds appeal has been set up with the monies to be channelled to the Vice Chancellor or directly to Joseph. The disease in question is Hypertrophic Cardiomyopathy. 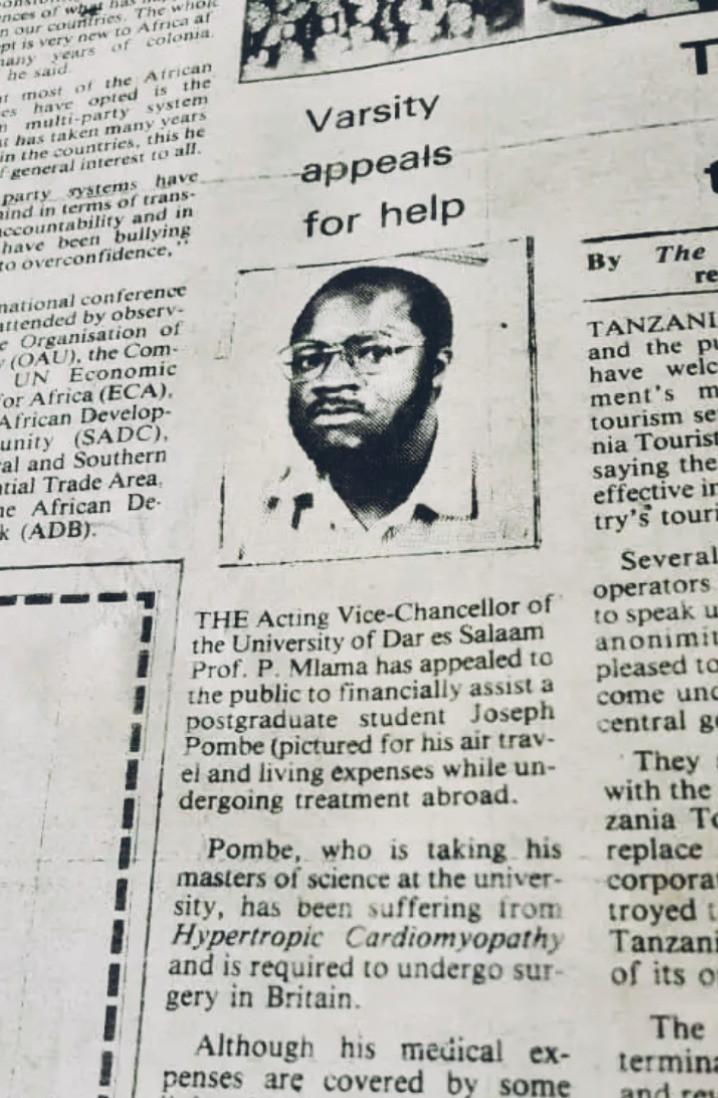 The heart condition that Maghufuli suffered from is caused by bad genes that lead to thickening of muscles of the heart. The disease is lifelong and it isn't curable. The only treatment options are surgery that only relieves the symptoms of the disease.

The disease affects the quality of life of the individual as they frequently experience extreme fatigue especially when physically active, dizzying, chest pain, fainting and shortness of breath. 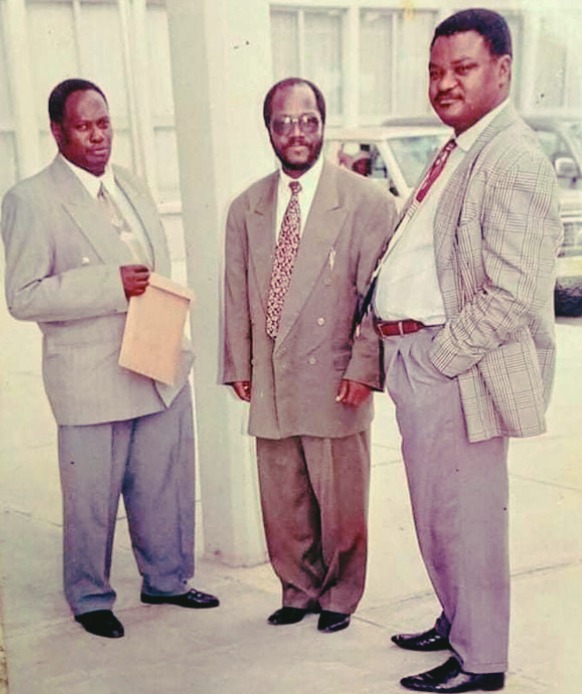 It's not clear if Maghufuli the bulldozer as he was fondly referred to, ignored the advise of his doctor to vie for the stressful presidency. No sane doctor would have advised him to take the top most job in the country due to it's strenuous nature.

Some Tanzanians took issue with the decision of Maghufuli to gun for the presidency knowing too well that he was ailing from an incurable condition.

One person took issue with Maghufuli's portrayal of physical fitness yet he knew he was ailing. 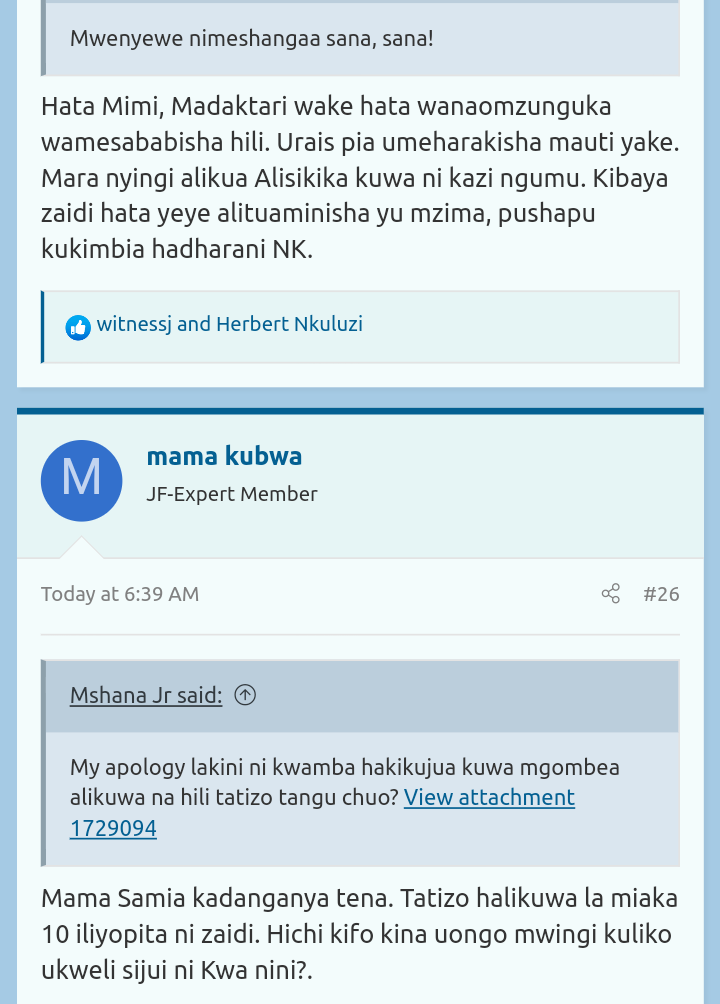 Another added that he was just struggling. 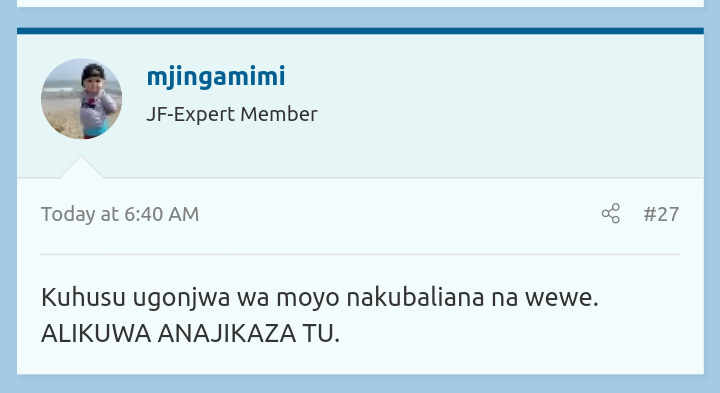 Some exhalted his patriotism and sacrifice in leading the nation despite his sickness. 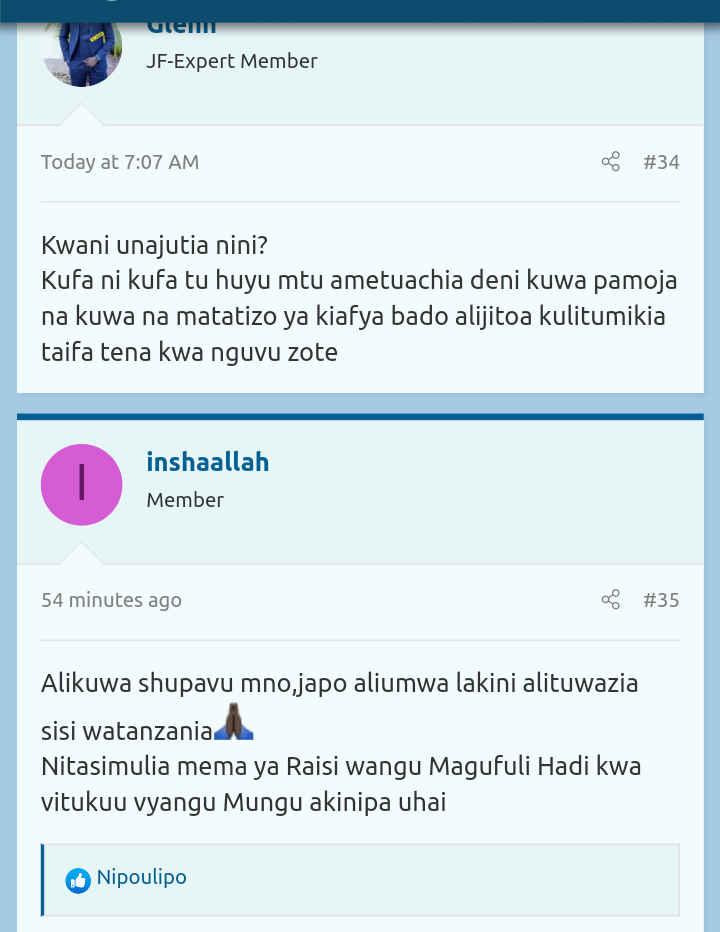