By CaptainCaptain (self media writer) | 14 days ago

Details have now emerged on what happened to the late Ex-Education Cabinet Secretary Professor George Magoha shortly before he died.

Speaking to the press shortly after the news broke, Professor Walter Mwanda who has been described as a Medical doctor and a friend to the late Magoha said he was called by Magoha's wife after he began showing complications. 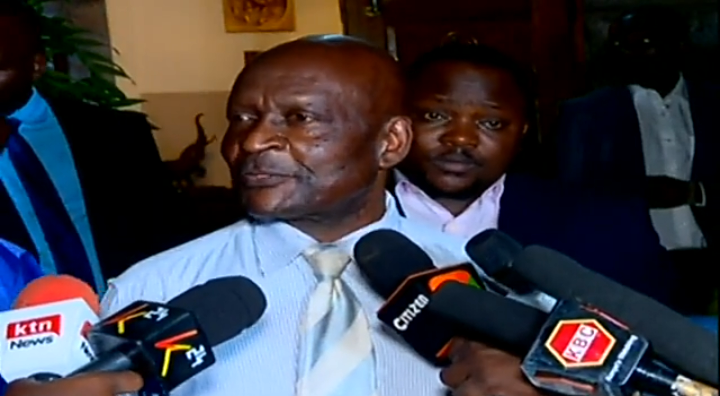 Immediately after receiving the call, he took action and rushed into his car ready to take off to Magoha's home. On the road, he kept in touch with Magoha's wife who kept asking him questions on what to do before he (Mwanda) arrived.

Upon his arrival, Professor Mwanda argues that he met Magoha seated at a chair. The had a little chitchat before he slipped and fell off. At that moment, they all decided to take him to the hospital with immediate effect. Magoha's son, Michael Magoha who's also a senior doctor was present.

Professor Walter Mwanda further explained that they carried Magoha to his car and drove off to Nairobi Hospital. Shortly before arriving at the hospital, Mahoha collapsed but was resuscitated by his son.

The journey continued up to when they were one hundred metres away from the casualty room at the Nairobi Hospital when he once again collapsed. After much attempts to resuscitate the him yet again, it failed and that's the last moment for the senior Education giant.

“From the information, he had what we call a collapse. He was resuscitated by the son who is a medical doctor. 100m to the casualty of the Nairobi Hospital he collapsed again, rushed to casualty, there was resuscitation which took quite a bit of time but they were not able to revive him," Professor Walter Mwanda, a friend to the late George Magoha noted. 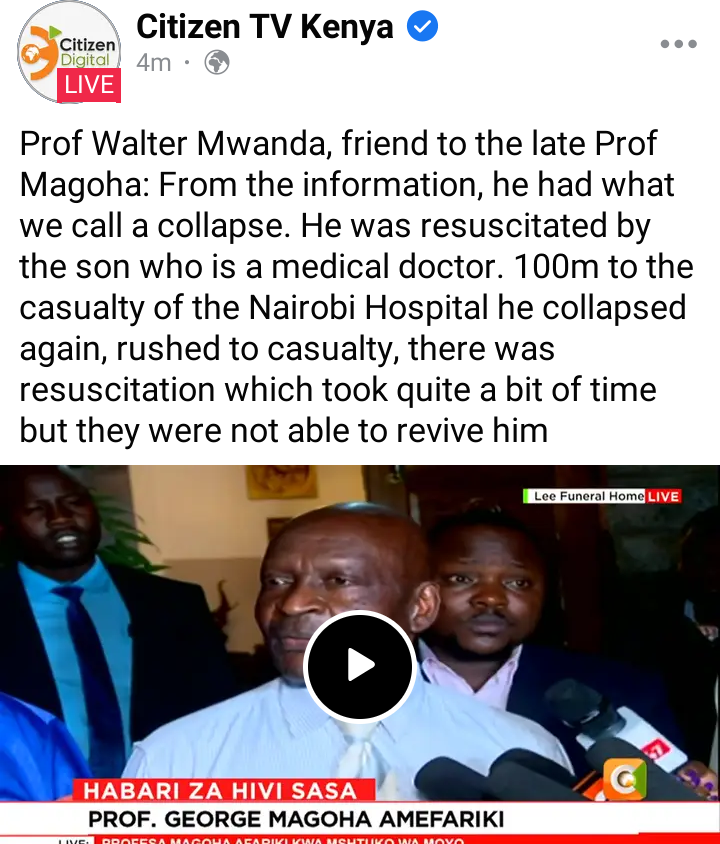