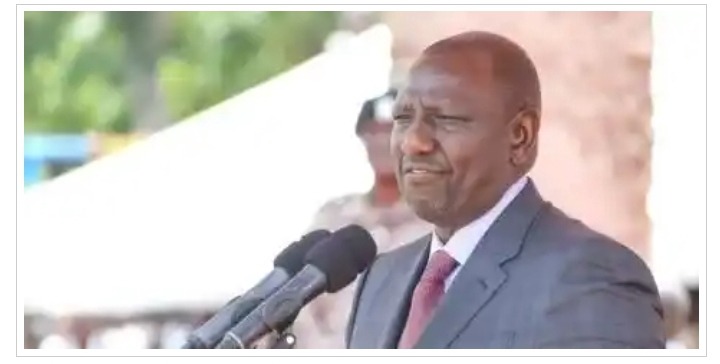 Ten years after they were outlawed, President William Ruto's decision to reintroduce genetically modified products (GMOs) has continued to draw criticism from a variety of sources.

In light of the rise in cancer cases, some experts expressed alarm about the effects of growing GMO food. 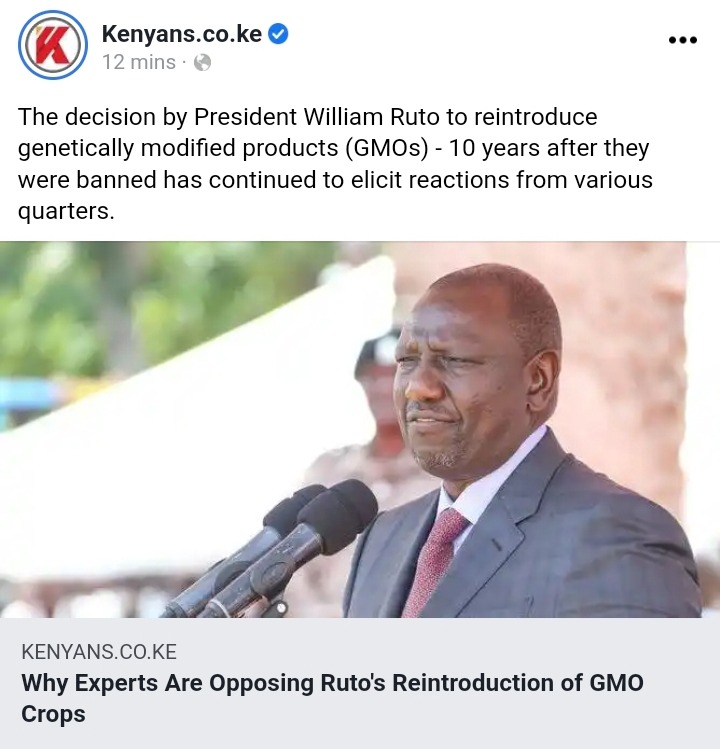 The reintroduction is concerning, according to Anne Maina, the national coordinator of the Biosafety and Biodiversity Association, given the health issues associated with GMO consumption in other nations.

She added that the exorbitant cost of treating cancer and other ailments tied to what she claimed was poisonous food will make Kenya vulnerable to destabilization as a result of GMOs.

“There have been very many concerns in the US, there are over 30,000 cases where people that produce these products have been sued because people have developed cancer,” she stated.

"When these GMO crops are grown, you use a lot of chemicals and pesticides some of which are toxic and have very many challenges in terms of our health. As we open the doors for these companies, are we going to on one hand open the doors for GMOs and on the other hand increase our health costs?

Prof. Richard Oduor, a biotechnology expert, has a different opinion about the reintroduction of GMOs.

The researcher claims that despite the prohibition being in place, incidences of cancer have been reported in the last ten years.

In addition, he said that, in contrast to the fears spread by some Kenyans, GMOs might provide a cure for cancer.

“This is sad. For the last ten years, there has been a ban in this country meaning there has been no importation, consumption or anything to do with GMO- have we had cases of cancer?” he posed.

“I think any person who quickly attributes cancer to GMOs is just not doing enough service to the actual research that needs to be done on cancer. GMOs actually can solve cancer because there are a lot more that are developed from the DNA technology.”

The restriction, which had been in effect since 2012, when then-former president Mwai Kibaki was in office, was decided to be lifted on Monday by the president and members of the departing cabinet. The choice was made as one of the policies the new administration decided to deal with the ongoing drought in some areas of the nation.

The Cabinet supported the choice and noted that it had been made in adherence to the National Biosafety Authority's regulations as well as the Task Force to Review Matters Relating to Genetically Modified Foods and Food Safety's suggestion. 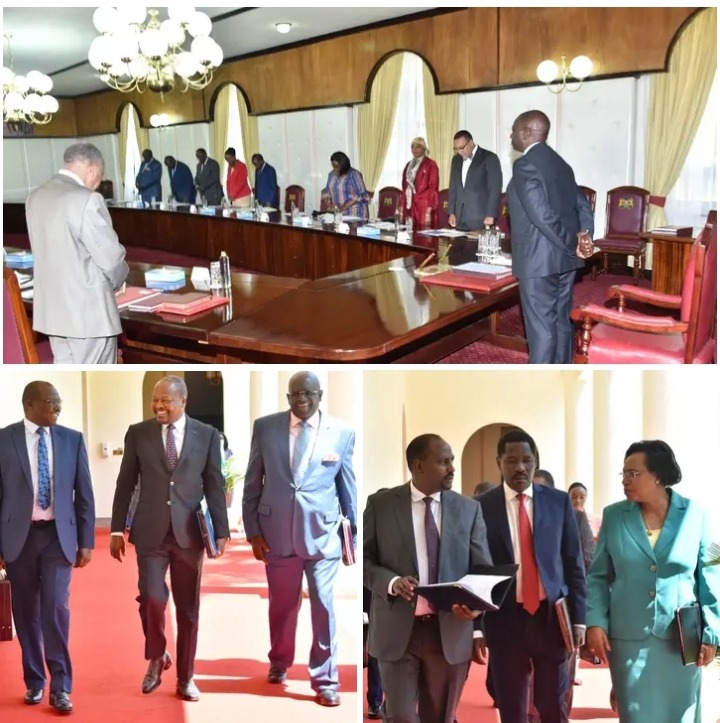 "Cabinet considered a broad array of proposals touching on climate change adaptation, reducing Kenya’s reliance on rain-fed agriculture by increasing irrigation, planting diverse and drought-resistant crops, and implementing early warning and response mechanisms that are activated at the very start of adverse situations rather than when the situations have escalated into disaster conditions," the statement issued on Monday, October 3, explained.

On September 27, 2022, at State House, President William Ruto will lead the Cabinet Secretaries in a prayer before presiding over his first cabinet meeting.

Why You Should Believe In God More Than Man