To most people, addiction is one of the hardest things to get out of especially if it's in one's whole family. For this reason, most experts often advise addicts to visit rehabilitation centers in order to receive treatment. However, while some often end up dying of addiction, others tend to get to a near death experience before quitting while others just quit on their own free will.

A recovering alcoholic who has been identified as Joseph Mwangi has shared a story that happened a few years ago that forced him to quit alcohol after realizing that it was claiming the lives of his loved ones. In his own words, Joseph said that it all begun when he was young where he allegedly dropped out of school for the same reason.

However, his strict father would later force him to go back to school despite the fact that he didn't like it. For Joseph, the only thing that kept his relationship alive with his father was the fact that they were both drunkards who would at times shares a glass or two of alcohol together.

"I grew up in a family where most of us used to drink. I would at times get drunk with my dad and that's how I became an addict. It's very funny because my father could control his addiction while I couldn't so he told me that as long as I get good grades, I can do what I want and me wanting alcohol made me stay in school", he said.

However, on the fateful day, Joseph went out with his father, drunk a couple of bottles. When he woke up in the morning, he thought his dad was sleeping only to find out that he had died in his sleep. For this reason, he said that he tried as hard as he could Untill he started his journey on being sober since his father's death was never explained. 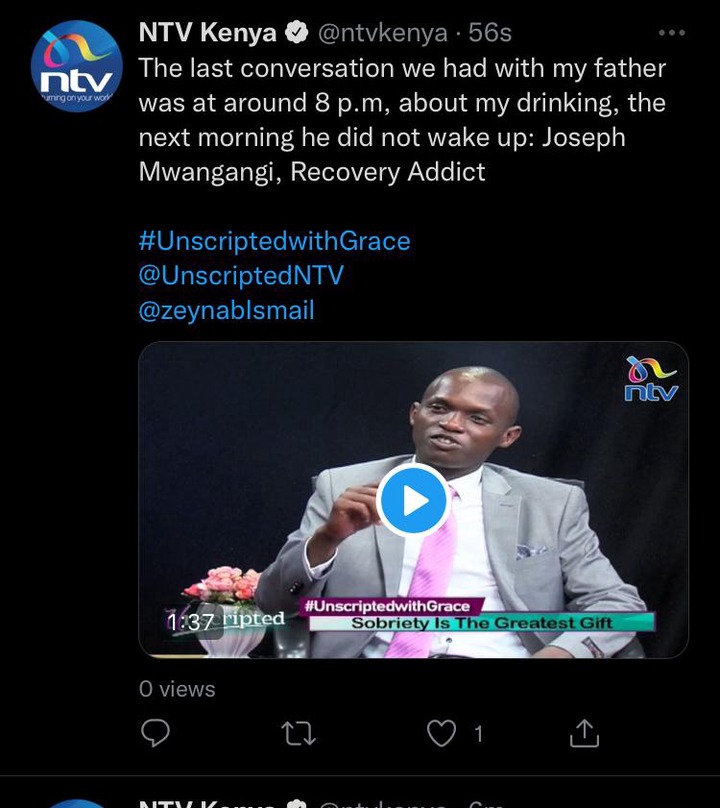 Why Hypertension (HTN) Is A Silent Killer

"The Ground Is With Ruto" Vocal Kieleweke MP Now Admits, Predicts Who Will Win In 2022