According to the American Psychological Association, "Telling the truth when tempted to lie can significantly improve a person’s mental and physical health.” This finding was published in a the 2012 report of a study carried out by the organization. Participants who practiced telling fewer lies during the ten-week study period also experienced improvement in their close personal relationships.

In the face of all these lies, these 40 short truth quotes invite us to revisit the noble stance of telling the truth. They identify paradoxes which require us to be alert. They mention the discomfort which may result from truth telling, and finally promote the power of the truth and its benefit to our well-being. One or two of these short quotes can be memorized to serve as anchors, just in case we find ourselves sliding away from the truth.

The Truth About Truth

1. “It takes strength and courage to admit the truth.” ―Rick Riordan

2. “Truth is only harsh if you're unable to face it.” ―Stewart Stafford

5. “Truth is to power what fire is to wax, that's why power and truth are mortal enemies.” ―Bangambiki Habyarimana

6. “Truth never damages a cause that is just.” ―Mahatma Gandhi

7. “The truth is worth pursuing at any distance.” ―Kenneth Ead

8. “Truth without love is brutality, and love without truth is hypocrisy.” ―Warren Wiersbe

9. “Truth was not meant to be told but found.” ―Bangambiki Habyarimana 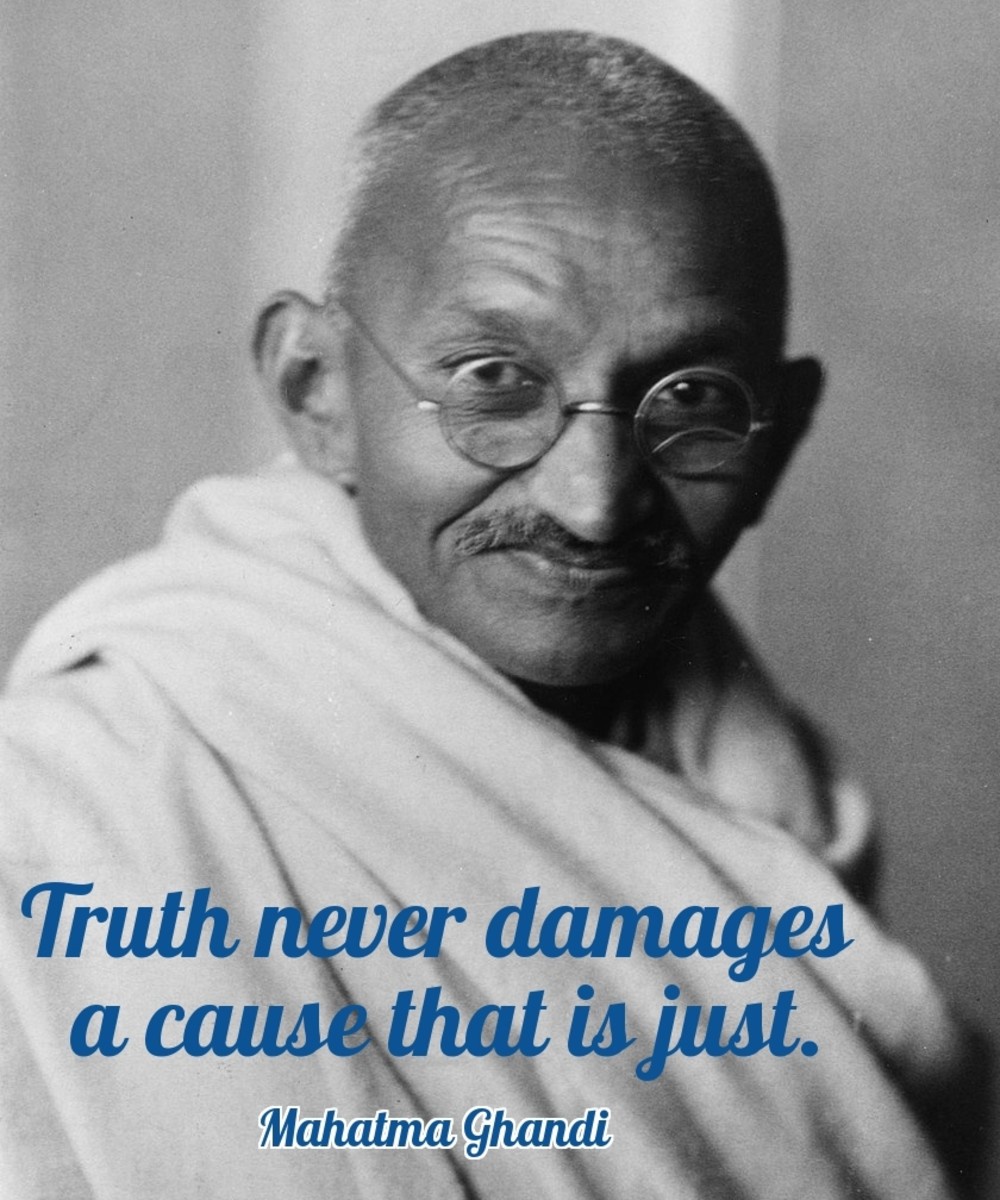 11. “The one who most seems like a liar is the one who tells a bold-face truth.” ―Runa Pigden

12. “Why did adults have to be so thick? They always say 'tell the truth,' and when you do, they don't believe you. What's the point?” ―Rick Riordan

13. It is discouraging how many people are shocked by honesty and how few by deceit. ―Noel Coward

14. “Nothing haunts us like the things we don’t say.” ―Bram Stoker

15. “All people express a fondness for truth and sincerity, yet many people prefer to live with their illusions and delusions.” ―Kilroy J. Oldster

16. “Half the truth is often a whole lie.” ―Frank Sonnenberg

17. "We often want one thing and pray for another, not telling the truth even to the gods." ―­Annaeus Seneca

19. "A truth that's told with bad intent beats all the lies you can invent." ―William Blake

20. "Actually, being funny is mostly telling the truth about things." ―Bernard Sahlins

21. “The powerful hate truth that put them in bad light.” ―Bangambiki Habyarimana

22. “Our biggest fear is not in expressing the truth but that we will be attacked or belittled because of our truth.” ―Kelli Wilson

24. "The truth is rarely pure and never simple." ―Oscar Wilde

25. “Maybe you don't know this but when you’re disabled almost no one tells you the truth. They feel too awkward because the truth seems so sad.” ―Cammine Mcgovern

26. “Confrontation is what happens when you are less than honest and you get caught.” ―Barbara Delinsky

27. There are people so addicted to exaggeration that they actually can't tell the truth without lying." ―Josh Billings

28. "It's not so much a fear of telling the truth but wanting to do it justice". ―Nancy Pickard

29. "When I was young, I read the Bible ―and look what happened to Jesus. So, I already understood that you get ridiculed for telling the truth." ―Damon Dash

30. "The truth will set you free, but first it will make you miserable." ―James A. Garfield 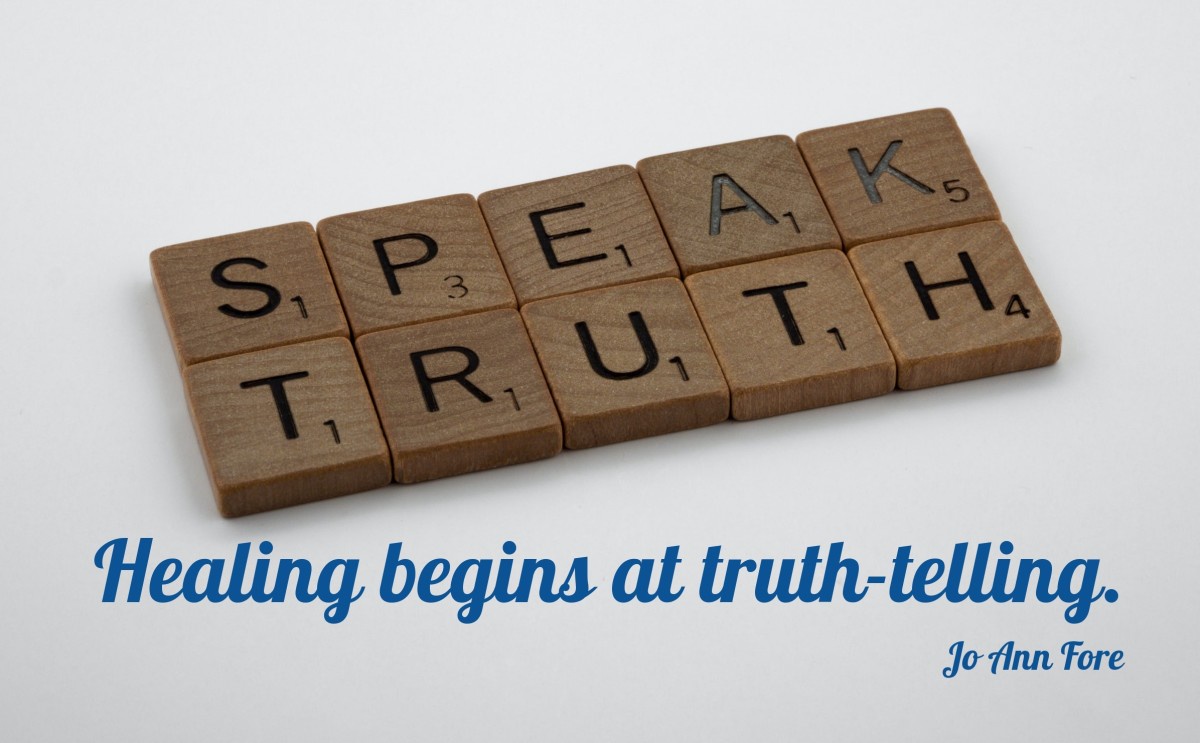 The Power of Truth

32. “One sincere truth from a stranger is more likely to move your life forward...than anything your friends and family may tell you to spare your feelings.” ―Anthon St. Maarten

33. “Never be afraid to raise your voice for honesty and truth and compassion against injustice and lying and greed. If people all over the world...would do this, it would change the earth.” ―William Faulkner

34. “Healing begins at truth-telling. Tame your emotions and focus on what matters.” ―Jo Ann Fore

36. “The truth no matter how hard it is to bear, must be accepted and confronted head on because it is real. Businesses and people who accept truth soar.” ―Germany Kent

37. "Standing up for what you believe in and being honest, telling the truth are all very liberating things." ―Eniola Aluko

38. “Honesty is more than not lying. It is truth telling, truth speaking, truth living, and truth loving.” ―James E. Faust

39. “The simple step of a courageous individual is not to take part in the lie. One word of truth outweighs the world.” ―Aleksandr I. Solzhenitsyn

40. “Truth is like a bright full moon in a dark country sky. Powerful, bright and undeniable… The truth will always outshine the clouds.” ―Alex Haditaghi

Itumbi's Response To Kibicho That Has Left Kenyans Talking

Abortion Risks And Side Effects: What Married And Single Women Need To Know About Abortion

5 Mistakes you should never make in your life

Side effects of excessive bread consumption