By Health.tips.com (self meida writer) | 19 days 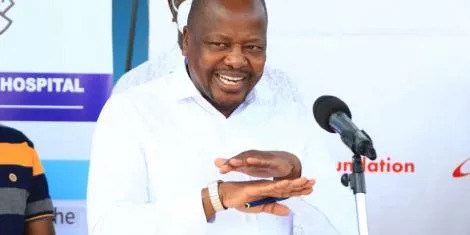 A six-month stalemate that had threatened to compromise Kenya’s fight against HIV/AIDS has come to an end. The squabble between the Government of Kenya and USAID had resulted in antiretroviral drugs being locked up at Kenya's Mombasa port.

However, the dispute came to an end on Friday, July 2. This was after a rational conclusion was arrived at by Kenya and the United States; 1.5 million HIV-positive Kenyans needed the donated drugs above all.

The consignment was an assortment of Tuberculosis drugs and ARVs (Anti Retroviral Drugs) that had been confined to the Port of Mombasa since January 18, 2021.

The shipment, worth Ksh 2.1 billion, had been stuck at the port’s storage units because of scuffles over distribution rights between Kenya and the USAID (United States Agency for International Development).

The donors wanted the biochemical tag team tablets (ARV’s) to be disbursed by Mission for Essential Drugs and Supplies (MEDS). The organization is a Christian not-for-profit organization registered as a Trust of the ecumenical partnership of the Kenya Conference of Catholic Bishops (KCCB) and Christian Health Association of Kenya (CHAK).

The firm choice by Americans to choose means of distribution apparently came with the entitlement of being the donor of these much-needed tablets.

On the other hand, the Kenyan government intended for Kenya Medical Supplies Authority (KEMSA) to disburse the drugs throughout the country from the port. A tender worth Ksh 70 million was to be awarded to the institution for this purpose.

However, America did not want to work with KEMSA (Kenya Medical Supplies Agency) given its past entanglements in massive counts of graft in which billions of shillings, including donations, were lost.

In addition to that, a Ksh 90 million import tax had been placed on the donation. Due to the tax row, People Living with HIV and Aids (PLWHA) were forced to take reduced doses as county governments resorted to rationing doses to avoid running out.

However, the tax was waived through efforts of the Health Ministry in conjunction with the nation’s Treasury. The sustained discord had caused persons living with HIV/AIDS to fear for their lives due to a shortage of antiretroviral drugs (ARVs).

To that effect, both governments have reached common ground in terms of giving priority to Kenyans in need of the donated tablets. The diplomatic limbo has been quashed. This is so as a framework of ensuring the consignment reaches all Kenyans is in the works.

Following the end of the life-threatening stalemate, health authorities will work around the clock to distribute medication countrywide in the best possible conditions.