By Description (self meida writer) | 7 days 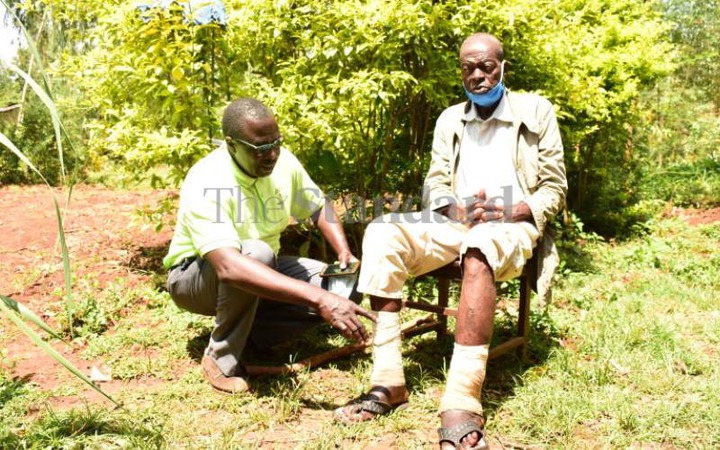 One day Moses Katimbwa, woke up in the morning and realized that one of his legs was itching. Katimbwa however thought that it was just a minor issue and did not bother himself to pay much attention to the little pain since he had faith that it would go away.

After, a week of mild pain, things worsened. The 53-year-old Moses Katimbwa realized that there was an wound on the same leg while the pain turned so be severe and he could bear it no more. So the man decided to seek medication. Sadly doctors at the local health facility in his residential area couldn't establish the disease Katimbwa was ailing. These signs were of unknown disease. However the clinical officials at the facility cleaned the wound and dressed it which gave Katimbwa hope that it will heal soon.

Moses Katimbwa is a resident of Emmutsuru village, Luanda Constituency in Vihiga County which is near Kisumu-Busia highway.

Moses Katimbwa used to work as a carpenter before the disease ravaged his body. He explained that after a month since the tiny wound emerged on his leg, it had eaten into his leg making him unable to walk. He was then forced to close down his workshop which used to earn him good cash. The wound continued to widen, became smelly and says that worms started coming out of the painful wound.

While explaining to Standard, Katimbwa says that he has so far gone to over 30 hospitals in different counties including Siaya, Vihiga, Kisumu and Kakamega and has never got a solution to his problems. Katimbwa lamented that he has spent hundreds of thousands seeking medication and the doctors have now recommended a skin grafting which is unaffordable to him.

Katimbwa says that he now feels helpless especially during the cold and rainy seasons when pain intensifies. He added that he is almost giving up.

This unknown painful disease has not only affected Moses Katimbwa. Josam Mayia also gave his part of the painful experience. Mayia says that back in 2013 he had a similar sharp pain and after a day, a boil developed. He says that the wound became huge and covered his entire leg. Mayia, who is a father of one explained that by 2016 he couldn't walk and at the moment, he is usually bedridden. His wife however abandoned him due to his deadly disease that made him dependent. 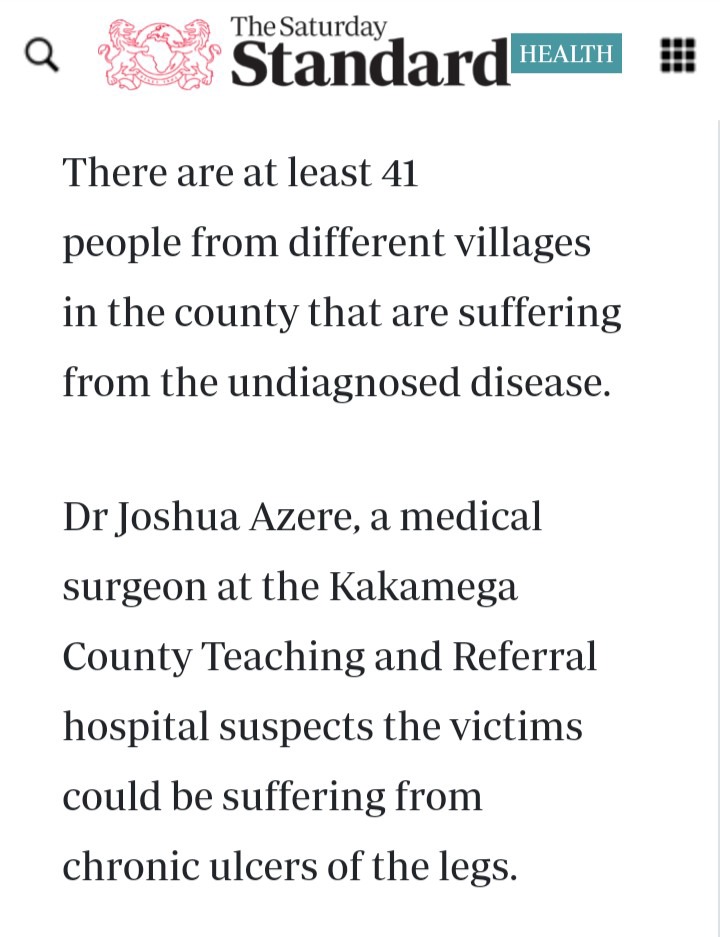 As at now, the disease has spread and at least forty-one (41) people who are residents of several villages in Vihiga are battling this unknown leg disease.