A Thousand-Word Essay Summarizing All Facts About Covid-19

By Josmoge.com (self media writer) | 1 month ago

Covid-19 is an infectious disease caused by a virus that is called the severe acute respiratory syndrome Corona virus 2 (SARS-CoV-2) (AndersonKG, April, 2020). The disease was named by the WHO as Covid-19 as an acronym of ‘coronavirus disease of 2019’. The first known case of covid-19 was discovered in Wuhan, China, in December 2019. It was discovered following a break out of a pandemic involving the respiratory like illness that was affecting a lot of people over a short period of time with reports of very severe cases and sometimes deaths resulting from respiratory like related abnormalities. World Health Organization (WHO) reported the disease on December 31, 2019. Later on January 30, the following year, 2020 Covid-19 was declared as an international emergency by the World Health Organization, WHO. Three months later on March 11, 2020, Covid-19 was declared as a global pandemic by WHO after its uncontrolled spread to several parts of the world. 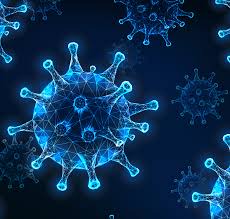 The Corona virus disease 2019 has serious affected our day to day lives. The pandemic has affected millions of people who have either been sick or have been killed by the deadly virus leaving behind orphans, widows and widowers with a lot of emotional and psychological breakdowns following the demise of their beloved ones. Countries were too deprived of economic manpower due to such deaths.

The virus has impacted the world negatively, it brought about a worldwide economic crisis as countries all over the world shut down their borders to outside influence. Flights were grounded and no visiting foreigner was allowed into another country for fear of bringing in new infections, the end result was a serious impairment in the tourism industry, especially to those countries that majorly relied on tourism as a major contributor to their national GPD. Borders to neighboring countries were also shut down, enmity broke out among previously friendly countries as there broke up a conflict of economic interest among these neighboring countries. What followed was total shut down of economies among nations of the world, schools were closed, pupils were sent home, and some countries had their schools closed to up to 2 years, this affected learning in this countries as they had to change academic calendars. More serious and challenging effects followed as most countries had their businesses close down with restrictions of operation hours to only essential services. WHO confirmed that the disease is primarily spread through contact from person to person within 1.5 meters, through the spread of respiratory droplets from an infected person to a healthy person, the disease transmits when people breathe air contaminated by droplets and tiny airborne particles containing the virus. (WHO 2. , 2020) Transmission can also occur when one is spread or splashed with contaminated fluids into the eyes, nose or mouth. Those at risk of transmission are the older people above the age of 60 years old and people with chronic illness such as diabetes, Hiv/Aids, hypertension, cancer, pregnant mothers, anemic patients and hypertension clients. The pandemic has resulted in many countries across the world to impose day and night curfews, lockdowns and quarantining those with the virus or those who have been contacted with the affected. This has made many countries to slow down the manufacturing sector as a way of controlling overcrowding that's is a main cause of transmission. 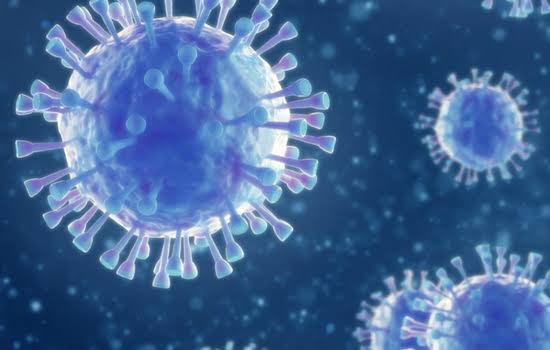 The most common symptoms of the disease are fever, difficulty in breathing, chest pain, dry cough and tiredness, and this happens in the earlier stages of the infection, while the less common symptoms include aches and pains, sore throat, diarrhea, conjunctivitis, headache, loss of taste and smelly skin rashes. The symptoms always begin between one and fourteen days of exposure. There are People who are infected but do not develop noticeable symptoms (asymptomatic). Those who developed symptoms (symptomatic) are classified as patients. Most infected people develop mild to moderate symptoms. Others develop severe symptoms. Some of the complications of the COVID-19 include pneumonia, viral sepsis, kidney failure, respiratory failure and pulmonary fibrosis.

Preventive measures that have been put across by the World Health Organization (WHO) and governments to help curb the spread of COVID-19 include; COVID-19 vaccines that have been discovered and distributed in various countries that have initiated mass vaccination campaigns (WHO, 2020) the vaccines include: BioNTech Pfizer vaccine, Johnson and Johnson vaccine, Moderns vaccine and Oxford, Astrazeneca vaccine.

Other preventive measures include maintenance of social distance by keeping a distance of 6 feet between persons, avoiding public places that are overcrowded, proper hand washing using soap and alcohol based sanitizer, covering mouth and nose when coughing and sneezing. And proper wearing of face masks. Health care instructions were provided with Personal protective equipment (PPEs) that would protect them from acquiring the infection from sick patients. Various government institutions in different countries had to enforce laws that would ensure the measures put across to prevent the transmission of COVID-19 were adhered to by its citizens.

In conclusion, without the steps we have taken worldwide to curb the spread of COVID-19 that includes; uniting and working relentlessly for a solution, finding innovative ways to create a new normal, and protecting the socio economically disadvantaged individuals or those with fewer resources: achieving control of the spread of the virus may have never been a possibility. To keep the economy afloat, schools in sessions and society flowing, we cannot go back to normal. Our new normal has managed to bring our globe back to its feet again with economies trying to bounce back and fight the massive deflation that Covid-19 had initially created. With a unified plan of action, we can maintain a new normal and create a more adaptable, equitable, resilient, and thriving World.

Content created and supplied by: Josmoge.com (via Opera News )

Best Foods to Feed Your Kids