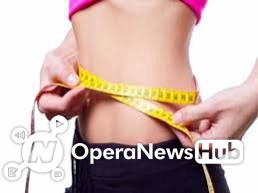 It's no secret that people are willing to go to extreme lengths to shed pounds. From emaciating cleanses and diets to military-style boot camps, people practically torture themselves to get the body they want. Sometimes, things cross over from extreme to just plain crazy. Here are some of the strangest weight loss programs people have tried.

Tapeworms are parasitic creatures that attach themselves to the intestinal tract of certain mammals, including humans. Once inside the digestive system, tapeworms divert nutrients from the body into their own system, robbing the host of food midway through its transformation into useful energy. By out-competing the body for nutrients, it has the effect of prolonged fasting but the host doesn't ever stop eating. This can lead to extreme, dangerous weight loss. Using worm egg pills, which are illegal in the United States, people can literally infest themselves. While it is completely disgusting, it does work as a weight loss program... a little too well. In one reported case, a woman lost 60 pounds before the worm laid eggs. The eggs burrowed into her intestinal wall and then into her circulatory system, infecting her bloodstream and causing death.

For many people, their willpower to avoid eating is overcome by the hollow growl of an empty stomach. The cotton ball diet is one of a handful of weight loss programs that purport to fill the stomach without introducing any calories into the digestive system. Cotton balls are dipped in liquids like juice and swallowed, essentially tricking the stomach into satiation. The diet has repeatedly been condemned by health professionals who warn that ingesting even small quantities of cotton can cause intestinal blockage and dehydration, which can lead to nutrition deficiency. People have also been known to choke on the cotton. Worse still, many 'cotton balls' available at stores today are made of synthetic material that the body cannot digest without great effort.

As unhealthy as smoking is, it's a common pound-shedding method. Nicotine is a natural appetite suppressant, and even pre-Columbian Amerindians were aware of this quality. Long-distance messengers in both North and South America were known to carry plugs of tobacco to hold them over on treks over hundreds of miles with little or no food. Today, many smokers note that one of the hardest parts about quitting is the weight gain that comes with cessation. While it may be one of the more effective weight loss programs, it is extremely unhealthy. Any health benefits of avoiding obesity are canceled out completely by the negative health effects of smoking. Those quitting smoking should maintain a healthy diet and implement an exercise regimen, both to keep extra pounds off and to reverse the negative cardiovascular effects of smoking.

This Combination (Moringa and Ginger) Fights the deadliest diseases.

Can’t Lose Weight? Here’re 5 Reasons why the body is not Losing Weight