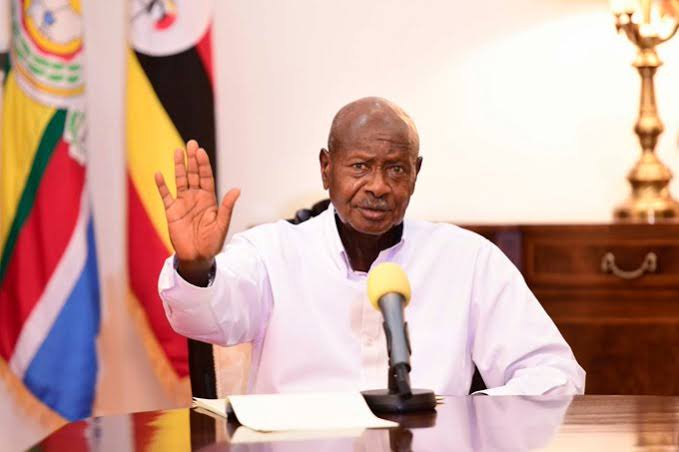 It had emerged that Ugandan President Yoweri Museveni's close associates were vaccinated against the Corona virus, Sinopharm from China, months before health workers and other groups in the country were reached.

The reports were revealed last Thursday by The Wall Street Journal in the United States.

According to the newspaper, such efforts are part of the Chinese government's search for its vaccine market, as it did in Peru and the Philippines. 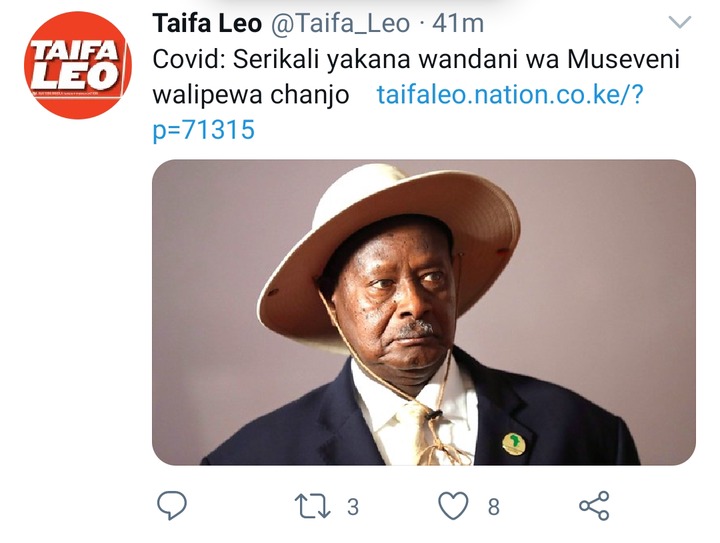 The newspaper reported that in Peru, about 500 people with political influence were secretly given the vaccine, although it is still being tested. Among them is the former president, Martin Vizcarra.

However, President Museveni's Chief Communications Officer, Don Wanyama, denied the allegations, saying the country had not yet received a vaccine against the virus. Instead, he said, health workers will be given first aid, as soon as they arrive.

“What do they mean by 'close people'? That is not true at all. Ugandans have not yet received any vaccine against corona, ”said Wanyama, in an interview with the Daily Monitor on Wednesday.

He added: “The president has made it clear that we hope to receive the vaccines soon. When they arrive, it will be made clear that health workers and people affected will be given priority. There is no such group as 'close associates.' ”

"There is no such thing," he explained.

Efforts to reach the Chinese Embassy in the country were unsuccessful.

In December last year, the Ugandan government allowed the Liao Shen community from China to import 4,000 doses of the vaccine into the country for personal use. The community lives in Kapeeka area, Nakaseke district, where it operates commercially.

Health Minister Ruth Jane Aceng told the newspaper that at the time, the vaccine was still being tested and was intended for use only by Chinese nationals.

“They wanted to use it for themselves. We instructed them to make sure they use it alone, as we do not want it to reach the other citizens. "Uganda usually imports vaccines that have been approved by the World Health Organization (WHO) only for human consumption," he said.

Asked how the government would ensure the vaccine did not reach the people, the minister said it would be shipped to the country on a small scale, and submitted directly to the Chinese embassy.

Liao Sheng Community Superintendent Zhang Hao said the vaccine was not intended for use in clinical trials, but only for use by Chinese nationals.

Uhuru CS Alleges That She Is Not Interested in Any Position in Ruto's Government, Reveals Next Move

"After our army captures Nairobi, where should I live?" Museveni' Son Statement Causes Reactions