By MikeEgan (self media writer) | 1 month ago 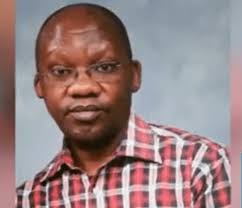 Over the weekend the residents of Nakuru, Milimani area were struck by the sad news of a doctor who took his life and that of his 2 innocent children under mysterious circumstances.

Netizens and Kenyans in general are still struggling with the facts as something sounds fishy about the whole gruesome suicide.

To begin with, how fast the police were notified, raises a lot of question, the reports indicate that when they broke in, the doctor was alive though unconscious.

It's being said that one of his employee is the one who alerted the police after he was sent by the wife to their house at 10.30PM to check on the doctor who was not answering his phone. The said employee was spooked by the site of the Dr Gakara's spectacle on the table,which he never removes.( probably even when he is sleeping) The second aspect to the story is the issue of not being able to take his own life as quickly as he did to that of his children. Being a doctor, Dr Gakara would have done it with ease and quickly even before he was found.

The last item is the fact that there seem not to have existed any family issues between the doctor and the wife. How a jovial person like him decided to commit such a gruesome murder without a motive, still baffles most of us.

Anyway with the passing of the only person who would have shed some light on all these questions, it's up to the homicide detectives to unravel the mystery.

Content created and supplied by: MikeEgan (via Opera News )