Nairobi hospital is on spotlight following allegations of negligence that has caused the death of a minor who was injected with the wrong dose. 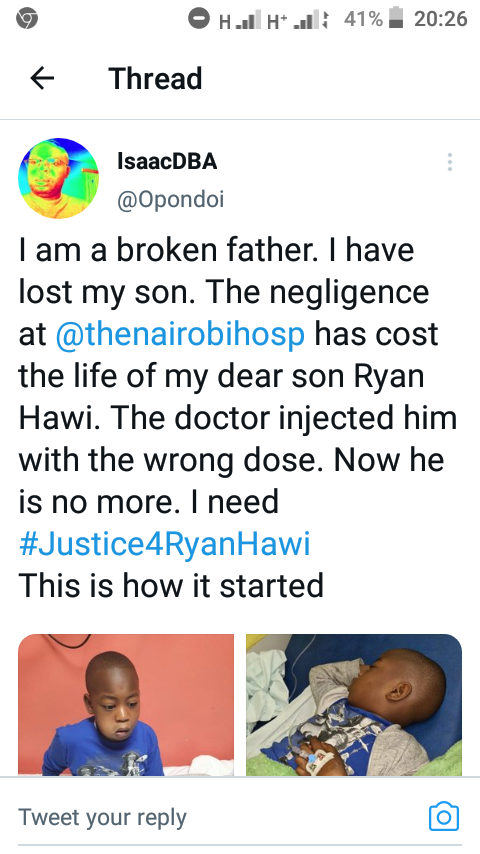 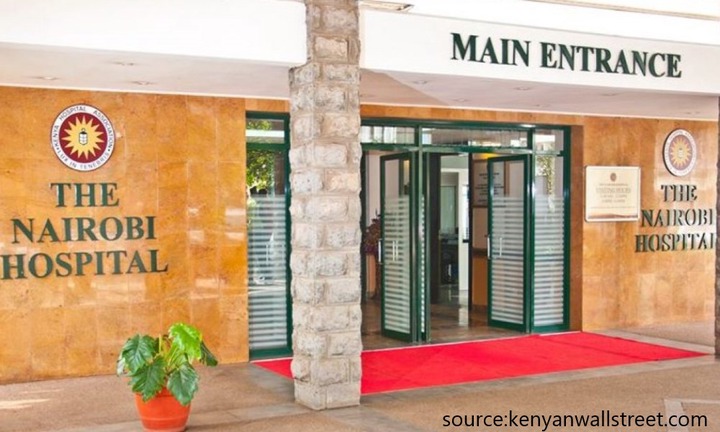 Issac revealed that his son complained of backache and was given a painkiller.The deceased complain of pain after thirty minutes,and at this point Issac consulted his pediatrician who advised him to take his son to the Nairobi hospital.

Upon arrival at the hospital, doctors attended to his son at the casualty and the son development breathing complications as a result of morphine overdose. 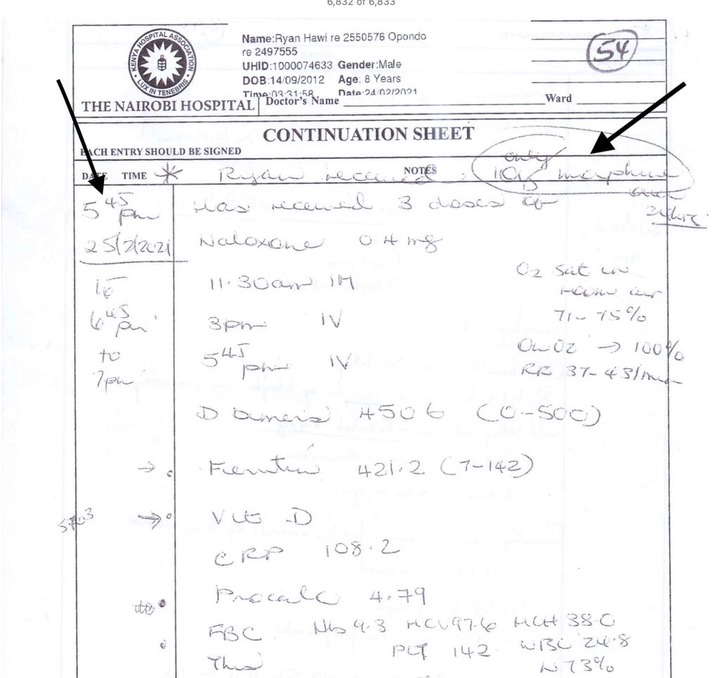 Issac further alleged that Nairobi hospital doctors and staff neglected giving his son a life saving medication which would have reversed the morphine overdose immediately.

"The Nairobi hospital doctors did not perform hemodialysis to remove gabapentin from Ryan who was 8 years" Isaac added. 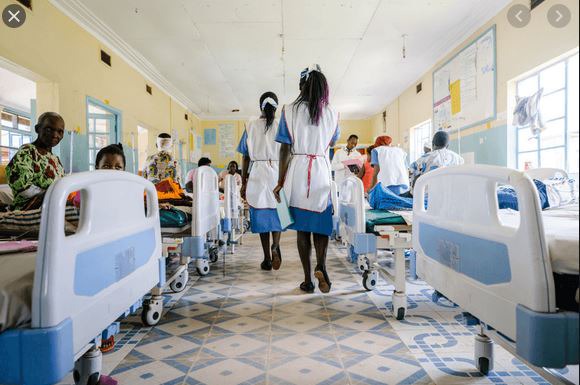 According to Ryan's father,patient documents that were provided had suggested that morphine was continued even after the nurses noted an overdose.

"During infusion of morphine and administration of gabapentin the child was not monitored,there was no pulse oximeter to continuously monitor the child’s respiration that led to his death" Isaac tweet. 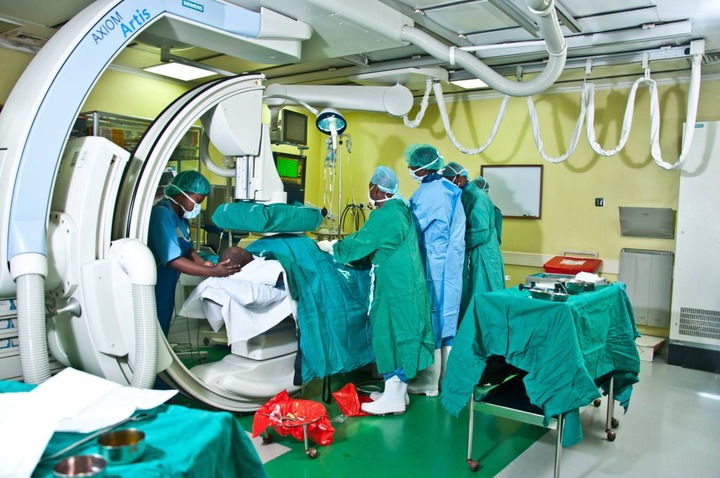