My Breasts Started Growing Bigger After I Suffered A Brain Tumor. The Treatment is Costly; Francis

Francis Gichuru painfully narrates how his Breasts started growing bigger when he suffered a brain cancer. He said that this has affected his life negatively and the treatment is costly. 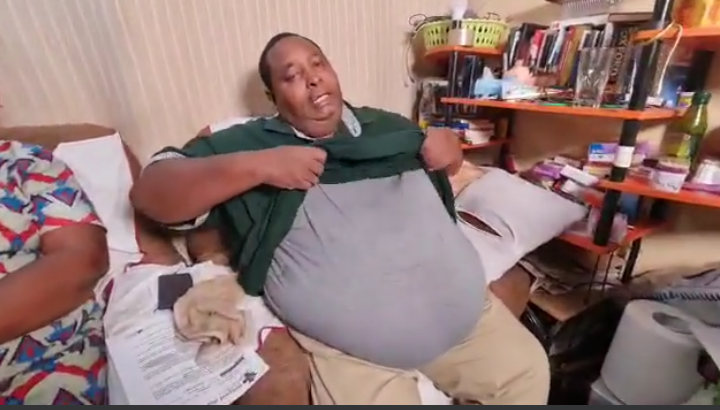 Francis Gichuru was born as a normal child his life was going on well until he got married. He said that after his wedding he started feeling unwell. He would faint and have a blurry vision. He also had endless headaches that landed him in hospital. After a few test his was diagnosed with a brain tumor.

He said that the illness strained his body. He went through surgery and also chemotherapy and radiotherapy. He said that after the surgery life changed completely. His hormones became uncontrollable and when he went back to hospital he was informed that the brain tumor had affected his hormones. 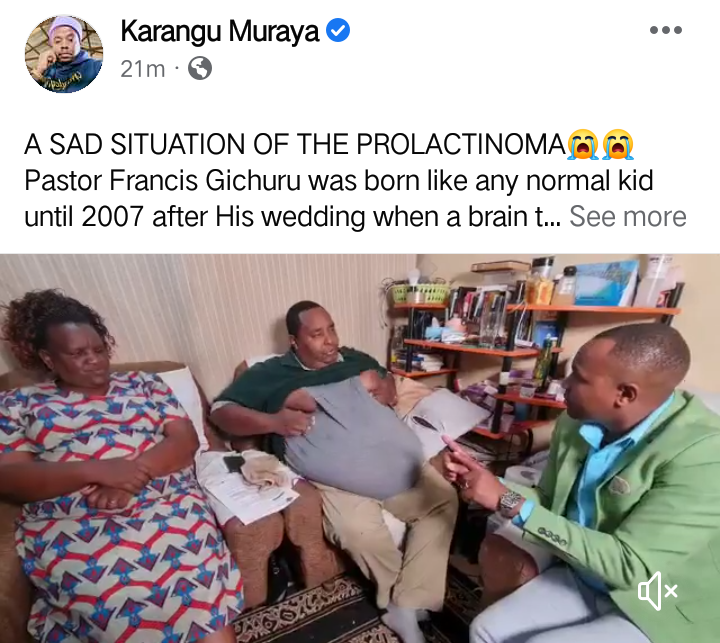 He said that his hormones interchange and the female hormones took over his body. His breast started growing bigger and they also produced milk. This was shocking to him and after he went to hospital nothing much could be done.

He said that the condition has also contributed in the increased weight and he is now obese. He ensures that he eats little food so as to contr the weight gain.

" My body is growing bigger even when I eat little potions of food." Francis said.

This has also affected his marriage but his wife has been faithful and she has stood by him through the tough times. Speaking to a YouTuber he said that the const of treatment is very high because the treatment can only be found in India. 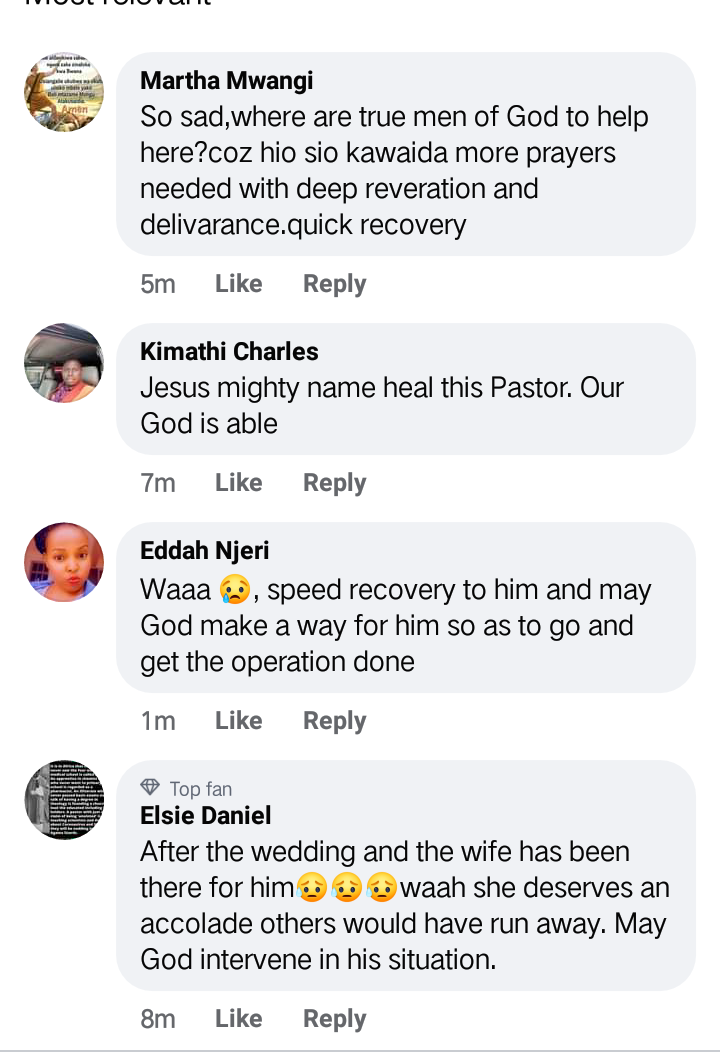 He said that the condition has affected his self esteem and especially from people who mock him for his condition. Francis is kindly asking well wishers to support him with his treatment.