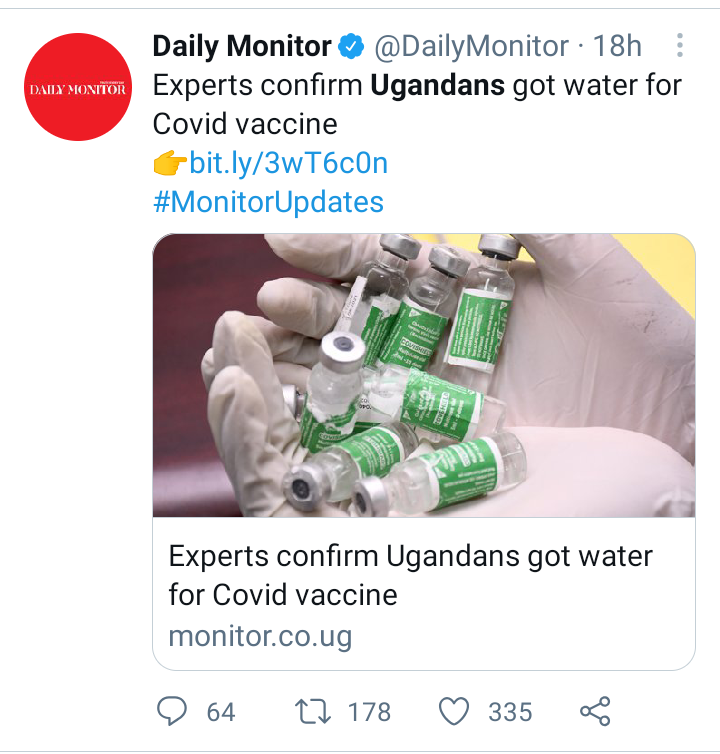 The number of Covid-19 cases in Africa have been rising cases due to lack of vaccines to fight the fast spreading respiratory disease.

African countries have been relying on Western countries the UN and WHO to aid them in vaccinating their citizens, since few of them can afford the vaccines. 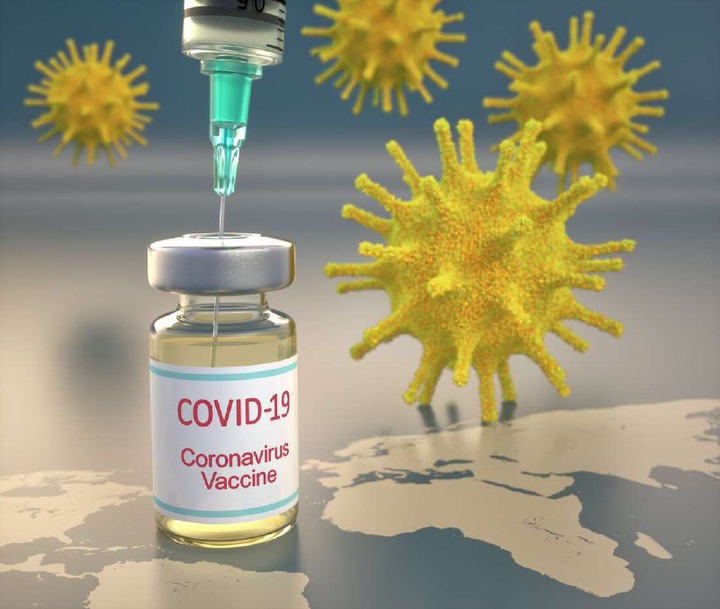 State House Uganda has confirmed that more than 800 people and an undisclosed number of workers from several companies in the Kampala Metropolitan area have received fake Covid-19 jabs.

In an article by The Daily Monitor, director of the Uganda State House Health Monitoring Unit Dr. Warren Naamara said the suspects in the matter, who included a doctor currently on the run, duped several people and companies with fake Covid-19 vaccines. 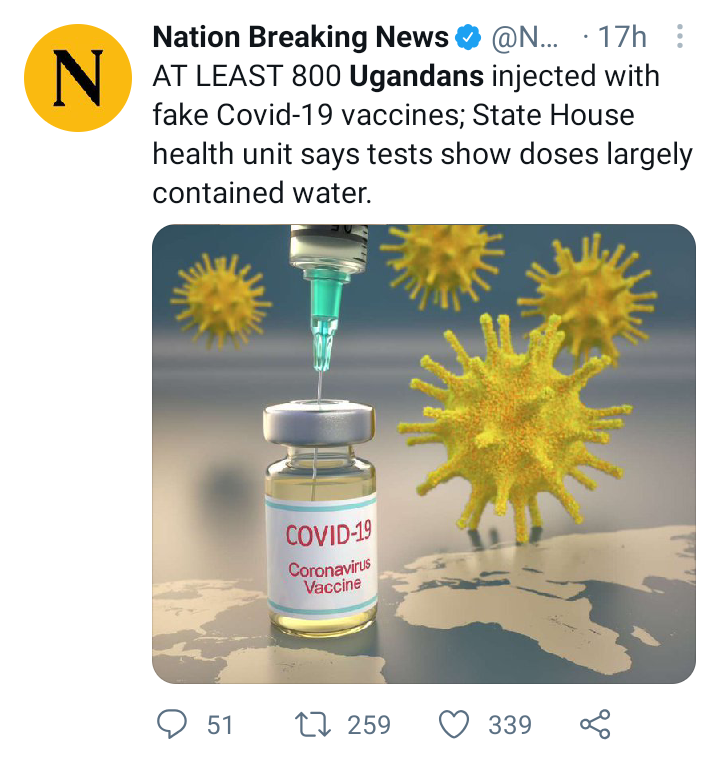 The reports of the fake Covid-19 vaccines comes after the release of the test results for samples taken from the batch of vaccines.

Dr. Warren Naamara confirmed that over 800 Ugandans were injected with the fake vaccines between May 15 and June 17 2021. 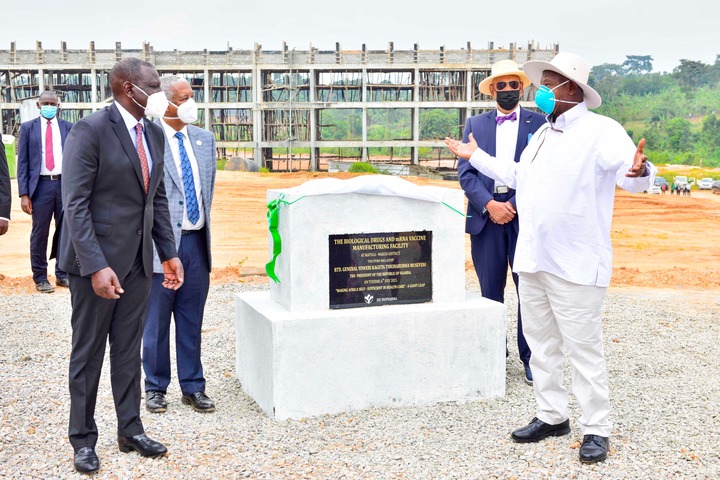 On Monday 19th July, the director of State House Health Unit in Uganda said that a number of suspected fake Covid-19 vaccines, together with the genuine ones were sent to the Directorate of Government Analytical Laboratory in Wandegeya and the National Drug Authority (NDA) for confirmation and analysis. 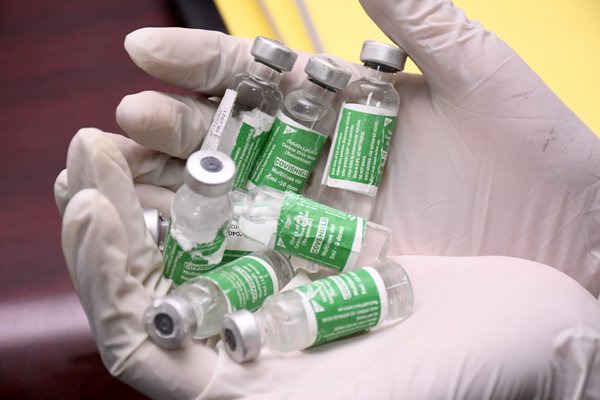 He also confirmed that the NDA forwarded the samples to Serum Institute of India, who are the manufacturers of Covid-19 vaccines and immuno-biologicals for comparison with genuine vaccines.

Dr. Warren disclosed that the institute confirmed the vaccines were indeed not genuine.

After analysis of the samples taken to the institute, the Serum Institute of India confirmed that it did not supply the batch in question to Uganda. 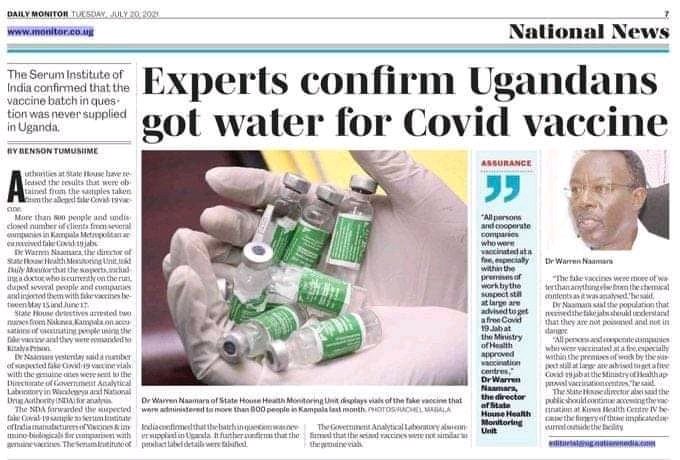 The institute also confirmed that the product label details were also falsified and not from the institute.

On testing the vaccines, the Uganda Government Analytical Laboratory also confirmed that the seized vaccines were not similar to genuine ones, advising its citizens to remain cautious. 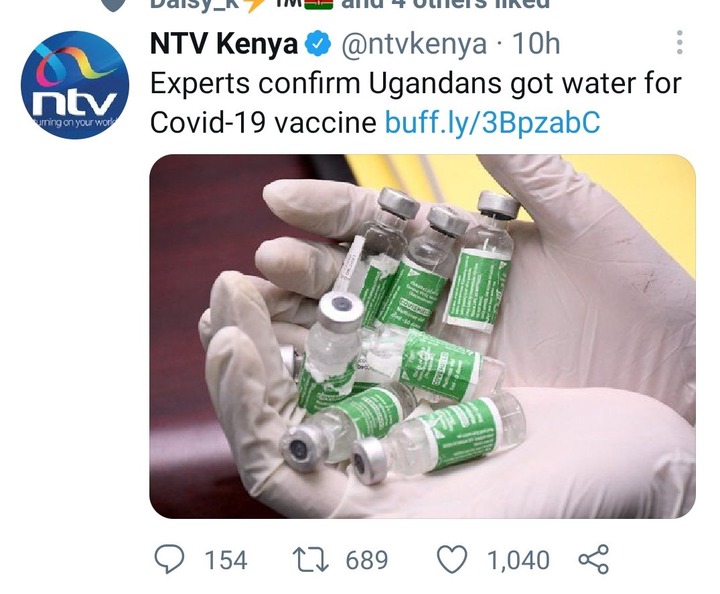 "The fake vaccines were more of water than anything else, from the chemical contents analysed," The Uganda State House director of Health Unit Dr. Naamara added.

Dr. Naamara however noted that the number of citizens who had received the fake Covid-19 vaccines were not poisoned or in any danger, and should not get worried. 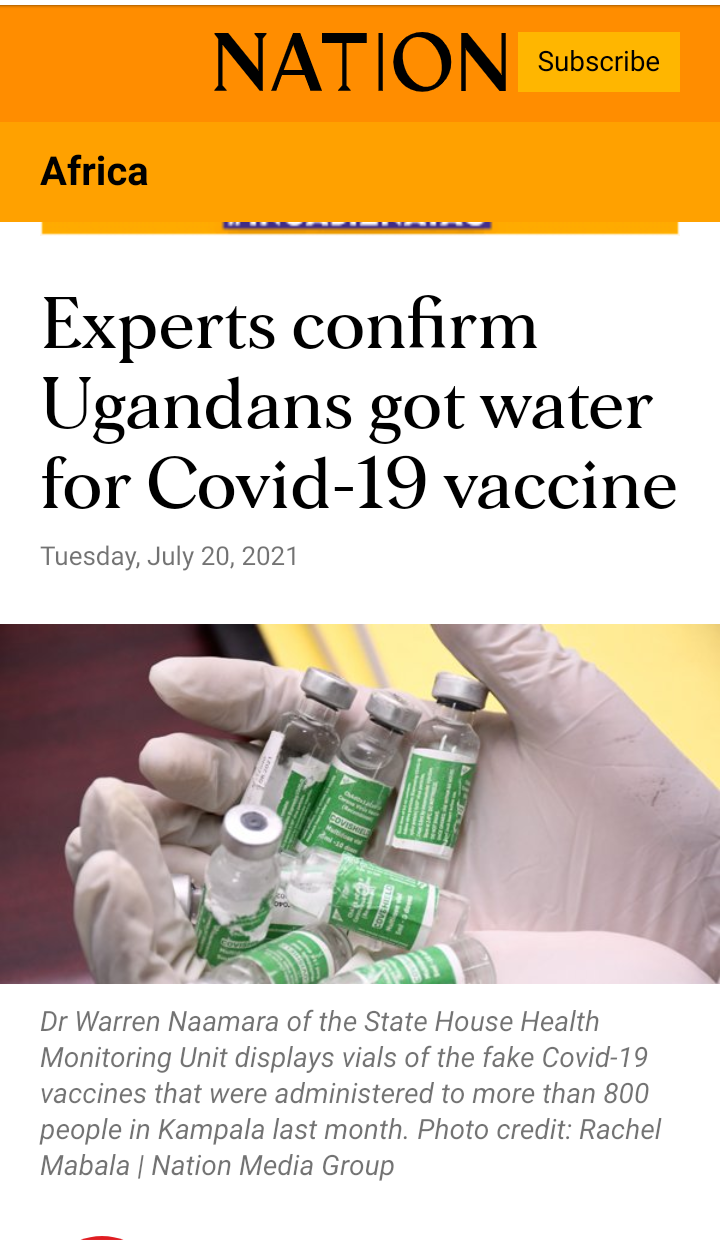 "All persons and cooperate companies vaccinated at a fee, especially within the premises of work by the suspect still at large, are advised to get a free Covid-19 jab at the vaccination centres approved by the Ministry of Health," Dr. Warren Naamara stated. 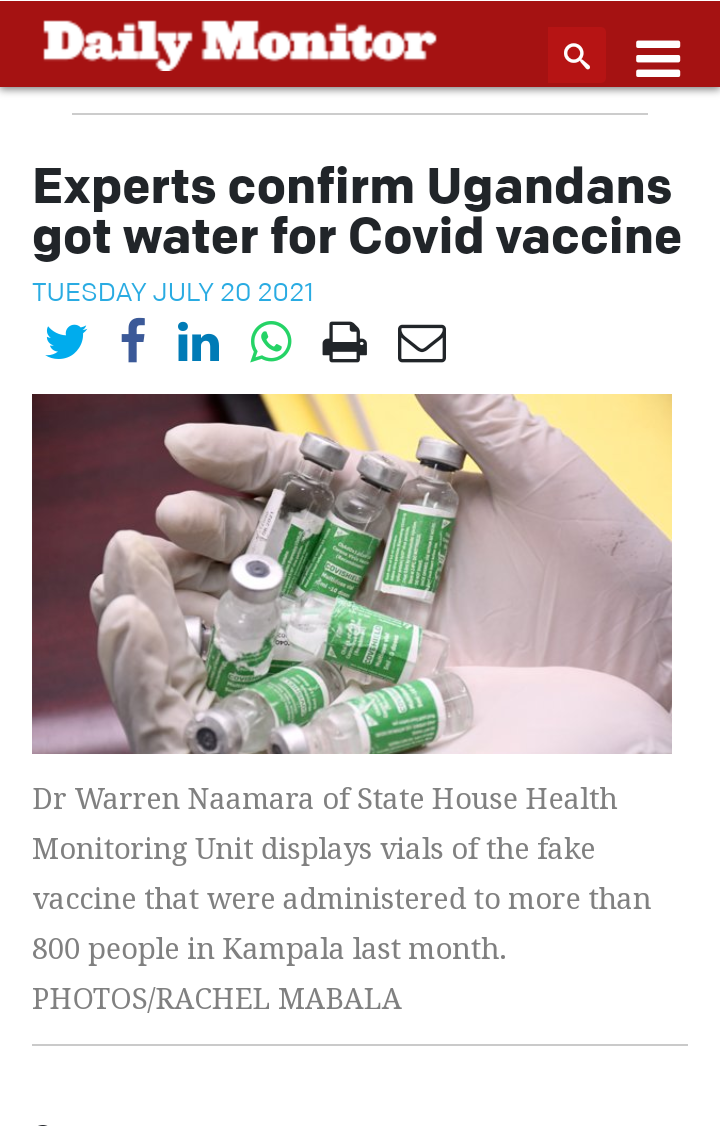 He said this confirming that the forgery and fake vaccination had occurred outside the facility. 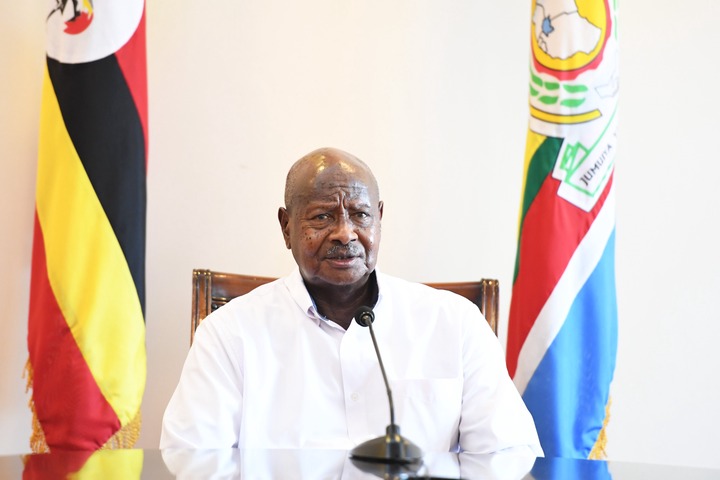 The doctors involved in spreading fake vaccines have since been remanded to Kitalya Prison.