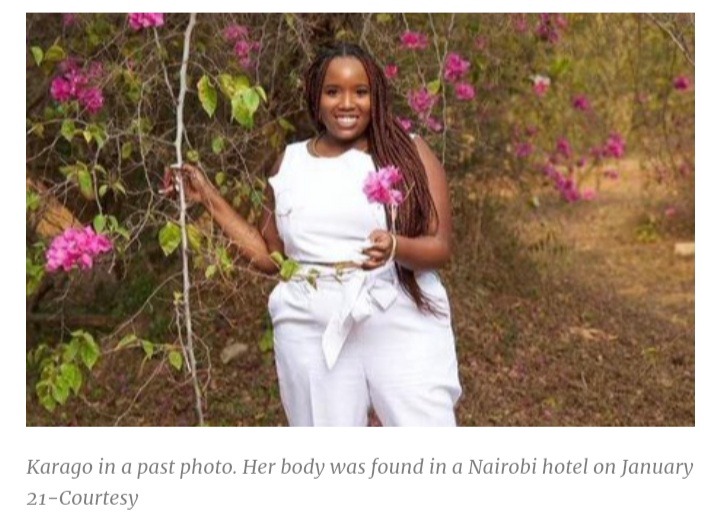 However, pathologists revealed that they found blood clots in the brain, but didn't made assumptions whether it was the root cause of her death.

“Her samples were presented for more analysis, and we are certain we will obtain the results after 14 days,” said Mbogo.

“We recovered some drugs used to treat diabetes inside her house. It is believed she had a blood clot in her brain according to the pathologist reports.”

Mbogo added that the deceased never had any physical wound before the incident.

Karago’s remains was discovered inside her house at the Radison Hotel along Waiyaki Way on January 21. She died at the age of 33 years old.

Police reported that they toured the hotel, and recovered Karago’s lifeless body lying in her third-floor room.

Preliminary reports indicates she had diabetes.

The group that visited the hotel confirmed that the door was locked from inside, and the lady was alone inside. An ambulance was summoned, and authorities found out that she passed away at around 5 pm. 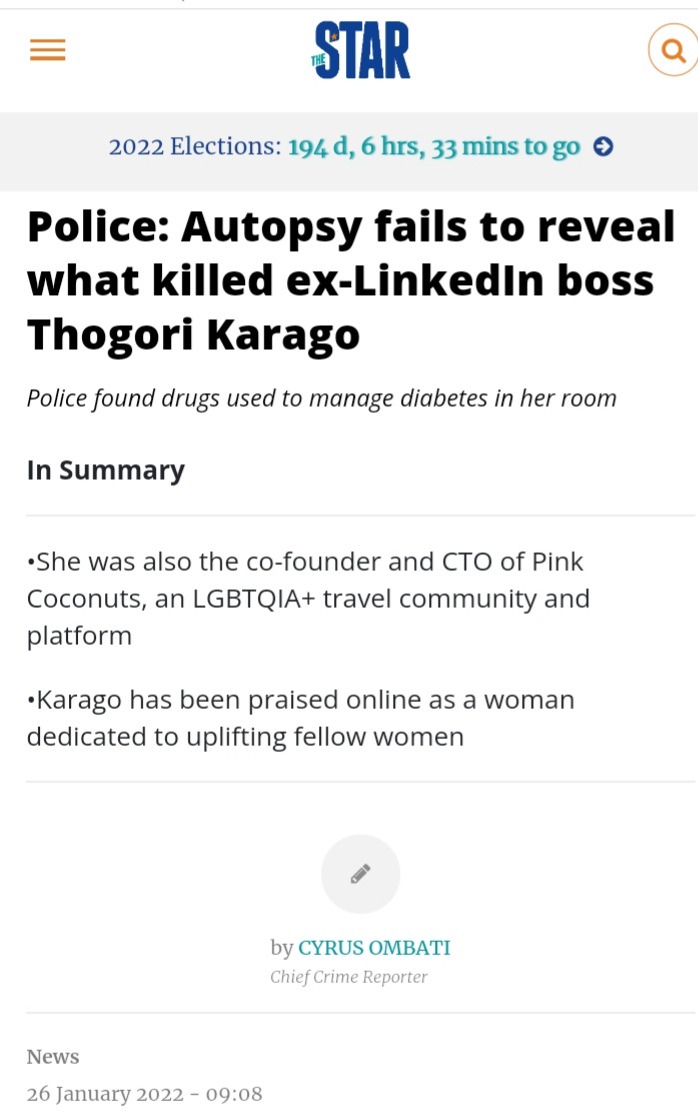 MOH Gives Message To All Kenyans