How Incredibly Maggots Are Being Used In Wound Healing 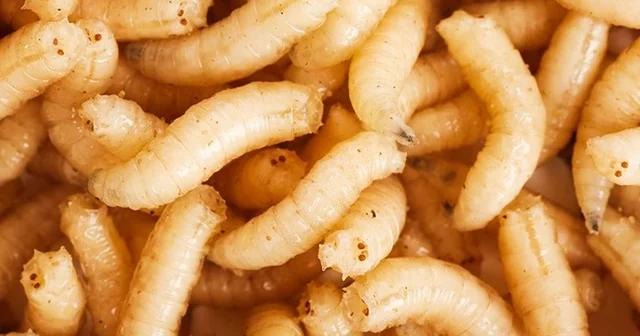 As the world goes technological many discoveries have been invented in the field of medicine. One of the notable discoveries is the use of maggots in the cleaning and healing of wounds.

To begin with, maggots are legless fly larva. It goes without doubt that they can be used instead of the resistant antibiotics to heal wounds.

In accordance to The Daily Telegraph, the medical care that involves application of sterilised maggots to open wounds to feed on dead cells and tissues has been a common practice that is now being embraced in the field of medicine.

But with the resistance that has comes with antibiotics, maggots are increasingly being used in oversea countries.

The Daily Telegraph further reports that the bacterial strain that is antibiotic resistant kills close to 700,000 people every year, a figure speculated to hit 10 million by the year 2050.

Some multinational European companies have initiated the rearing and selling of maggots. A good example is BioMonde, which is based in Bridgend in South Wales and has been rearing maggots from Greenbottle Blowflies and selling close to 25,000 of the "biobags" across Europe.

"Larval Therapy, also known as 'Maggot Therapy' or 'Biosurgery' involves the use of larvae of the greenbottle fly, which are introduced into a wound to remove necrotic, sloughy and/or infected tissue. Larvae can also be used to maintain a clean wound after debridement if a particular wound is considered prone to resloughing." States BioMonde company via their website.

"The technique, which has been used for centuries, has been reintroduced into modern medicine by doctors and wound care specialists who have found that larvae are able to cleanse wounds much more rapidly than conventional dressings." Added BioMonde.

Further, The Telegraph asserted that the bags, each holding between 60 and 300 active maggots, are introduced to open wounds that are resistant to antibiotics. They consume the decaying flesh hence eradicating any infection.

"Maggots are viewed as an agent of decay, when in fact they're brilliant little creatures… and work incredibly well in wounds with resistant infections," said Nigam Yamni (a healthcare science professor based in Swansea University)

"We're on the cusp of this global catastrophe of antimicrobial resistance and larval therapy is sometimes considered a backup plan or last resort to tackle resistance – but actually it is part of the solution." Added Nigam.

"It's a tried and trusted treatment that has stood the test of time for hundreds, if not thousands, of years," said Llewellyn Rebecca (a clinical officer based in BioMonde company)

In summary, going by those facts, people do oftenly associate maggots with filthy environments. But on the flip side, this tiny creatures can be of more help than harm to us especially when it comes to the treatment of antibiotic resistant wounds.