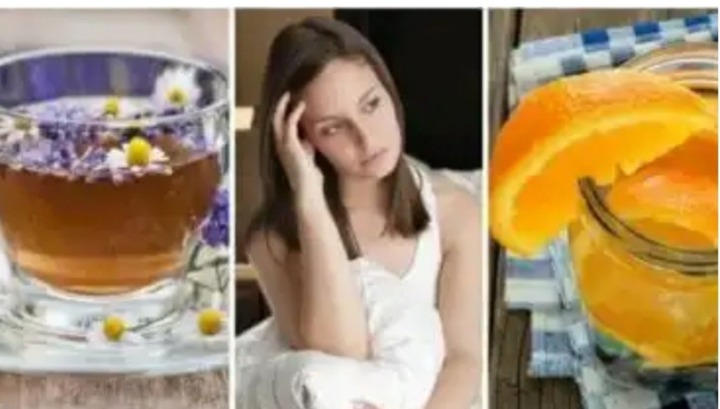 Chamomile tea is known for its medicinal applications. Although it does not cure illnesses, it can be a great help in relieving certain symptoms. Discover its benefits.

In folk medicine, chamomile infusion is one of the protagonists. Even if we know today that it should not be a first choice treatment for diseases, some people use it as a supplement to relieve the symptoms of certain ailments. So what is its use?

The phenolic components contained in the infusion of chamomile have an antispasmodic effect which promotes the relief of menstrual pain. In a published study, women who consumed this plant for a month were able to reduce the harshness of dysmenorrhea.

On the other hand, since it is a relaxing drink, study participants also reported less anxiety associated with their periods. Some hypotheses suggest that the plant decreases the production of prostaglandins, substances responsible for pain and inflammation. However, further research is needed.

The digestive properties of chamomile are the best known. For hundreds of years, this drink has been prepared to calm gastrointestinal discomforts such as flatulence, indigestion, diarrhea, nausea and vomiting. In this regard, the evidence is still limited.

3. It promotes a better quality of sleep

No natural plant can fight alone against sleep disorders. Despite this, certain plants such as chamomile are conducive to better sleep. Thanks to its content in apigenin, a type of antioxidant, it effectively stimulates brain receptors and reduces insomnia. In addition, they had fewer depressive symptoms associated with difficulty sleeping.

To maintain controlled blood sugar levels, it is fundamental to improve eating habits as well as lifestyle. However, for occasional glucose spikes, it is beneficial to consume chamomile drinks. Why ?

Studies suggest that plant extracts help stimulate the functions of the pancreas, the organ responsible for producing insulin. This is the hormone responsible for regulating sugar levels in the body. And although the evidence is lacking, the results are considered promising.

The antioxidants present in chamomile tea, especially the flavonoids, have a beneficial effect on heart health. Of course, this does not mean that this drink replaces medical treatments in case of heart conditions. But, as part of a regular diet, it helps reduce the risk of disease.

The use of chamomile in all its forms is widespread throughout the world. Thus, in addition to those just mentioned, there are other benefits attributed to this plant. However, many of these applications lack scientific evidence:

Anxiety and depression: the sedative properties of chamomile tea are beneficial against states of mental stress, such as anxiety and depression. Although it is often used in aromatherapy for this purpose, it is also useful in the form of an infusion.

Skin health: topical application of chamomile tea has shown positive effects in calming certain skin symptoms such as irritation, redness and flaking. Similarly, some use it in the case of burns or conditions such as eczema.

Bone care: the evidence regarding the consumption of chamomile and the prevention of bone diseases is still weak. Despite this, some hypotheses suggest that this drink has anti-estrogenic effects that help prevent loss of bone density.

What are the contraindications of chamomile tea?

For most healthy adults, consuming chamomile is safe and poses no risk. To date, there are no reports of fatal or toxic adverse reactions associated with the ingestion of this drink. However, it is not recommended in the following cases:

History of allergies to chamomile or plants of the daisy family.

People with chronic kidney or liver disease who should see a doctor.

Chamomile tea: what to remember?

Chamomile, in the form of an infusion or otherwise, is used as a supplement to improve the symptoms of certain conditions. However, it should in no way replace medical treatment.

Finally, people who wish to consume this plant can safely ingest 2 or 3 cups a day. However, in case of illness or medical treatment, it is best to consult a doctor.

Here Are 5 Everyday Habits That Are Dangerous To The Kidneys

Find Out Here Why Diclofenac, A Painkiller That Can Turn Out To Be Dangerous Among its Users.