By WillofGod (self media writer) | 1 year ago Looking up the meaning of Ai from the Google search engine,one is instantly boggled down by definitions of Artificial intelligence (AI). It (Ai) refers to the simulation of human intelligence in machines that are programmed to think like humans and mimic their actions. The term, they say, may also be applied to any machine that exhibits traits associated with a human mind such as learning and problem-solving. 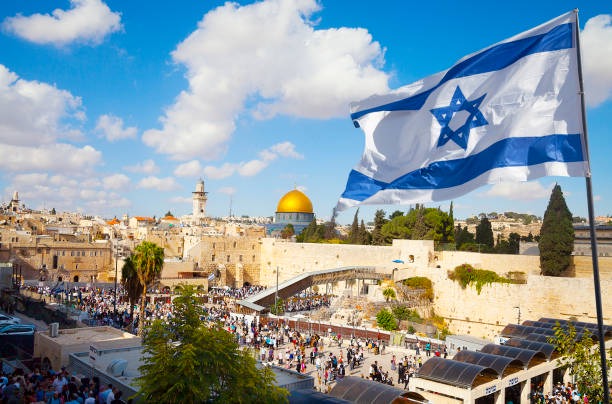 This however, is not what you are looking for. You are looking for the meaning of that city whose initial attempt to conquer, costed Israel 36 valiant men. The city that defied the conquest spree of the Lord's army, threatening a renewed league of the Canaanite nations to decimate Israel. This city's name, meant; "Heap of ruins" How appalling! This was opposed to the city of Jericho which now lay in ruins behind them! The name Jerichooriginates in the Canaanite word for "moon" (Yareaẖ) or the name of the lunar deity Yarikh for whom the city was an early centre of worship. The conquest of Jericho was to showcase between YHWH and the Moon God, to demonstrate who was supreme. With Sinai's account vivified in their minds, the Israelites understood how loatheful idolatry was in the Lord's eyes. Jericho was a city dedicated for utter destruction that it may never tempt Israel to practice it vices. By it's conquest, only God would remain sovereign. Starting on the new Moon day when veneration by the accursed city was highest, the Israelites army embarked on building up the momentum for the quake to bring Jericho to rubbles audaciously mocking the presumed moon god in the skies. Little did the inhabitants realise that it was their very last moon celebration. Jericho is brought down seven days later, a conquest that is then celebrated on the Sabbath rest.

There were two sets of treasures salvaged from Jericho; the harlot Rahab ( with those who sought refuge in her house) and Achan's ill-gotten collection ( a goodly Babylonish garment, 200 shekels of silver, and a 50 shekel wedge of gold).

Although Jericho was a vast city compared to Ai, the conquest of the smaller city proved an upward task to Israel that was weakened by playing host to a thing accursed.

Ai might have tempted some Israelites to dismiss it on face value due to its small size and the meaning of its name " heap of ruins" and therefore put off both caution and preparation needful to face every battle.

The valley of Achor where "the troubler of Israel" was weeded from among them (to turn away the wrath of Yah), is intimated in Hosea 2: 14-17 as the exercise that will re-energize the Lord's body of believers before they go out conquering and to conquer. Where as it is only Achan who individually was in offense, Elohim regarded it as a corporate offense that weakened the common cause, jeopardizing sanctity in the camp of the elect. He says;Josh.7.11 - "Israel hath sinned, and they have also transgressed my covenant which I commanded them: for they have even taken of the accursed thing, and have also stolen, and dissembled also, and they have put it even among their own stuff.

Mechanical thinking and artificial intelligence are more or less the same. Man is either acting as a machine or a machine is simulating humanoid activities. Either way both are unnatural. Achan's mechanical thinking reasoned out that the next city of conquest required no much preparation as had been Jericho. He assumed that since its name meant Heap of ruins, it was a walk over. He put his guard down and indulged while a string of fierce battles still lay ahead. He imagined that breaking just one commandment wouldn't affect the spree of conquests. They already had an upper hand with Yah on their side.

Even as the urim (guilty) and thummim (innocent) judgement ordeal arduously progressed in the congregation, Achan waited with uneasy curiosity instead of coming forth to save the exercise. He hoped he would not be found out, imagining Yah to be like men. This was true artificial intelligence, a presumed reasoning challenging Elohim, which brought his downfall.