5 Success Secrets of the Most Successful Individuals in the World

By MRIMPACT (self meida writer) | 21 days 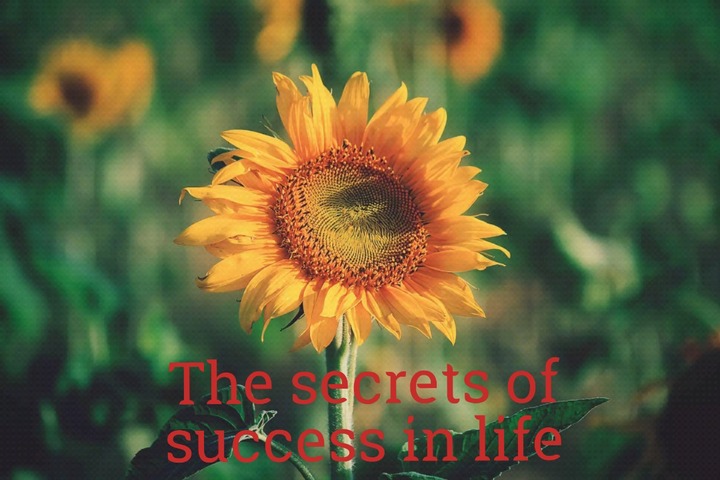 There is a book a recently read called the Science of success, and it says that there is a formula for everything in life.

Success has a formula, and if you systematically follow the laid down procedure, it will definitely yield tangible rewards.

The secret for success is very simple, and that's what I want to share with you today.

Please bequeath me just a few seconds of your very busy schedule, so that I can tell you the 5 secrets of success.

1.BELIEVE IN YOURSELF. You won't achieve anything meaning in life, unless you first start by believing in yourself.

This is the first step towards becoming successful in life, everything in life either rises or falls based on faith in your exponential potential.

Faith is the invisible eye that sees things that other people cannot perceive, and the way you see yourself is how people will ultimately perceive you.

If you perceive yourself as a failure, that is how other people will ultimately perceive you.

2. PERSISTENCE. Persistence is the greatest asset that you'll ever need, in your quest for success.

They say persistence breaks resistance, don't you ever give up in whatever you do at the first sign of trouble.

Nothing good in life comes easily, you have to develop mental stamina called persistence.

You need to be like KFC Restaurant Billionaire Colonel Sanders, who refused to give up.

After retiring from a dish washing and a cook job in a café at the age of 65yrs, he got $105 from the government.

He was totally devastated and he wanted to commit suicide, at the age of 65 years his life had be a train wagon of one failure after another.

To cut the whole story short, he got inspire and came up with a special chicken recipe.

He tried to sell his recipe to the restaurants in Kentucky but got rejected 1009 times, this didn't impede his desire to succeed.

He knew even though he got rejected 1009 times, ultimately one door will eventually open up to him one day.

His faith and persistence finally paid dividends, because the 1010 restaurant he visited finally gave him a nod.

And that's how KFC chain of Restaurants was born.

3. BE INNOVATIVE. Don't wait to be employed, use your head to stay ahead in life.

The greatest personality in the world history are innovators, people like Michael Faraday who invented electricity.

People like the Wright brothers who invented aeroplane, despite being a bicycle repair son's.

The world is full of exponential potential, but the problem is that we are too afraid of what people will say about us.

4. PURSUE YOUR DREAMS. Any success, always starts as a dream in someone's head.

The only way it will materialize is how much do you want it, you need to pursue your dreams like a man hungry man.

Don't listen to all the captivity of negativity voices all around you, people can make you abort your dreams.

They know how to discourage someone, from pursuing their dreams.

5. DETERMINATION. Don't agree to stop at any stop sign, on your road to success.

Be determined like a gold Miner, always know that at the end of the day, you will have a reward for all your troubles.

No matter how many times you hit a brick walk, keep on knocking your way to success.

Don't allow one disappointment to define who you are, you are more than that.

I know you have just lost you job because of the Covid 19 pandemic, but you can rise from this ugly situation, and become one of the greatest story people will be talking about for age's.