The surprising benefits of cinnamon 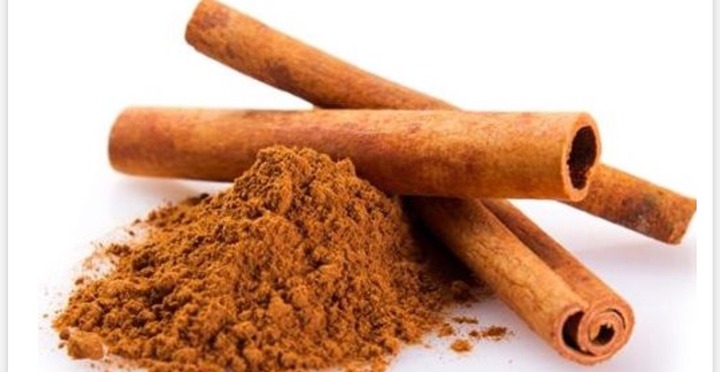 Delicious in desserts, sold in sticks or powder, cinnamon is above all a spice with many virtues. Always used in Chinese medicine, cinnamon is still known today for its many beneficial properties for our health.

Cinnamon is the bark extracted from the small tree called cinnamon, planted mainly in countries of South Asia or the Middle East such as India or China. With its unique smell and taste that adds gluttony to our recipes, we almost forget that it is above all an excellent health ally.

AGAINST COLDS AND FLUES

According to a study by the American Journal Of Clinical Nutrition published in 2006, cinnamon is ranked among the 50 most antioxidant foods. It is particularly used in winter, added to an infusion or a tea. This is no coincidence since this spice is an excellent source of manganese, iron and calcium. It strengthens the immune system and is therefore your main ally in case of flu, colds or headaches.

OUR RECIPE: In case of flu, infuse two cinnamon sticks for about 5 minutes in a cup of boiling water. Add a teaspoon of lemon, half a teaspoon of honey and grated ginger to it.

In addition to being anti-inflammatory and calming heartburn, cinnamon has antibacterial, anti-virus, anti-parasitic and antiseptic properties. All of these features reduce intestinal flora infections. Its virtues help our body to fight against digestion problems and reduce nausea.

OUR RECIPE: Here we favor cinnamon in the form of an essential oil. To reduce your feelings of bloating, dilute a few drops of cinnamon essential oil in vegetable oil. Perform clockwise circular motions on your abdomen.

AGAINST CHOLESTEROL AND DIABETES

Cinnamon is known to lower blood sugar levels. It is therefore widely used in patients with cholesterol or blood sugar. Cinnamon is also very effective for people with type 2 diabetes, since it increases the amount of insulin production in the blood.

OUR RECIPE: If you suffer from diabetes or cholesterol, nothing like a natural remedy in addition to your medical treatment. This is again an infusion. Simply mix a little cinnamon with a tablespoon of honey. Let your cinnamon stick infuse for a few minutes, then taste.

On the beauty side, cinnamon also has many benefits. In particular, it strengthens the scales of your hair, thus reducing their fragility and therefore their loss. It allows them to grow faster. Cinnamon also contains an enzyme, natural peroxidase, which naturally lightens hair.

OUR RECIPE: The homemade mask remains the best way to enjoy the beauty virtues of cinnamon. Before your shampoo, mix 4 tablespoons of cinnamon with 6 tablespoons of honey and a little water. Leave the mask on for 30 minutes to an hour on the ends and lengths, then rinse.

WHICH KIND OF CINNAMON SHOULD BE PREFERRED?

If you want to enjoy the benefits of cinnamon, it's a matter of not choosing just any. The most important thing is to buy it organic and fair trade. In addition, favor Ceylon cinnamon: it is the one that contains the most active ingredients. Powder or stick, opt for pure bark, in stick form. Cinnamon powder is more susceptible to adulteration since it can be mixed with other types of cinnamon from China or VIETNAM.