By Freemandriver (self meida writer) | 1 months 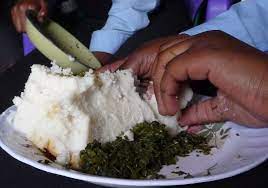 Food is one of the basic needs that we as human beings cannot survive without. The names that we give various dishes is mainly based on our cultures. It may be surprising to discover that a certain dish could be having over 10 names based on the cultures of different groups of people who consume it. In our country, many dishes are named in Swahili as it's our national language. However, many foods that we eat in our country were originally brought in by the early white settlers during the colonial period. The following is a list of popular foods in our country along with their initial English names.

Ugali is a dish made from maize flour. The dish is popular among many cultures since maize is the staple food in our country. The preparation time ranges from 15 to 20 minutes depending on the size of ugali that is being prepared. However how much the dish has been absorbed in many cultures across our country, it was originally an English food where it was known as "cornmeal mush". 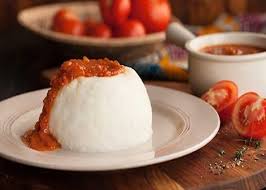 Githeri is a local dish made from boiling a mixture of beans and maize. It is a common meal that is treasured in many parts of our country, especially by the Kikuyu community. Despite being regarded as a local dish, Githeri is popular in some American states where it is known as "succotash". Githeri is best served hot with ripe avocadoes. 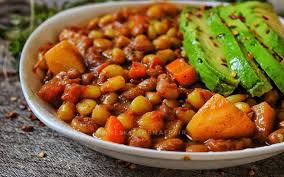 Potato chips, popularly known as "chips" is a dish made from deep frying slices of Irish potatoes. Many people tend to assume that "chips" originated from France due to their name. However, French fries were first made in Belgium in the late 1600s. The dish was not popular until in the early 20th century during the first world war. It is said that Belgian soldiers introduced the now world popular dish to their fellow allies during the war and that's how the recipe of the dish spread out to the rest of the world. 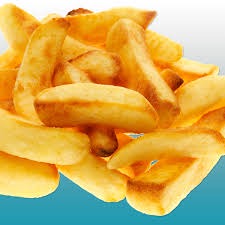 Omena is a dish popular to the Luo tribe living around lake Victoria. The tiny fingerling like fish are called Silver Cyprinid in English. The dish is normally made by boiling the fish together with spices to generate a thick stew. It is best served with ugali and red pepper. 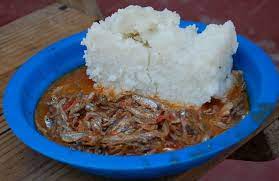 Please follow my page and also drop your comments below.