Warning: Avoid Cooking Beans With These Two Ingredients, They Destroy The Liver

By Creativity.com (self media writer) | 1 month ago

Beans are widely regarded as one of Africa's best foods, thus mothers frequently incorporate them into dishes for their children with custard, pap, rice, yam, plantain, potatoes, and so on. Some people of all ages have found that beans, which are rich in protein, are the perfect diet choice. Among Africans, there is a common belief that eating beans may cause one to sprout extra inches of height if done consistently over time. 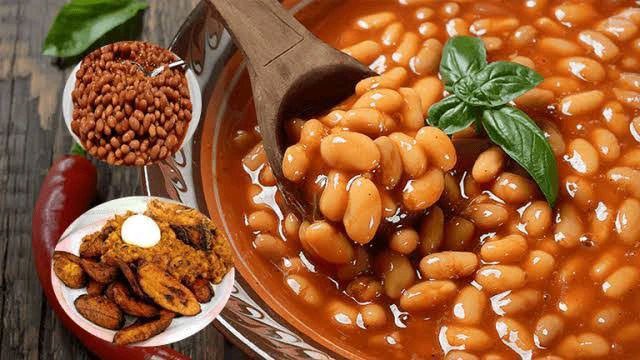 Unlike other pantry staples like rice, yam, potatoes, etc., cooking beans takes an inordinate amount of time. In order to save time and money, most people in Africa are looking for new, more effective ways to boil beans. Some individuals are unaware of the severe dangers that certain bean-cooking techniques pose to the human body and its vital organs.

Many modern cooks use shortcuts that call for a large number of ingredients in order to reduce prep time. Many of these elements pose serious health risks and should be avoided at all costs. Just be patient while cooking the beans, and you won't have any problems. Bean preparation is a science, so don't ever deviate from the tried-and-true. Keeping to a diet that's high in healthful foods won't be as challenging.

I've seen that many Nigerians use potash and paracetamol to help them get through the kitchen more quickly. If you are one of these people, you must cease immediately, my sweetheart.

Toxic ingredients in food are not only bad for the cook, but also for the health of the people who eat it. That includes husbands and children, as well as anyone who eats at a canteen, neighbourhood restaurant, or home cooked meal where dangerous ingredients have been utilised.

Traditionally, potash and paracetamol are used in Nigerian cooking. The liver is an extremely vital organ, and this might potentially harm it. Also, a damaged liver prevents the body from mitigating the harmful consequences of salt intake.

Paracetamol is an effective drug, but it should never be heated because doing so releases poisons that are harmful to the body. The chemicals that women traditionally used in the kitchen were not the only ones that posed serious health risks. Detergents can be dangerous if they come into touch with cracked eggs during boiling eggs, so be careful if you plan to use them. It is crucial to take care of the liver, kidneys, heart, and blood.

Do yourself a favour and swap out the potash and paracetamol in your cooking for more healthier alternatives, such onion. Because to the internet's ability to provide us with information on how to create healthy meals along with all their nutritional value, we've been able to save time and effort.

Since ignorance is fatal, you shouldn't make the statement that "most of us stop eating everything" if your health and wellbeing are important to you. Remember that your time on Earth is limited, and strive to make the most of it. Take care of yourself, and be proud of what you've accomplished.

I'm interested in hearing your opinion on this. When it comes to the author, where do you stand? Please share your thoughts in the comment section below.

Content created and supplied by: Creativity.com (via Opera News )