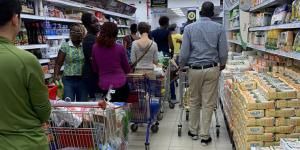 Government agency, Kenya Bureau of Standards (KEBS), has finally issued a statement regarding the harmful juice brand that was recalled from the market on Wednesday, October 13.

In a detailed statement shared on their social media page on Friday evening, October 15, KEBS noted that the juice brand had not been released into the market for distribution after arriving in the country on September 28, from South Africa.

From their operation, they seized batches of Ceres apple juice at the distributor’s depot in Nairobi’s Industrial Area, after its samples were found to contain higher levels of patulin.

“A team of KEBS officers visited their premises located along Lunga Lunga Road in Industrial area in Nairobi, on Thursday and confirmed that the 300 cases of 12 x 1 litre packs of Ceres apple juice imported from South Africa, have not been released into the market,” the statement read in part.

KEBS visited the premises after alarm was raised by the Common Market for Eastern and Southern Africa (COMESA) Competition Commission. Kenya was among the countries that had imported the juice brand.

The government agency noted that it had taken other samples for further laboratory analysis to verify if they are also contaminated.

"The affected batch has been placed under seizure awaiting disposal of the same based on the self-declared non-compliance. Meanwhile , applying the principle of extent analysis samples were drawn from other batches of the product from within the premises of Weetabix East Africa Limited for analysis, to confirm if the exceedances in the levels of the contaminant is limited to only the affected batch or extends to other batches," their statement read.

To ensure that the consumers are protected, KEBS vowed to heighten its operations to seal all loopholes that necessitate such products finding their way into the Kenyan market.

"Further surveillance of similar products in the market will be conducted in the ensuing days to confirm that juices sold in the country are safe. All entry points have been alerted to be on the lookout to ensure that none of the affected batches get entry into the Kenyan market," they added.

They maintained the juice brand will only be released into the market upon confirmation that it is safe for human consumption.

"Juices have been placed on the high risk list, to be released only upon confirmation that requirements, especially in the contaminant at issue, patulin ,have been complied with."

According to the World Health Organisation (WHO), patulin may cause nausea, gastrointestinal disturbances and vomiting.

Top 5 Most Trusted Companies In Kenya