Five Most Expensive Watch Brands in the World. 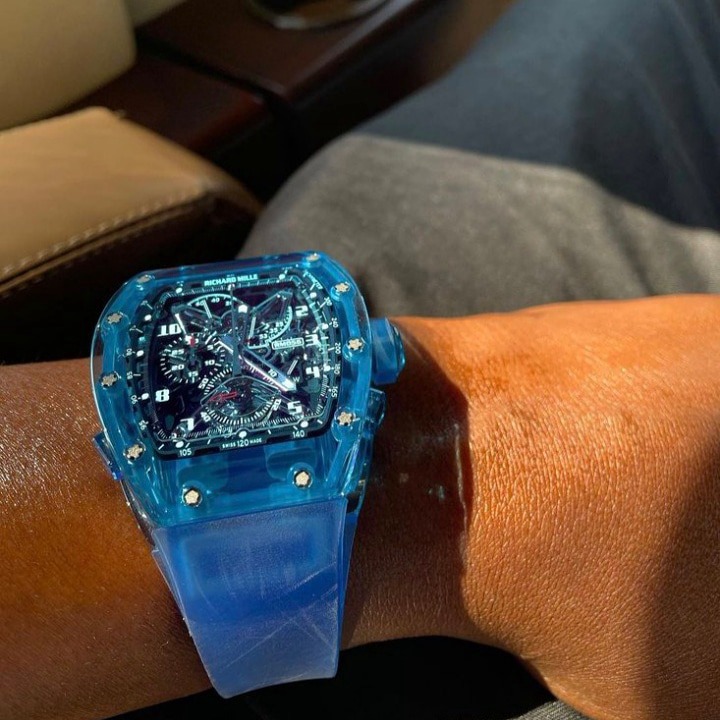 Richard Mille had been in the watchmaking industry since 1974. It was his drive to create revolutionary luxury watches that brought him to launch his own brand in the year1999. Mr. Richard Mille created his first watch in 2001 where he utilized techniques and materials used when crating airplanes and F1 racing cars. One of the brand’s first slogans were, “a racing machine on the wrist.” which is still in use now. Mille combined his love of the Swiss watchmaking tradition with technologically innovative materials.

He established his brand’s style with the tonneau-shaped case, which resembles a barrel shape. Every piece must fit perfectly together to prevent moisture or dust entering the watch. Mille invests years and millions of Swiss francs into analyzing how the components used in racing yachts, Formula 1 cars and aerospace can be used in watchmaking. Due to Mille’s rigorous production and high-end components, these watches have a highly limited production.

Richard Mille’s most expensive watch is the RM008 Tourbillon which retails at a whooping $7,306,000. This watch features a tripartite sapphire case with a pulley system that suspends the movement from the sapphire case. The strap is made with nano-strengthening properties which provides optimal comfort, elasticity, and water resistance. 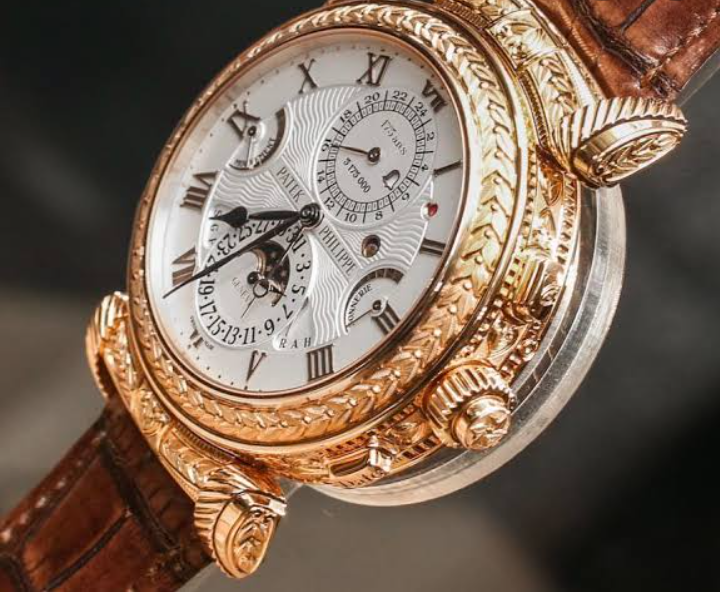 Patek Philippe was founded in 1839 by Antoine Norbert de Patek and remains the last independent, family owned Genevan watch manufacturer. Patek was captivated by Geneva’s rich watchmaking history and the brand continues to pursue traditional Genevan watch making to this day. In 1845, Patek brought French watchmaker Jean Adrien Philippe into his company after learning of Philippe’s invention of a mechanism for winding a watch’s movement without a separate key. The invention of a keyless movement was so visionary that today’s watch winding mechanisms still follow this design concept.

Patek encouraged “artisanal perfection, the lavish decoration of watches with engravings, enameling techniques, and precious stones that transform them into luxurious works of art.” While Philippe emphasized the advancement of watch’s core mechanisms and complications. In 1977, Philippe Stern, the CEO of Patek Philippe understood that classic mechanical watches could only stand a chance against quartz watches if these watches were a truly high-end product, comparable to a work of art. Patek Philippe has their own research and development team to create all of their timepiece’s movements and external components in-house. All of their watches are regarded by the brand as exclusive pieces with their own seal of quality to demonstrate their high quality and dependability.

Patek Philippe’s most expensive watch is the ref. 1518 in stainless steel that sold at auction for over $11 million in 2016. Made in 1941, this rare perpetual calendar chronograph is one of only four known to exist in steel, with most of this series being made in yellow gold and rose gold. The dial features Arabic hour markers, moon phases and a tachymeter scale. According to the luxury watch collecting website, Phillips, they describe the ref. 1618 has having “classic style, elegance and state-of-the-art innovations,” and that owning one is “a privilege enjoyed by only a very fortunate few.” 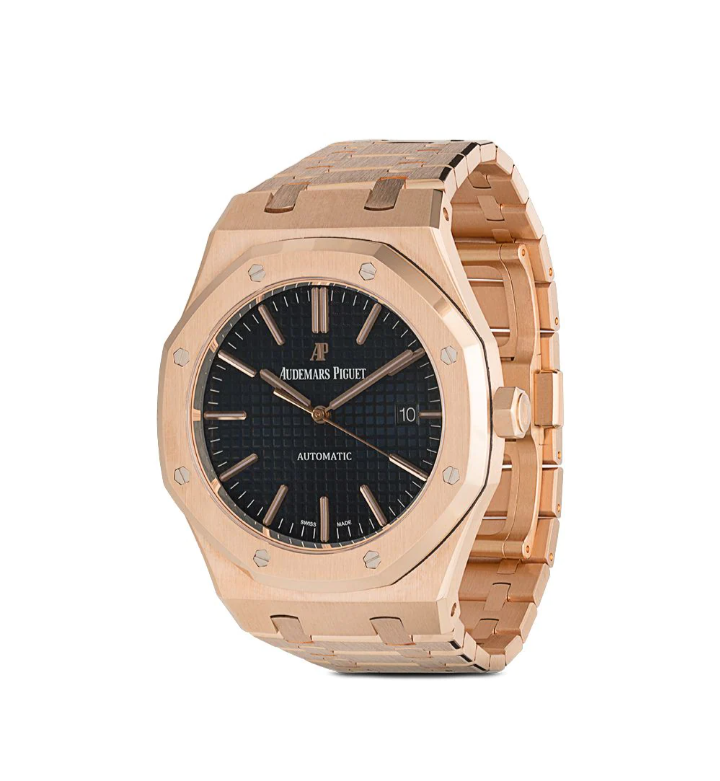 Famously known as AP, Audemars Piguet was created in 1875 by Jules Louis Audemars and Edward Auguste Piguet. They were inspired by the natural beauty of Vallée de Joux in Switzerland. The brand unified the traditional foundations of watchmaking with the evolving technical skills of the time to create a timepiece that is an exceptional work of art. From 1882 to 1892, over 80% of their watches had at least one complication, and in many instances, numerous. When the Royal Oak Offshore was first unveiled in 1993 it was considered uncommonly large for the time at 42mm. This watch conveyed durability and fortitude, eventually attracting the attention of celebrities like Jay-Z,The Migos and Kanye West thereby shifting watch trends.

Audemars Piguet’s most expensive watch is the Royal Oak Complication valued at $869,000. This watch has an 18 carat white gold exterior, 52 jewel movements and transparent sapphire case back. The blue dial features the “Grande Tapisserie” pattern, white gold hour-markers and Royal Oak hands. Wearers of this watch will be able to perfectly keep time until the year 2100, thanks to its perpetual calendar. 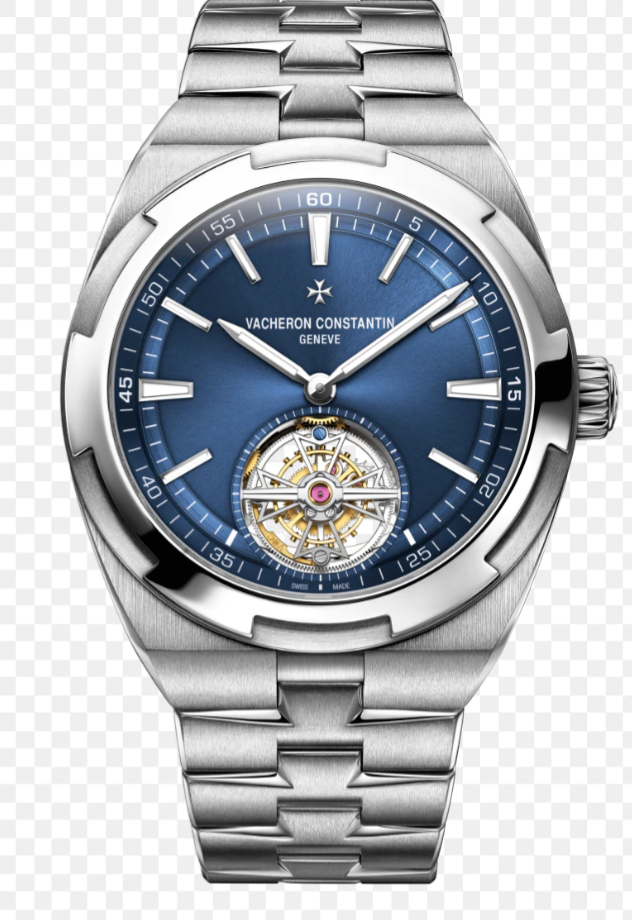 Vacheron Constantin was founded in 1755 and is the oldest fine watch manufacturer in the world. In 1790 they are credited with creating the first known complications for days and dates. They also made the first six quarter-repeater watches which can strike the hours and quarters if the wearer so wishes. When Georges Auguste joined the company in 1839, he was able to standardize the watches movements into calibers, revolutionizing the timepiece industry.

Vacheron Constantin’s watches have possessed the hallmark of Geneva since 1901 which means that their watches comply with the traditions of Genevan workmanship. All of their watches are guaranteed to be durable, work flawlessly, and made with ethically sourced components.

Vacheron Constantin’s most expensive watch is Kallista, Greek for “most beautiful,” which is estimated to be worth $11 million. This watch was originally made in 1979 for $5 million as 118 emerald cut diamonds cover the entire watch. This watch required 6,000 man hours and 20 months to encrust its jewels. 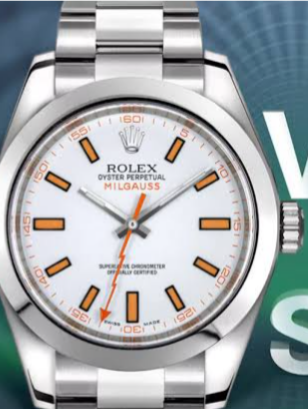 Arguably the most iconic of luxury watches, Rolex’s started out as a company called “Wilsdorf and Davis” in 1905, London. Originally an importer of Swiss watch movements into the UK, the brand grew and made its name in. 1926. with the first fully waterproof watch: the Oyster. Today, a symbol of luxury and success worldwide, Rolex watches have become a staple among the rich and famous. In fact, Paul Newman’s Rolex Daytona sold at auction for a record-breaking price tag of $17.8 milliion.