By Jobwanjala (self media writer) | 12 days ago

Ancient Egyptian fashion consisted of clothes adorned with a variety of colors and precious gems and jewels. While fashion in Ancient Egypt was primarily constructed for the purpose of comfort, this did not mean that ancient Egyptians felt they should sacrifice beauty for comfort.

The Egyptians used linen to make most of their clothing. Perfect for a hot climate. White was the most common choice of color, but they also used red, blue and yellow. Sandals were the usual foot cover in ancient Egypt, made from plant fibers or leather. Scholars also found a fur-lined boot in one ancient house. The Egyptians believed in cleanliness and felt that hair could make a person less clean. Most men shaved their faces and priests had to shave their entire bodies. Wealthy men and women often shaved their heads and wore wigs made of human hair, sometimes mixed with plant fiber. 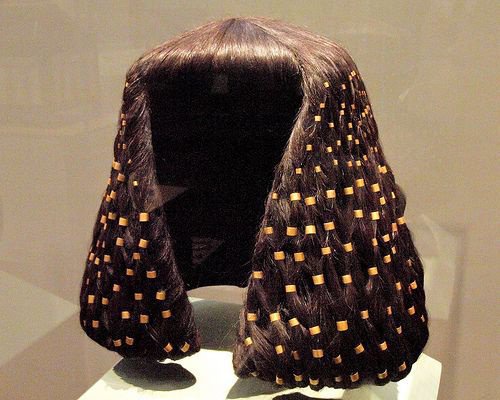 The Pharonic headdress quite commonly seen in depictions of Egyptian kings was just one of the many headdresses common to ancient Egyptian fashions. The various gods of Egyptian mythology all also had their own headdresses and women also commonly styled their hair in elaborate fashions and donned headdresses; although not of such an elaborate style. 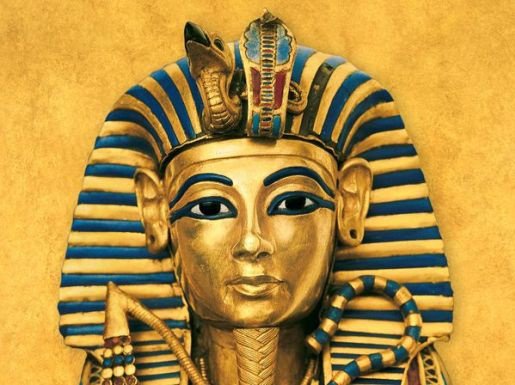 Jewelry was extremely popular throughout the history of the Egyptian nation. All classes in Egyptian society wore jewelry. A popular type of jewelry was the amulet, believed to protect the wearer. Both sexes wore jeweled collars made of strings of beads, as well as armbands, bracelets and anklets. Finger rings often had seals on them. Beginning in the New Kingdom, some Egyptians pierced their ears and wore earrings. 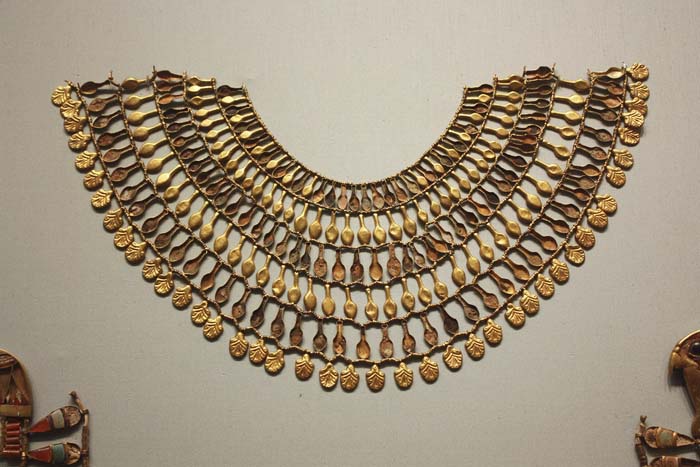 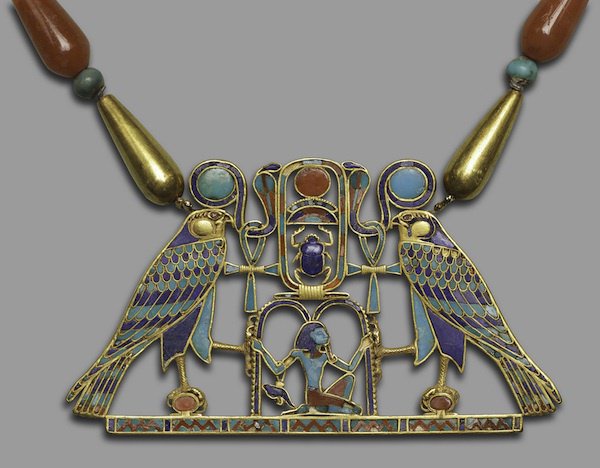 Both men and women in Ancient Egypt wore make-up. It protected their skin from the damaging effects of the desert climate. The black eyeliner is one of the most recognizable elements of fashion in ancient Egypt. 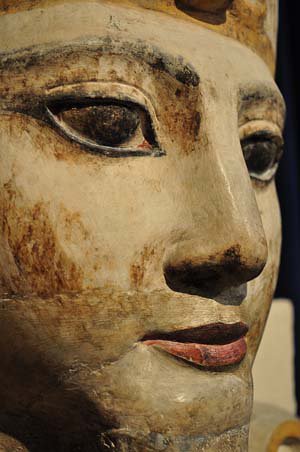 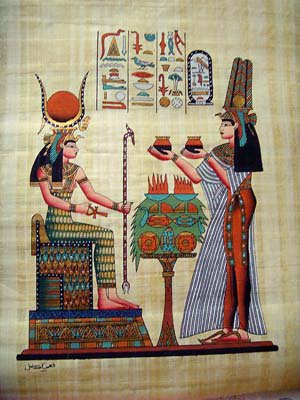 Poor Egyptian men often only wore a loin cloth while working. Upper-class men wore knee-length kilts, made of a rectangular piece of linen, with pleats or a stiffened front. They wrapped the kilts around their bodies and either tied them or used something to fasten them in place. Sometimes, men wore cloaks during cool weather. 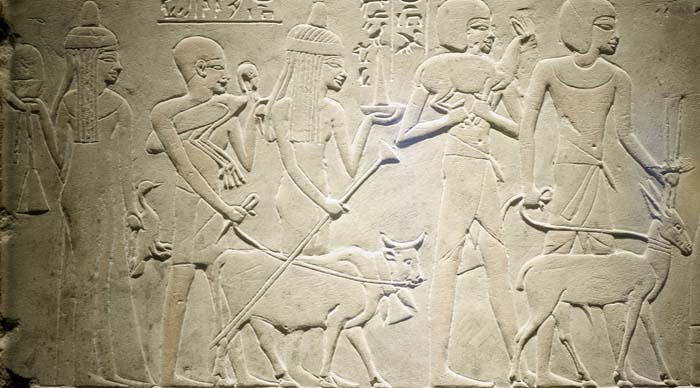