By Annnjeri (self media writer) | 6 days ago

Former Prime Minister Raila Odinga has had tongues wagging in recent weeks as he has been spotted donning the latest trendy and fashionable outfits as he continues to popularize his bid of being the next president of Kenya.

Baba has given special mention to Ali and Henry as the brains behind his new look with Raila acknowledging the two for their immense sense of fashion and credits them for the youthful attires he has been spotted in. 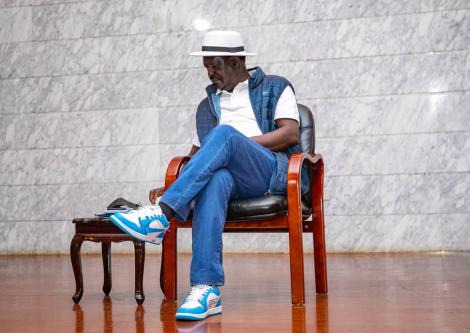 On Tuesday, October 12, the hawk-eyed Netizens spotted Raila's latest taste as he was seen donning a Sleeveless navy blue jacket, a pair of jeans and Jordan Air sneakers by Nike which evoked wild reactions.

Ali has now opened up on his fashion journey which traces back to his high school years where he used to sell clothes to his schoolmates to bag the extra coin and opened his shop immediately after he had sat for his form four exams. 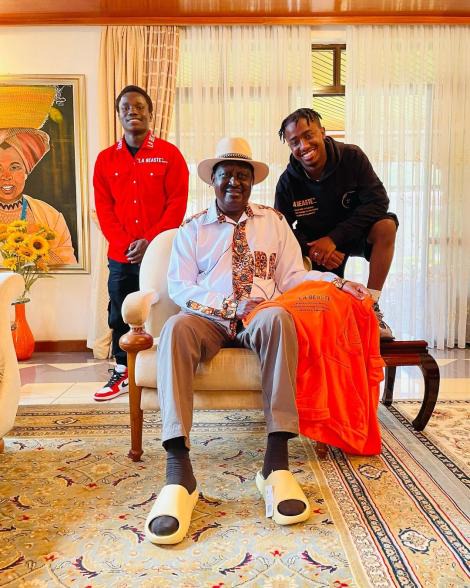 Popularly referred to as the Nairobi West Niccur by his close allies, Ali recalls meeting the former Prime Minister earlier in May through one of his friends who introduced him to Baba.

“I started an online business called thrift trendy which grew slowly where I later opened my first shop where the first stock was amounting to Ksh50,000, I met the former Prime Minister through my friend Hillary. I was really shocked when I saw Raila since he didn’t tell me that I was meeting him." he narrates. 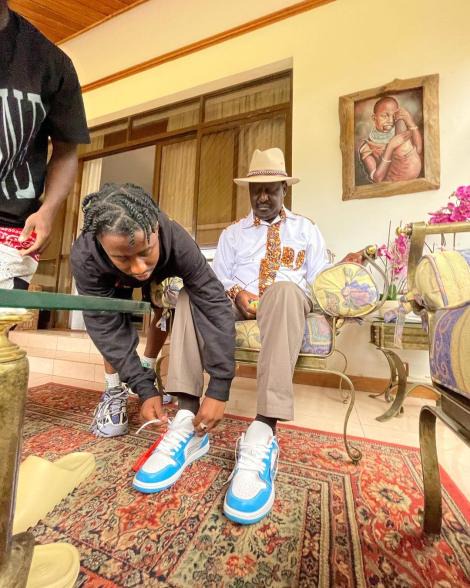 He also reveals that it was during his visit that he managed to sell some of his designs under La Beaste Designs and Sneakers but has also dressed other popular figures and celebrities like Babu Owino, Kaligraph Jones, Trio Mio, Motif the Don, Breeder Lw and Masauti.

The fashion guru now has plans to grow his brand to the international market and will focus on opening branches in East Africa and Africa at large.